Workplace Challenges: How Indian Millennials are struggling to survive?

Are you one among the struggling workforce of India? Take a look at the challenges faced by Indian Millennials as per the research conducted by top agencies. India by 2020 will emerge as a youngest country, with a median age of 29, thereby becoming one of the biggest countries to have a pool of millennial generation in its workforce participation. As per a report from Morgan Stanley Research, there a more than 400 million Millennials in India that comprises of 46% of the total workforce.

It is a generation, born between 1980 and 2000 and is currently employed in the economy and contributing in the GDP of the nation. Hence, the future of the business gets directly affected by their career aspirations, attitude towards the work, and knowledge regarding the new technologies. In a nutshell we can say that they define the culture of the 21st century workplace.

Why do they matter?

A significant portion of workforce emerges from this subset. They're the prime bread earners in their respective households. The Millennials are engine of our economy and hence their well-being must be a prime concern for our nation.

But when you enter corporate settings, life doesn’t remain the same bed of roses. You are ought to face various challenges that have the potential to bog you down. Here are a few challenges that make our millennials less productive and efficient in the office settings.

A survey conducted by Harvard Business Review (HBR) Ascend wherein around 1,700 people aged between 18 and 34 from various industries in India were contacted. As per these respondents, office politics is one of the major hindrances in bringing down their productivity. 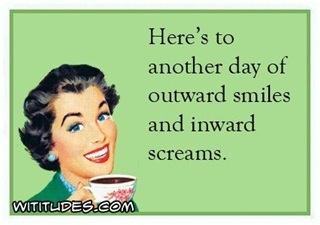 No less than 42.39% of the respondents mentioned that office politics causes stress and anxiety to them. It further results in lack of concentration and makes them restless and ambiguous about the scope of work. As a surprise, women respondents were more affected by the malice of office politics and felt pressurised at work!

Organisation must put extra effort to check if the employees are not engaged in dirty politics at work. This phenomenon carry and organisation cost and sometimes organisations end up losing valuable talent to the competitor due to unhealthy working culture.

Another survey finding reveals that over 80 per cent of India's work harder than their bosses. The survey was conducted Talentedge, a Delhi-based Ed-Tech firm wherein over 1,000 young professionals across eight metros were contacted via social media and one-on-one calling. The responded who participated in the survey mentioned that they spent more than 12 hours, whereas only two per cent of their superiors spent the same time at work.

For the millennials excessive work hours leading to work pressure reduce their productivity. It becomes hard to work and their contribution towards the organisation's growth shows a downward graph.

There are other qualitative aspects that are a cause of concern for the working professions in this bracket. Randstad Employer Brand Research conducted a survey in which over 7,500 employees from India participated in 2017. They survey findings revealed that millennials were increasingly giving importance to work-life balance. Nearly 45% of all respondents considered work-life balance as a challenge and that they consider this factor before joining any new organisation.

Millennials want more flexible and diverse policies that can help them maintain a healthy work-life balance. Twenty eight per cent respondents mentioned that it is a challenge for them to balance their work-life and that organisation delivers the promise of being diverse but fails to deliver them.

Why Struggle to Survival?

The major drawback through which most Indian millennials suffer is their lack of soft skills. The survey finds of Harvard Business Review (HBR) Ascend has brought to light that although the Indian are talented and well-equipped with technical skills, on the contrary, they lack on four key building blocks that are essential for successful career growth. These blocks are:

3. Power to persuade, and

The findings of HBR and other reputed research firms concur with the findings of Federation of Indian Chambers of Commerce and Industry (FICCI) which has also highlighted the lack of soft skills to impede the survival of India’s millennial workforce in the corporate settings.

If this group of working professions learns the art of communication, self-awareness, and self-management then it might not face such challenges in their career growth.