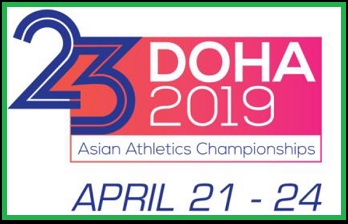 The 23rd edition of the Asian Athletics Championship concluded in Doha, Qatar on April 24, 2019. India with 17 medals (3 Gold, 7 silver and 7 bronze) finished fourth in the tournament.

The four-day event saw participation from 63 nations across the world. Bahrain topped the tally with 11 gold, 7 silver and 4 bronze, followed by China with 10 gold, 13 silver, 7 bronze and then Japan with 5 gold, 4 silver, 9 bronze.

Gomathi fought her way from the back of the pack and shocked the field to take the women’s 800m gold. It was the 30-year-old Tamil Nadu athlete’s first major gold. She surprised Kazakhstan's Margarita Mukasheva and China’s Wang Chunyu to take the medal with a personal best timing of 2:02.70s. Her previous best (2:03.21) came with the Federation Cup gold recently in Patiala.

Saroj clocked his season-best time of 3 minutes 43.18 seconds to clinch a silver behind Bahrain's Abraham Kipchirchir Rotich who clocked 3:42.85.

Javelin thrower Shivpal Singh produced a huge 86.23m effort to bag the silver medal. His effort was nearly four metres more than his previous best of 82.56m that came at last month’s Federation Cup at Patiala. He was the second best Indian in the event, after Neeraj, the Asiad and Commonwealth Games gold medalist pulled out of the event with an elbow strain.

Annu Rani opened India’s account at the Championship with a silver medal in women’s javelin throw. Rani bettered her performance at the 2017 Athletics Championship with a throw of 60.22 metres in her first attempt. It was, however, more than 2m short of her national record-shattering effort of 62.34m during Federation Cup in March 2019.  Huihui Lyu of China won the gold medal with a throw of 65.83 in her second attempt. 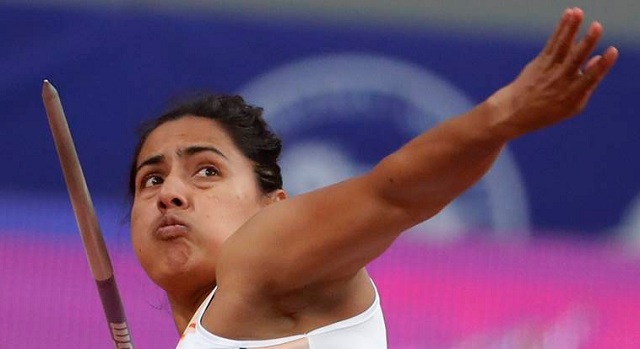 Parul Chaudhary claimed the bronze medal with a time of 15:36.03 in the women’s 5000m race. Chaudhary also bettered her earlier personal best of 15:58.35, which she had clocked during the Federation Cup.

The 22-year-old logged 5993 aggregate points from the seven events to finish second behind Ekaterina Vornina (6198 points) of Uzbekistan, while Purnima Hembram, the other Indian in the fray, was fifth with 5528 points.

The sprinter, who had finished fifth in the women’s 100m, brushed away the disappointment by winning bronze in 200m semifinal with a timing of 23.33s.