General Bipin Rawat will serve as the principal military advisor to the Union Defence Minister. 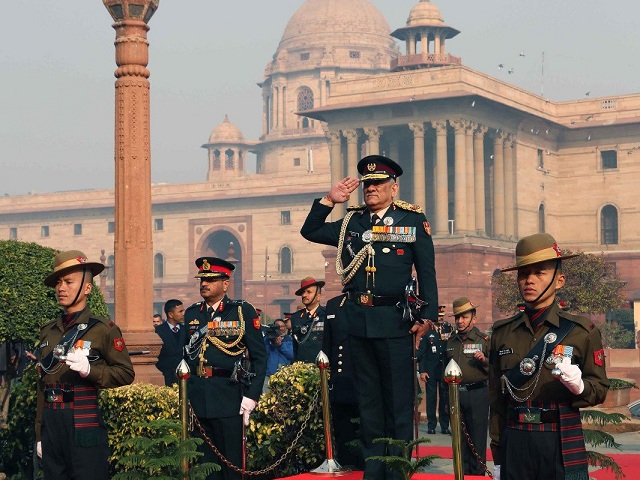 General Bipin Rawat took charge as India’s first Chief of Defence Staff (CDS) on January 1, 2020. The General will now serve as the principal military advisor to the Union Defence Minister.

General Bipin Rawat assumed the office of CDS after he retired as Army Chief on December 31, 2019. The Chief of Defence Staff post has been created newly in India. The CDS  is a four-star General.

The Chief of Defence Staff will also serve as the head of the new Department of Military Affairs to ensure unity in training, logistics and procurement of the three armed services. 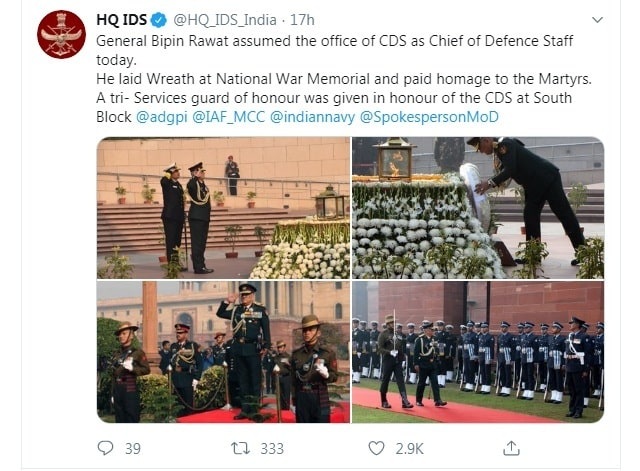 The tenure of the Chief of Defence Staff will be maximum up to the age of 65 years. The defence ministry amended the army, air force and navy rules to bring in the new clause that relaxes the age limit.

As per the existing rules, the maximum term of the Army Chief is three years or the retirement age of 62 years, whichever is earlier. General Bipin Rawat, who is yet to reach 62 years of age, is retiring as he has completed his three years as Army Chief.

• The Chief of Defence Staff will be responsible for the administration of all three armed services including the army, navy and the air force. The main command of the services will be, however, with the respective Chief of the service.

• The CDS will be the principal military adviser to the Union Defence Minister but the chiefs of all three services will also continue to advise the minister on matters exclusively concerning their services.

• The key role of the CDS will be to ensure optimum utilisation of allocated budget, synergy in the procurement of weapons, training and operation of the three services through joint planning. The CDS will form the overall defence acquisition plan for the tri-services.

• The Chief of Defence Staff will also serve as the head of the newly formed cyber and space agencies and the tri-service agency of Special Forces. The deployment of the Special Forces will, however, be decided by the ground commanders.

• All tri-services institutions will also come under the authority of the Chief of Defence Staff. The main role of the CDS will be to ensure coordination in joint operations. He will not have any operational role and military command.

• Further, the Chief of Defence Staff will also hold the post of permanent chairman of the Chiefs of Staff Committee.

• The CDS will also not be eligible to hold a government office after retiring from the post.

Prime Minister Modi had announced the creation of the new post of Chief of Defence Staff during his Independence Day speech on August 15, 2019. The Union Cabinet, chaired by PM Narendra Modi, had later approved the proposal for the creation of a new Department of Military Affairs (DMA).

The Department of Military Affairs will fall under the Union Defence Ministry and the Chief of Defence Staff will function as its head.

Comprising both civilians and military officers, the department will mainly work to promote unity in the procurement, training and staffing for the three services.

With the creation of the new department, the existing Department of Defence will focus on larges issues relating to the nation’s defence.