The DAC gave its approval for three projects that will be indigenously designed, developed and manufactured by the Indian private sector. 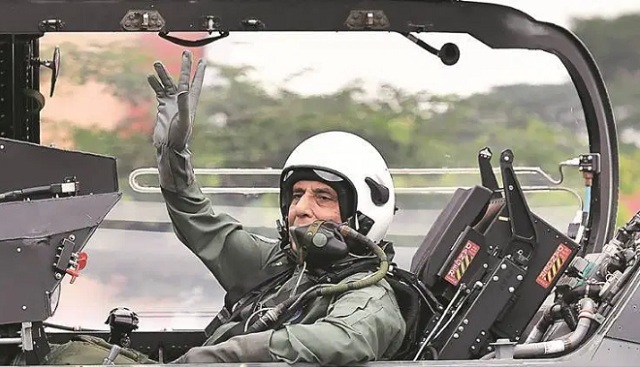 The Defence Acquisition Council (DAC) has approved capital procurement worth over Rs 3,300 crore of indigenously designed and developed equipment for the defence forces.

The DAC gave its approval for three projects that will be indigenously designed, developed and manufactured by the Indian private sector, in line with its attempt to boost Make in India initiatives.

This was decided during a meeting of the Defence Acquisition Council on October 21, 2019, which was chaired by Defence Minister Rajnath Singh.

Following are the three projects:

1. Third-generation Anti-Tank Guided Missiles: The project will provide special capabilities to the troops in case of an armoured battle as fire, forget and top attack capabilities.

2. Auxiliary Power Units for the T-72 and T-90 Tanks: The project would incorporate the required upgrades to the night fighting capabilities and the fire control system of the Tanks.

3. Electronic Warfare systems: The project involves the manufacturing of discrete electronic warfare systems for the mountain and high-altitude terrain. The systems will be designed and developed by DRDO and manufactured by the Indian private sector.

The approved projects will be taken forward under the Make-II Category and they are expected to provide a boost to indigenous research and development in the Private Sector.

This is the first time that the Defence Ministry has allowed complex military equipment to be designed, developed and manufactured by India’s private sector.

To boost Make in India initiative, the Defence Ministry has increased its focus on procuring indigenously designed, developed and manufactured military equipment.

The Ministry aims to create a robust and self-reliant domestic defence industry and enhance defence exports.

The Defence Acquisition Council is chaired by the Union Defence Minister Rajnath Singh. The council gives policy guidelines to acquisitions, based on long-term procurement plans.

The DAC aims to ensure expeditious procurement of the approved requirements of the armed forces with all the required capabilities and in the prescribed time frame by optimally utilizing the allocated budgetary resources.

The DAC was constituted by the Union Government in 2001 to counter corruption in the sector and speed up the decision-making process in military procurement.