The local residents of the islands have been advised to move to higher ground. 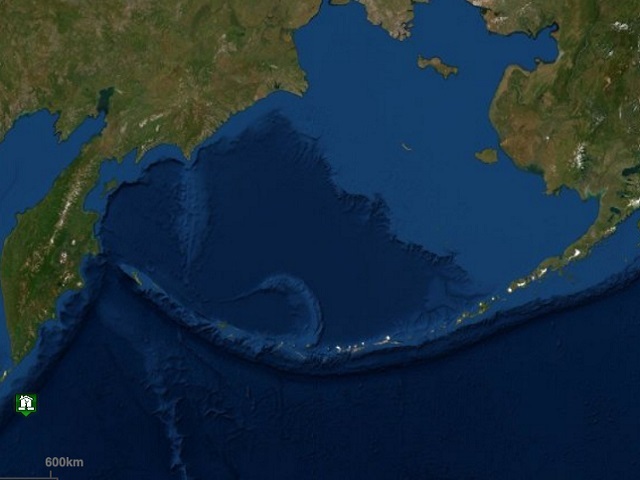 An earthquake with the magnitude of 7.5 was felt across Russia’s Kuril Islands on March 25, 2020, leading to issuance of tsunami alert that was later canceled.

The local residents of the islands moved to higher ground even though there is no eminent tsunami threat. The epicentre of the earthquake was 210 km southeast of Severo-Kurilsk, a town that is home to around 2500 people. The town is located on the Kuril island of Paramushir.

According to the Russian Emergencies Ministry, no casualties or damage has been reported so far but the residents have been requested to move to higher ground.

The Russian Emergencies Ministry reported a small tsunami wave measuring up to 50 cm or 1.6 feet. The Pacific Tsunami Warning Center also reported that very small tsunami waves were generated by this earthquake. The centre has dismissed the possibility of any further threat. However, the Russian Emergencies Ministry has stated that the local residents will remain in a safe place at a higher ground until the tsunami threat is fully over.

Kuril Islands: All you need to know

The Kuril Islands also known as a volcanic archipelago are a chain of islands located between Russia’s Kamchatka peninsula and Japan’s Hokkaido island. They separate the Sea of Okhotsk from the Pacific Ocean.

There are 56 islands and minor rocks including greater Kuril Chain and Lesser Kuril Chain. The islands are home to about 20,000 people.

All the islands fall under Russian administration. However, Japan claims to have the right over four of the southernmost islands of Kuril chain since the end of the Second World War. The disputed islands are known as the Northern Territories in Japan.

The Kuril islands dispute or the Norther Territories dispute is a tussle between Russian and Japan over the sovereignty of the four southernmost islands of the Kuril chain.

The four disputed islands along with other Kuril islands were taken by the Soviet Union during the Kuril Islands landing operation at the end of World War II.

The Kuril Islands landing operation was launched by the Soviet Military to capture the islands from Japan.

The four disputed islands include:

According to the San Francisco Peace Treaty signed between the Allied powers and Japan in 1951, Japan must give up all its right, title and claim to Kuril Islands. The treaty, however does not recognise Russia’s sovereignty over the islands.

Japan claims that some of the disputed islands are not a part of the Kuril chain and hence are not covered in the treaty. Russia, on the other hand, claims that its claim to the islands was recognised in the post World War agreements. The talks over the dispute continue till the present day.