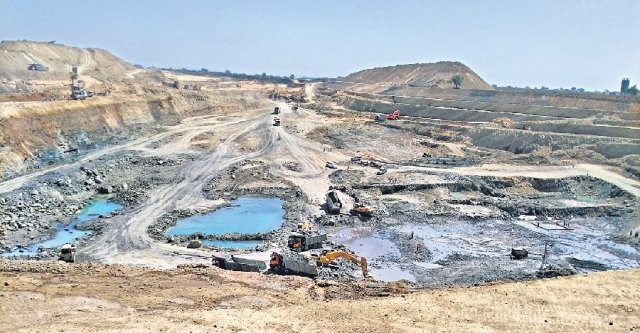 The ministry has approved the diversion of about 3,200 hectares of forest land for the project construction based on the recommendations of the Forest Advisory Committee (FAC).

• The ministry has allowed diversion of the forest land spread over eight forest divisions — Mahadevpur, Karimnagar-Sircilla, Siddipet, Yadadri, Medak, Nizamabad, Banswada and Nirmal — for taking up the project work.

• The Kaleshwaram Lift irrigation project has been designed to irrigate 7,38,851 hectares of land in the upland areas of the former undivided districts of Adilabad, Karimnagar, Nizamabad, Warangal, Medak, Nalgonda and Rangareddy.

• The project across River Godavari near Kaleswaram in Karimnagar district was proposed by the Telangana state government at an estimated cost of over Rs 80,500 Cr.

• Claimed to be the costliest irrigation project to be taken up by any State till date, the project aims to help divert 180 tmc of water from Godavari River to irrigate land and provide drinking water to over 65 villages.

The Ministry while giving its approval instructed the state government to take up compensatory afforestation over non-forest land equal to the forest land being diverted for the project, within a period of three years from the date of receipt of the stage-II forest clearance.

Once the Forest Department prepares estimates for the compensatory afforestation, the State will make payment of the cost involved in its implementation, paving the way for the final stage-II clearance.

According to officials, the stage-II clearance can be expected within two months.