Government employees of J&K, Ladakh to get allowances as per 7th Pay Commission

Government employees of J&K and Ladakh UTs will now get salaries and benefits as per the 7th CPC. 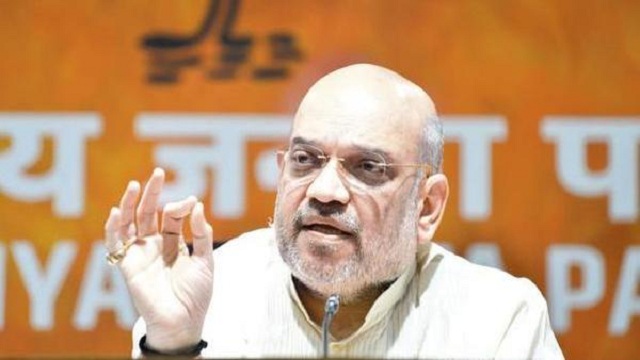 The government employees of the two Union Territories- Jammu & Kashmir and Ladakh will now get their salaries and other benefits as per the 7th Pay Commission.

Union Home Minister Amit Shah approved the proposal of payment of all 7th CPC allowances to the government employees of the two UTs. The Union Home Ministry also issued the necessary orders in this regard.

The move is expected to benefit over 4.5 lakh government employees, who are currently working in the state of Jammu & Kashmir. Jammu and Kashmir was bifurcated into two Union Territories- J&K and Ladakh on August 5, 2019. The two Union Territories will come into existence on October 31, 2019.

The annual financial implication of the payment of the 7th Central Pay Commission allowances such as fixed medical allowance, children's education allowance, transport allowance and hostel allowance to the government employees of the two UTs will tentatively be Rs 4800 crore.

The Indian Parliament had on August 5, 2019 approved a resolution that proposed abrogation of the special status provided to the state of Jammu and Kashmir under Article 370 of the constitution.

The Parliament had also approved the Jammu and Kashmir Reorganisation Bill, 2019, which proposed bifurcation of the state into two Union Territories- Jammu & Kashmir and Ladakh.

Following the bill’s passing, PM Narendra Modi had announced on August 8 that all financial facilities being given to the employees of other UTs as per the recommendations of the 7th pay commission will also be extended to the employees of UTs-J&K and Ladakh.

The J&K Reorganisation Bill, 2019 was passed by the parliament on August 5.

The bill proposed the abolishment of the Jammu & Kashmir Legislative Council and splitting of the state into two Union Territories.

The two UTs- J&K and Ladakh will come into existence on October 31, 2019. With this, the role of J&K Governor will cease to exist and it will be replaced by the Lieutenant-Governors of the two union territories.