The Appointments Committee of the Cabinet on 6 November 2017 approved the appointment of revenue secretary Hasmukh Adhia as the new Finance Secretary of the country. 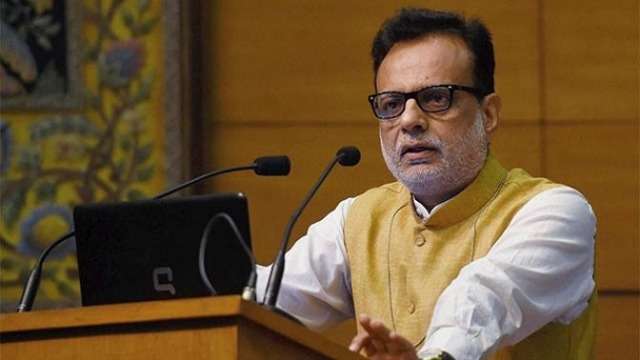 The Appointments Committee of the Cabinet on 6 November 2017 approved the appointment of revenue secretary Hasmukh Adhia as the new Finance Secretary of the country.

Adhia would be succeeding Ashok Lavasa, who announced his retirement last month. The new appointment was announced through an order issued by the Department of Personnel and Training.

According to the committee, the senior most secretary in the Finance Ministry is designated as the Finance Secretary.

The Union Ministry of Finance comprises five departments, the secretaries of which are as follows:

• He is 1981 batch IAS officer from Gujarat Cadre. He has also done a PhD in Yoga from Swami Vivekanand Yoga University in Bangalore.

• He is a Gold medallist in post graduate programme in Public Management and Policy (PGP-PMP) from IIM Bangalore.

• Under the Union government, he served as the revenue secretary and financial services secretary.

• He has also previously served as a consultant to the United Nations Industrial Development Organization (UNIODO).