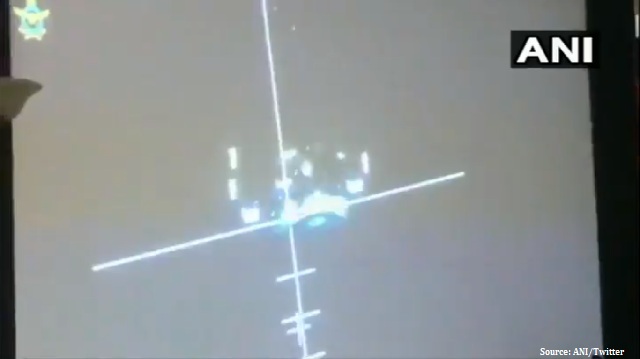 The promotional video showcases the success story of the Balakot airstrike when the IAF fighter jets had successfully targeted and eliminated the Jaish terror camp in Balakot. However, the video footage is not from the actual strike on February 26. This was clarified by the IAF Chief during its release.

The video features a voice-over that takes the viewers through the journey of the airstrikes and how the Indian Air Force was prepared when Pakistan in a retaliatory move to Balakot, attempted to launch an airstrike on India on February 27.

The promotional video on the Balakot airstrike in Pakistan's Khyber Pakhtunkhwa province first shows visuals of people protesting against the Jaish-e-Mohammad terrorist group for its deadly Pulwama terror attack of February 14, in which 40 CRPF personnel martyred.

The video then shows visuals of IAF planning to avenge the attack and features shots of Indian fighter jets taking off, identifying the terror camp and dropping bombs on the target within minutes.

The video also showcases shots of the next day, February 27, when Pakistan retaliated by launching an attack on India by sending in its fighter jets but was unsuccessful due to the prompt response by the Indian Air Force. In the ensuing dogfight, the IAF managed to successfully stop the Pakistani jets from entering the Indian air space.

On February 14, 2019, a suicide bomber attacked a convoy carrying Central Reserve Police Force personnel in Pulwama district of Jammu and Kashmir, which resulted in the death of 40 CRPF personnel. The responsibility of the attack was claimed by Jaish-e-Mohammed, a militant group based in Pakistan.

After getting a free hand from the central government to plan its response, the IAF in the early hours of February 26, 2019, coordinated a retaliatory attack to destroy a Jaish camp in Balakot. The IAF’s Mirage-2000 fighter jets took off from various airfields in India, crossed the border to enter Pakistan occupied Kashmir and launched targeted missiles on the terror facility, which is known to be JeM’s largest training camp in Pakistan's Kyber Pakhtunkhwa.

India claimed the mission to be a success and stated that the terror camp was completely dismantled and a large of terrorists had been killed.

Wing Commander Abhinandan Varthaman was taken in by the Pakistani forces as a prisoner of war but he had to be released two days later after increasing international pressure.