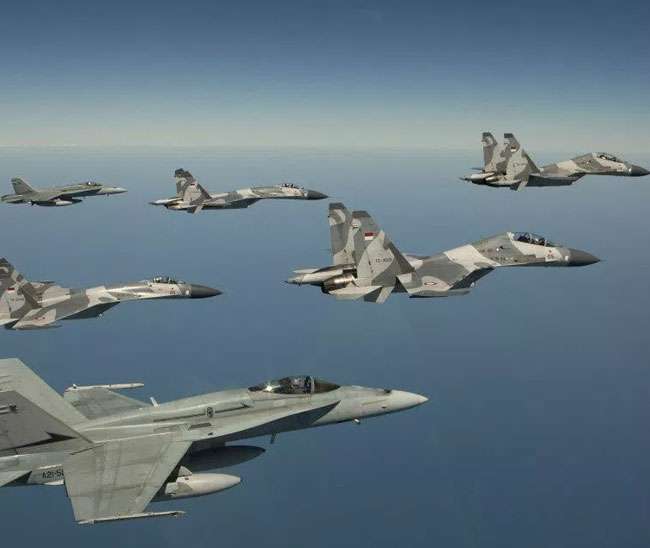 • As part of military diplomacy and to reassure India’s commitment to regional peace and security, IAF engaged with the Indonesian and Malaysian Air Forces while en-route to Australia.

• IAF engagement with Indonesian and Malayasian Air Forces and its participation in the Exercise Pitch Black-18 once again showcases its capability to be an effective net security provider in the region.

• By navigating across the ocean, with precise air to air engagement with tanker aircraft and ability to operate over the international airspace, the Indian Air Force reaffirms that it would always play progressive role in showcasing India’s military capability.

• The exercise involves over 100 aircraft from around the globe and provides a unique opportunity to the air-warriors to operate in a dynamic warlike environment.

• The exercise features a range of realistic, simulated threats which can be found in a modern battle-space environment and is an opportunity to test and improve force integration.