Indonesian President Widodo-led government looks forward to form the Capital similar to Washington D.C. and letting Jakarta sustain as the business, trade and financial hub, similar to New York in the United States. 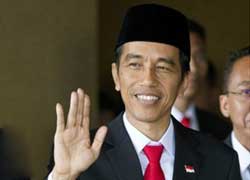 Story 1: Indonesia plans to relocate its capital from Jakarta

Indonesia on April 29, 2019 announced its plans to move its capital away from Jakarta. President Joko Widodo’s government plans to establish a new Capital out of the crowded Java Island to ensure more equitable development of the country amid environmental concerns and overcrowding issues.

The new location is yet unknown. President Widodo-led government looks forward to form the Capital similar to Washington D.C. and letting Jakarta sustain as the business, trade and financial hub, similar to New York in the United States.

The announcement regarding the same was made by Planning Minister Bambang Brodjonegoro after the Indonesia’s National Development Planning Agency (Bappenas) presented its initial study on the capital relocation plan during a Cabinet meeting led by President Widodo.

The National Development Planning Agency or Bappenas presented three alternatives for relocation of the Indonesian Capital. Have a look at these alternatives:

• The first alternative was to keep Jakarta as the capital but establish a new government district around the Presidential Palace and the National Monument to improve efficiency.

• The second alternative was to establish a new capital located 50 to 70 kilometres outside of Jakarta.

• The third alternative was to confer the capital status upon a city outside the Java island, preferably located in the centre of Indonesia to speed up development throughout eastern Indonesia.

• Planning Minister Bambang noted that the first two options would not address the issue of overpopulation in Jakarta.

• Considering that the capital relocation shall serve the vision of long-term development agenda of Indonesia, the Government decided to resort to the third alternative.

Concerns behind the capital relocation

Another reason is that Jakarta is prone to annual flooding and is one of the world’s fastest sinking cities. The World Bank has earlier mentioned in one of its reports that half of Jakarta is below sea level and it continues to sink at an alarming rate.

As per the estimates, the capital could probably be 40 to 60 centimetres lower in 2025 than it was in 2008. In such case, the sea water may enter the Presidential Palace, which is located some five kilometres inland. By 2050, the large parts of the megacity could be entirely submerged.

One of the main causes of this sink is the extraction of groundwater which is used as drinking water and for bathing.

Japanese Emperor of ‘Heisei’ era, Akihito began his abdication rituals on April 30, 2019 at a Shinto shrine, marking the end of his reign with hope for a new era. Akihito announced his retirement before other members of the royal family and top government officials.

Japan on April 1, 2019 declared ‘Reiwa’ as the name of its new imperial era that will begin on May 1, 2019 once the new Crown Prince Naruhito, son of Akihito, ascends the Chrysanthemum Throne.

In a separate ceremony, Naruhito will inherit the Imperial symbols of office - sword and jewel, as well as Imperial seals as proof of his succession as the nation’s 126th emperor.

This era will be the 248th in the history of Japan.

Era name ‘Reiwa’ is drawn from “Manyoshu”, the 7th century poetry collection. The name ‘Reiwa’ is made up of the two characters ‘Rei’ and ‘Wa’, which stand for ‘order’ and ‘peace’, respectively.

Japan has the practice of "one emperor, one era name”, which was adopted with the beginning of ‘Meiji’ era from 1868 to 1912.

In Japan’s modern period, there have been four era names: