Indian shuttler Kidambi Srikanth on 29 October 2017 lifted the men's singles title of the French Open Superseries badminton in Paris. Srikanth beat Japan's Kenta Nishimoto 21-14, 21-13 in the final to clinch the title.This is Srikanth’s fourth title in the fifth superseries final after winning in the Denmark Open, Indonesia Open and Australia Open. 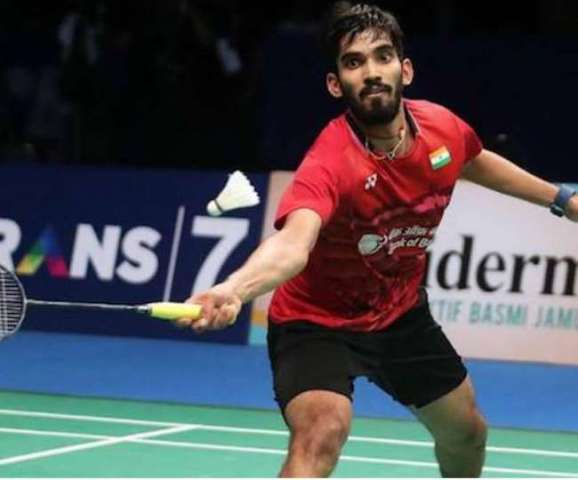 This is Srikanth’s fourth title in the fifth superseries final after winning in the Denmark Open, Indonesia Open and Australia Open.

The Women's doubles title was won by Greysia POLL and Apriyani Rahayu who defeated Lee Sottee and SHIN Seung Chen 21-17, 21-15.

The French Open is an annual Badminton tournament held in France.

What you should know about Kidambi Srikanth?

• He has won Denmark Open, Indonesia Open and Australia Open earlier in 2017.

• Srikanth outshined Saina Nehwal as the only Indian to win four Super Series titles in a year. Saina won three in 2010.

• Srikanth is the only Indian to win back-to-back titles that is two titles in two consecutive weeks in a season.

• He is the fourth in the world behind legends like Lin Dan, Lee Chong Wei and Chen Long to win four men's singles titles.