Former Pakistani cricketer Imran Khan declared victory in Pakistan’s general elections on the basis of projections made by television stations, following a vote that was stained by allegations of fraud and militant violence. 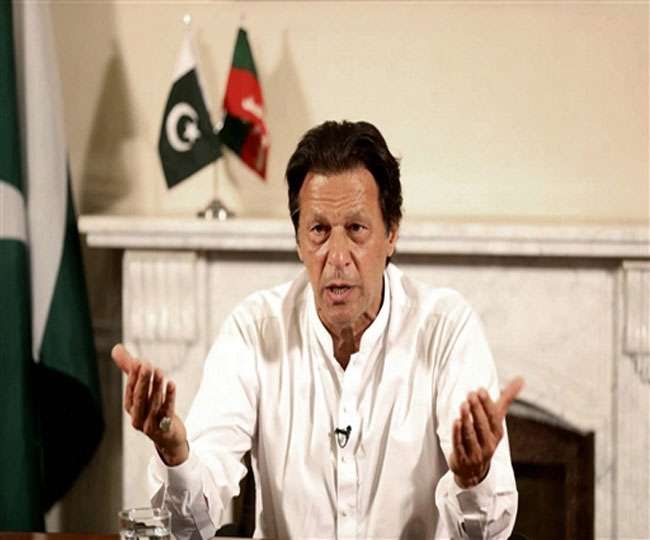 Though PTI has emerged as the single largest party in the National Assembly, the party is still short of numbers to form the government on its own. Now, all eyes are on the PTI to reach out to smaller parties and independents to form the next government.

Now, it is quite clear that the PTI will have to form a coalition government in the country.

A vote stained by allegations of fraud and militant violence

In 71-year history of Pakistan, the Pakistan Elections 2018, that were held on July 25, 2018, marked the second time that one civilian government has handed power to another in the country of 200 million people. There was, however, widespread concern during the campaign about manipulation by the military.

Former Pakistani cricketer Imran Khan had declared his victory, before the declaration of official results, just on the basis of projections made by television stations, following a vote that was stained by allegations of fraud and militant violence.

With just half the vote counted, Khan’s leading rival, Shahbaz Sharif, who heads the Pakistan Muslim League-Nawaz (PML-N), rejected the vote and said that Khan took military support during the campaign. The PML-N is a party of the jailed former Prime Minister Nawaz Sharif.

Leaders of all six major parties alleged that their polling agents were evicted from ballot-booths by security officials in breach of electoral rules.

Even, the Human Rights Commission of Pakistan (HRCP) had raised questions over the voting process and said that it received complaints that in many areas women were not allowed to vote.

However, Khan maintained his stand while denying allegations made by PML-N and claimed that “this election has been the fairest in Pakistan’s history.”

He promised to create a ‘new Pakistan’ for everyone and to improve Pakistan’s governance, widen the tax base and shun the VIP lifestyle of previous rulers. He even announced to transform Prime Minister’s house into an “educational institution”.

The army also dismissed the allegations of meddling. This year, Pakistan’s army deployed 371000 soldiers at polling stations across the country, nearly five times more than the last elections in 2013.

Campaigning in Pakistan was even marred by violence. On the voting day itself, a bomb killed many people at a polling station in western city of Quetta. At least 29 people, including two policemen, died and more than 40 wounded.

The Islamic State of Iraq and the Levant (ISIS) group claimed responsibility for the attack at its Amaq website.

Reactions against the vote

Who is Imran Khan?

• Khan was born and raised in Pakistan's eastern city of Lahore, Punjab.

• He was schooled at Lahore's Aitchison College and graduated from Oxford University in 1975 with a Bachelor's degree in philosophy, politics and economics.

• Khan had an illustrious career in international cricket spanning two decades from the 1970s.

• An international cricket star, Khan led Pakistan to a World Cup victory in 1992.

• Immediately after winning the World Cup, he retired from cricket and devoted his time to philanthropy and social work and launched Pakistan's first specialised cancer centre ‘Shaukat Khanum’.

• Khan first entered politics in 1996 by launching his own political party named Pakistan Tehreek-e-Insaf (PTI), but struggled for years on the political sidelines.

• His party garnered a provincial victory at the 2013 general elections and governed the northwestern Khyber Pakhtunkhwa province for five years.

• Apart from holding onto his image as a cricket star and a politician, Khan also authored various pieces including ‘Pakistan: A Personal History’.