IFFI 2019: Rajinikanth, legendary actor was honoured with the ‘Icon of Golden Jubilee of IFFI'.

IFFI 2019: Rajinikanth was honoured with the special ‘Icon of Golden Jubilee of IFFI’ award at the opening ceremony of the 50th International Film Festival of India (IFFI) in Goa on November 20, 2019.

French actress Isabelle Hupert was also conferred with the 'Lifetime Achievement award' for a 'foreign artiste' on the occasion. Isabelle Hupert is one of the most famous and popular French actors of her generation and she had won the Golden Globe in 2016 for her performance in ‘Elle’.

To commemorate the 50th edition of the International Film Festival, 50 films by women directors will be showcased at the event. Overall, 200 foreign films have been received for the festival, among whom 24 are in the race for Oscar nominations.

Also read: Emmy Awards 2019: A complete list of all the winners

Rajinikanth was conferred the special Icon award by Amitabh Bachchan in the presence on Union Information & Broadcasting Minister Prakash Javadekar and Goa CM Pramod Sawant. The special award has been constituted this year by the Government of India. 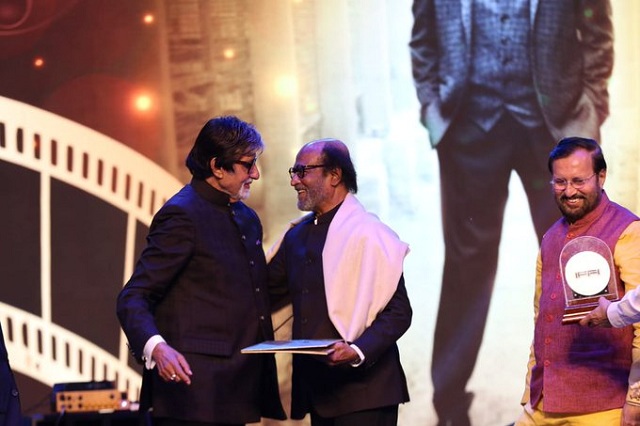 The legendary actor dedicated his award to all the producers, directors and technicians, who worked alongside him in the realm of films and supported him throughout his career. 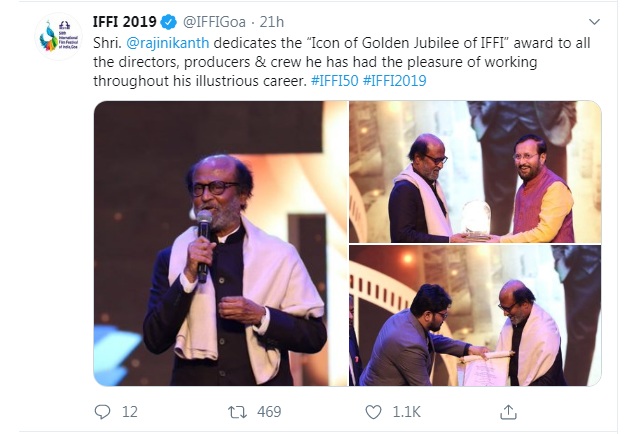 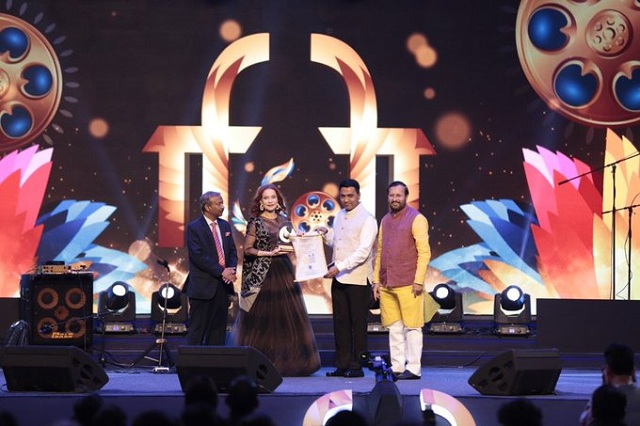