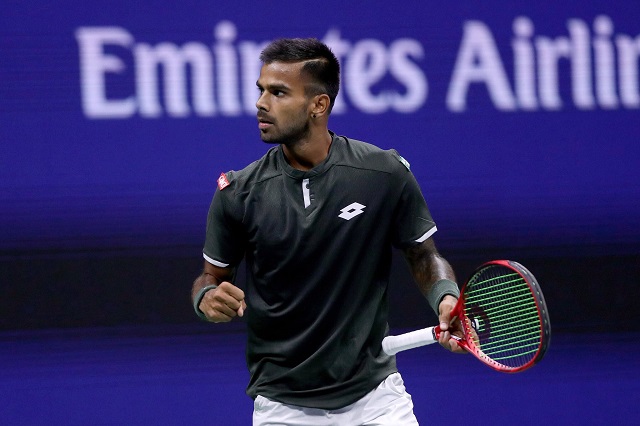 US Open 2019: Sumit Nagal has become the first-ever Indian tennis player to win a set against tennis giant Roger Federer. The Indian achieved this feat on August 26, 2019 during his first-round match against Federer in the ongoing US Open.

The 22-year-old Sumit Nagal outclassed the legendary Roger Federer in the first round 6-4. However, Federer bounced back and won the remaining three matches, 1-6,2-6,4-6.

With the feat, Nagal became the fourth player to win the opening set against Roger Federer at the US Open after Peter Wessels (Netherlands), Jose Acasuso (Argentina) and Frances Tiafoe (America).

Sumit Nagal and Roger Federer were very close in the first round, with both going back and forth and at one stage, the round was tied at 4-4 but then Nadal won continuous games to win the first set 6-4.
Roger Federer got his game back in the second set and continued the winning momentum into the third and the fourth set.

Sumit Nagal is currently ranked at the 190th position in the ATP rankings.

Sumit Nagal had earlier won the Wimbledon boys' doubles title in 2015 with his Vietnamese partner Ly Hoang Nam, defeating the doubles pair of Reilly Opelka and Akira Santillan in the final. He had then become the Indian player to win a junior Grand Slam title.