China, which holds UNSC Presidency for May, outlined that an ultimate way out of the Palestinian issue lies in the implementation of the two-state solution. 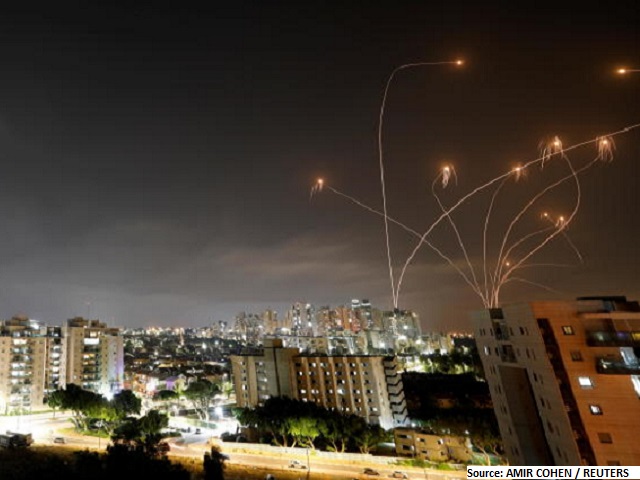 The United Nations Security Council (UNSC) held a meeting on the Israel-Palestine situation on May 16, 2021. The meeting was chaired by the Chinese State Councilor and Foreign Minister Wang Yi.

UN Secretary-General António Guterres was the first of nearly two dozen speakers on the meeting's agenda. He called the hostilities between the two parties 'utterly appalling' and said, "the current violence in Gaza & Israel only perpetuates the cycles of death, destruction & despair, and pushes farther to the horizon any hopes of coexistence & peace." He asserted that the fighting must stop immediately.

This was UNSC's first public meeting on the Israeli-Palestine conflict. The UNSC had met privately twice last week over the worsening violence.

China holds UNSC's rotating presidency for the month of May. Chinese Foreign Minister Wang Yi said in his statement that the escalating conflict between Israel and Palestine has caused a large number of casualties, including women and children and the situation is extremely critical and severe.

He asserted that the international community must act urgently to prevent the situation from further deteriorating.

China advocated the following in response to current tensions between Israel and Palestine:

1. Ceasefire is a current priority: China called upon both parties to the conflict to immediately stop military actions and any action that worsens the situation including rocket launches, airstrikes and ground offensives.

3. International support is an obligation: China urged that the UNSC must take effective action on the Israeli-Palestinian conflict and reiterate its firm support for the "two-state solution," and calm down the situation. The nation also called on the United States to support the Security Council in playing its due role in easing the tensions, rebuilding trust, and resolving the situation. China also called all the organisations and countries that have an influence in the region to play a more active role in the situation and make more effective effort.

The foreign minister of the Palestinian Authority, Riyad al-Maliki implicitly rebuked the US and other powers that have defended Israel’s right to protect itself from Hamas rocket attacks. He asserted that such arguments make Israel “further emboldened to continue to murder entire families in their sleep.”

Israel’s ambassador to the United Nations Gilad Erdan rejected any attempt to portray the actions of Israel and Hamas as moral equivalents. He urged that “Israel uses missiles to protect its children,” while “Hamas uses children to protect its missiles.”

Israel's Benjamin Netanyahu had vowed earlier to continue striking Gaza “until we reach our targets."

US Ambassador to UN

The US Ambassador to the United Nations, Linda Thomas-Greenfield said that US President Joe Biden had spoken with Israeli and Palestinian leaders, while US Secretary of State Antony Blinken had also been engaging with his counterparts in the region.

She called on Hamas to stop its rocket launches against Israel and expressed concerns about inter-communal violence and warned against incitement on both sides and said the United States is prepared to lend its support and good offices should the parties seek a cease-fire.

US President Joe Biden had earlier on May 15th spoken with Israel's Benjamin Netanyahu and President of the Palestinian Authority, Mahmoud Abbas in separate calls to speak about efforts to broker a cease-fire.

The envoys from all of UNSC's 15 members have though urged an immediate de-escalation, there is no indication of what next steps the council will take to resolve the situation.