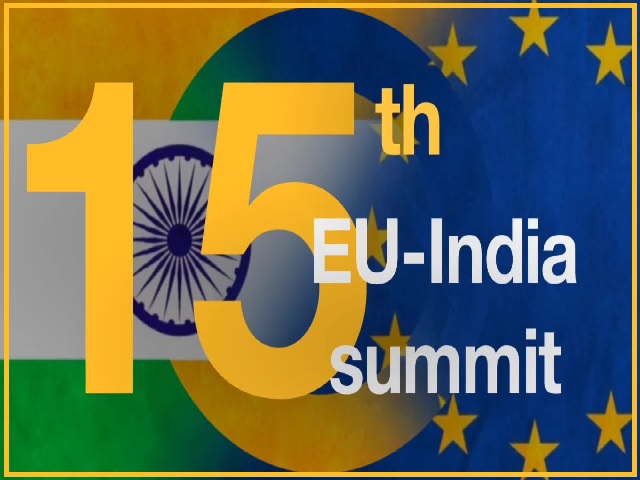 On July 15, 2020, the 15th India-European Union Summit 2020 was held via video conferencing. The Indian delegation at the India-EU summit will be led by Prime Minister Narendra Modi while the European side will be headed by President of the European Council Charles Michel. The last summit between India and the European Union was held on October 6, 2017.

The leaders at the summit 15th Summit adopted 'EU-India Strategic Partnership: A Roadmap to 2025' to guide cooperation between India and the European Union for the next 5 years. The Euratom-India Agreement was signed between both the sides for research and development cooperation in the peaceful uses of nuclear energy. Both the sides have agreed to continue the successful cooperation on nuclear fission in the frame of the ITER project. A joint declaration on resource efficiency was also signed. The Science and Technology Agreement was renewed for the next five years in the virtual summit. The 16th India-EU Summit will be held in the year 2021.

The two sides have also agreed to strengthen the India-EU Clean Energy and Climate Partnership, which was discussed earlier in the previous summit. Both the sides have also agreed to cooperate with the Coalition for Disaster Resilient Infrastructure (CDRI). CDRI was launched by India to ensure that the infrastructures are resilient to climate change.

India and the European Union have also reinforced their cooperation in International Solar Alliance (ISA), International Platform on Sustainable Finance (IPSF). The unprecedented pandemic was also discussed between both the sides.

What is the ITER Project?

International Thermonuclear Experimental Reactor (ITER) was established on October 24, 2007, and is headquartered at France. This will be the world's largest magnetic confinement plasma physics experiment. The project is sponsored and funded by seven member entities-- the European Union, Japan, India, China, Russia, South Korea and the United States.

As of now, 'Jaitapur Nuclear Power Project' is a proposed project between France, a member state of the European Union and India and if built it would be the largest nuclear power generating station in the world and will have a net generation capacity of 9,900 MW.

1- A joint statement was released to strengthen the India-EU Strategic Partnership.

2- A joint statement was released on Cooperation in Combating Terrorism.

3- A joint statement was released on Clean Energy and Climate Change.

4- A joint declaration was made on partnership for Smart and Sustainable Development.

5- A €500 million EIB loan agreement was signed for the Bangalore Metro Phase-II Project.

6- A joint declaration was made between the Interim Secretariat of the International Solar Alliance and the European Investment Bank.

What is the European Union?

The European Union is a political and economic union of 27 member states that are located primarily in Europe. The member states are:
1- Austria