Union Territory of Delhi: A snapshot of the Economy

Delhi is one of the largest metropolises in India. It is the capital of the Republic of India. Delhi is counted among the richest states/UTs of India. It is also the centre of national politics, trade, literature and culture in India.

This article is based on the economic  scenario of the National capital Delhi.

Important facts about Delhi at a glance:-

Now let us know some economic facts about Delhi. 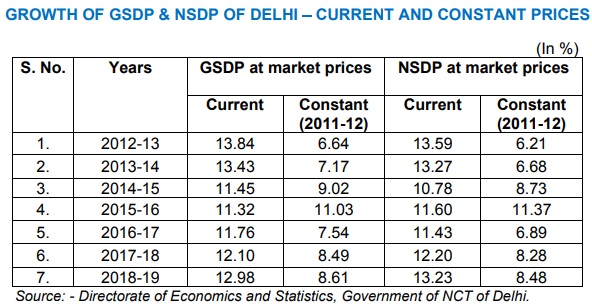 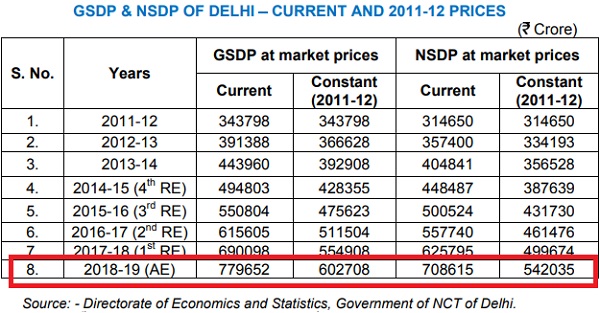 4. Key industries in Delhi are; IT and ITeS, Banking, construction and real estate, Tourism and Logistics financial services and insurance (BFSI), and Agri & processed food.

6. Delhi/National Capital Region (NCR) is the biggest milk market in India. The organised milk market in the region, estimated at 5 million litres per day.

9. The Department for Promotion of Industry and Internal Trade (DPIIT) reports that cumulative FDI inflows to Delhi were to US$ 89.68 billion from April 2000–June 2019.

So these were some interesting and important facts about the economic condition of National capital Delhi. To read more such articles, click on the link given below;

Delhi at a Glance: A City of National Monuments