Rajasthan is famous for its ancient and modern cultural heritage. It is India's largest state by area. Bikaner is a colourful town in Rajasthan known for its forts, tourism, and camels. In fact, the Camel Festival of Bikaner attracts several people around the world. A glimpse of this festival is given in this article. 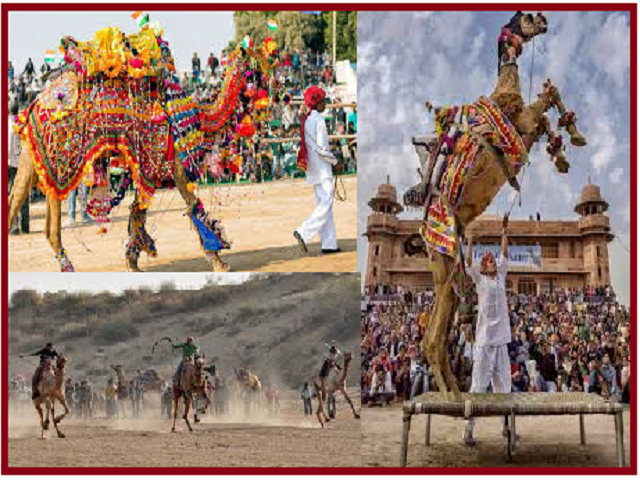 Bikaner, the land of camels was founded in 1488 AD, by the Rathore prince, Bika. He was the son of Rao Jodha of Marwar. The desert here is harsh and surrounds the whole city. The lofty houses with beautiful carvings are an example of the craftsmanship and prosperity of the people. Maharaja Ganga Singh worked towards the upliftment of the local people and constructed the Gang Canal for irrigation. Bikaner is also famous for some delicacies like Rasgullas, Bhujias, and Papads. It is a big wool production center and has a unique Camel Research Farm.

Bikaner Camel festival or fair is a trade festival. In earlier times, the livelihood of the state entirely depended on camels. In ancient times, Bikaner was the only camel breeding region. Therefore, locals, every year bring their cattle to the breeding region. This event as name suggests dedicated to the tough animal that survives in harsh desert conditions. Department of Tourism, Art and Culture of the Rajasthan Government took an initiative and started celebrating this festival or fair. Even earlier camels were enrolled in the army. The corps of camels are known as "Ganga Risala" and served in world wars and Indo-Pak wars.

20 Important facts about the Rajasthan 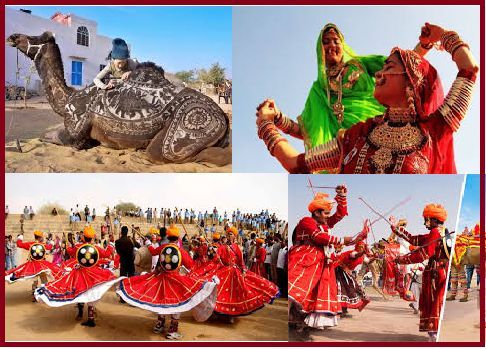 In Bikaner, the Camel Festival is a two-day affair. The celebration starts with a colourful parade of beautifully adorned camels against the backdrop of Junagarh Fort. Camels will be dressed in vibrant bridles, traditional necklace, and heavy anklets and shows wonderful footwork to the lovely tunes on desert sands. Several camel games and cultural performances also took place. In this traditional festival, thousands of tourists participate. The ambiance of the festival is very delightful.

How can we forget the traditional dance of Rajasthan and its music that adds another charm to the festival? The fascinating Fire Dance and fire dancers also perform brilliant acts. Puppet shows also take the festival to another level. The festival also indulges you in the unique camel milk sweetmeats and camel milk tea. Various Rajasthani dishes also appetize food lovers. Several stalls in the markets also provide handicrafts, jewellery, pottery, etc.

There are several activities in the Bikaner Camel Festival that will indulge you like:

- You can take part in camel trading.

- Puppet shows also make you indulge in the festival.

- You can participate and learn from folk dancers and musicians.

- Shopping can also be done on attractive items from the whole Rajasthan.

- In camel Pageant, you can participate and help the owners to decorate the pageant and biding can also be done on the camels.

- Several games are also there that will indulge you and provide enjoyment.

- You can enjoy the delicacies, Rajasthani food.

- You can participate in Camel beauty shows etc.

Therefore, Bikaner Camel Festival or fair is a cultural festival that attracts traders and merchants from far and near. Camels are the highlights of the fair. They are decorated with beautiful shawls, anklets, jewellery, etc. No doubt the festival has its own cultural importance.

Important Days and Dates in January 2020