Brain Teaser for Testing Your IQ: Can you spot mistake inside Road Traffic Picture in 9 secs?

Brain Teaser for Testing Your IQ: In this fun puzzle, try to spot the mistake hidden inside the Road Traffic Picture. Can you find the mistake in 9 Seconds?

Brain Teaser for Testing Your IQ: If you enjoy solving fun quizzes and puzzles, then this brain teaser is for you! Brain teasers allow you to use your analytical side and make your brain works in a different way. Such brain quizzes make a simple puzzle more interesting by adding a fun task to it. For coming onto the solution, you need to think out of the box and analyze the problem a little differently. So, we have come up with an interesting brain teaser where you have to spot the mistake hidden inside the Road Traffic Picture.

Brain Teaser for IQ Test: Can you spot the mistake inside Road Traffic Picture in 9 seconds? 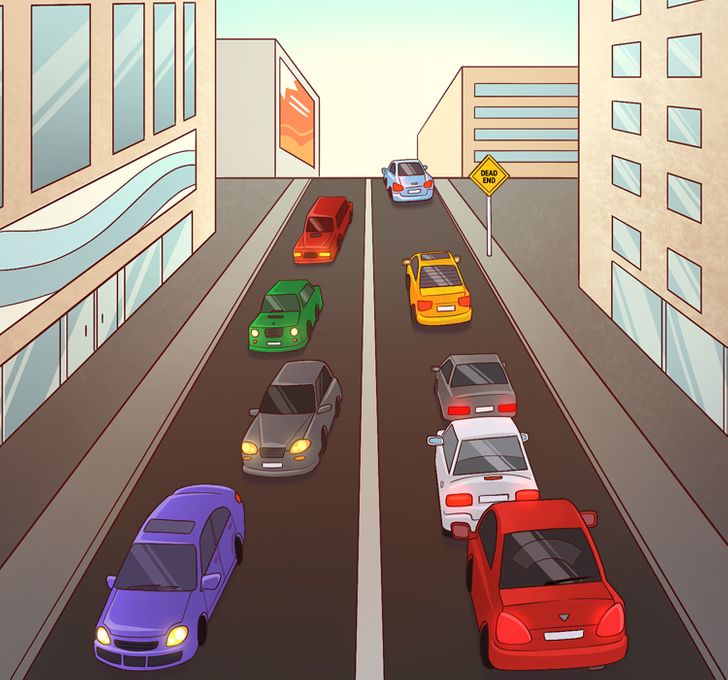 Can you spot mistake inside Girls Swinging Picture?

In the above image, you have to spot the mistake hidden inside the picture where the cars are moving on the road. There are buildings around the road and two-way traffic can be seen in the picture as the road is filled with cars both the ways. But were you able to identify the mistake in the picture? You are required to carefully look at the image before answering the question as the answer is quite simple but tricky. As a heads up, the answers to this brain teaser have been given right below the question, so make sure you don’t scroll too far and cheat!

Guess who is Left-handed in the picture 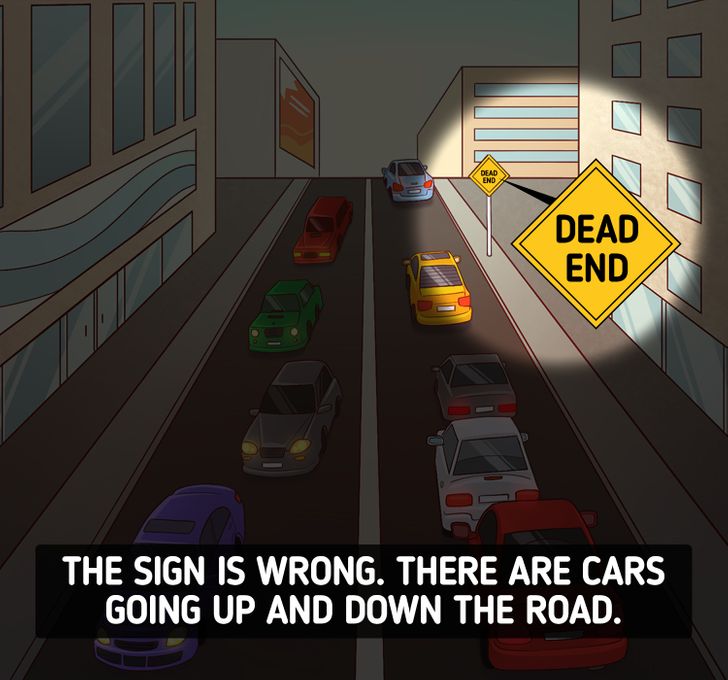 Spot who is the Thief in Garden Party Picture

So, the mistake in the picture is the Sign Board of “Dead End”. There is no dead end as the cars are going up and down the road. This brain teaser is just another fun way to assess your IQ Level. However, attempting an actual IQ test is a good way of knowing your Intelligence level.

Can you spot the mistake in Space Station Picture in 7 secs?

This brain teaser was a bit tricky but a simple one as it needed less time to solve. Such kind of mind riddles doesn't require mathematics skills but is a simple test of knowledge and lateral thinking. However, it sure feels great when you figure out the answer in a few moments.

Identify which Gift Box has the Ring inside it in 11 secs!