Air Marshal Rakesh Kumar Singh Bhadauria is appointed new Air Chief Marshal of India on 19 September 2019 and he would assume office from 30 September 2019. Bhadauria belongs to a village near Agra.He is an alumnus of National Defence Academy. He was commissioned into the fighter stream of the Indian Air Force on 15 June 1980. 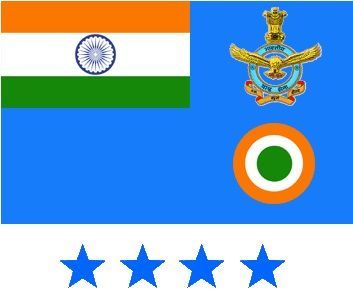 Chief of the Air Staff or Air Chief Marshal (ACM) is the professional head and the commander of the Indian Air Force.

The Indian Air Force was officially established on 8 October 1932. Its first flight came into being on 01 Apr 1933.

The current ACM of India is Birender Singh Dhanoa who took office on 31 December 2016, will retire on 29 September 2019. He would be replaced by the Air Marshal Rakesh Kumar Singh Bhadauria.

The highest rank in the India's IAF is "Marshal of the Air Force", which is conferred by the President of India only for exceptional service for the nation.

Till date only Arjan Singh had been honoured with the post of "Marshal of the Indian Air" in 2002 for his distinguished service in commanding the IAF during the Indo-Pakistani War of 1965.

Name of the post of Air Chief Marshal keep on changing since 1947. Initially for 1947–1948 the name of this post was Air Officer Commanding, Royal Indian Air Force which became Chief of the Air Staff in 1955 and continuing with the same till date.