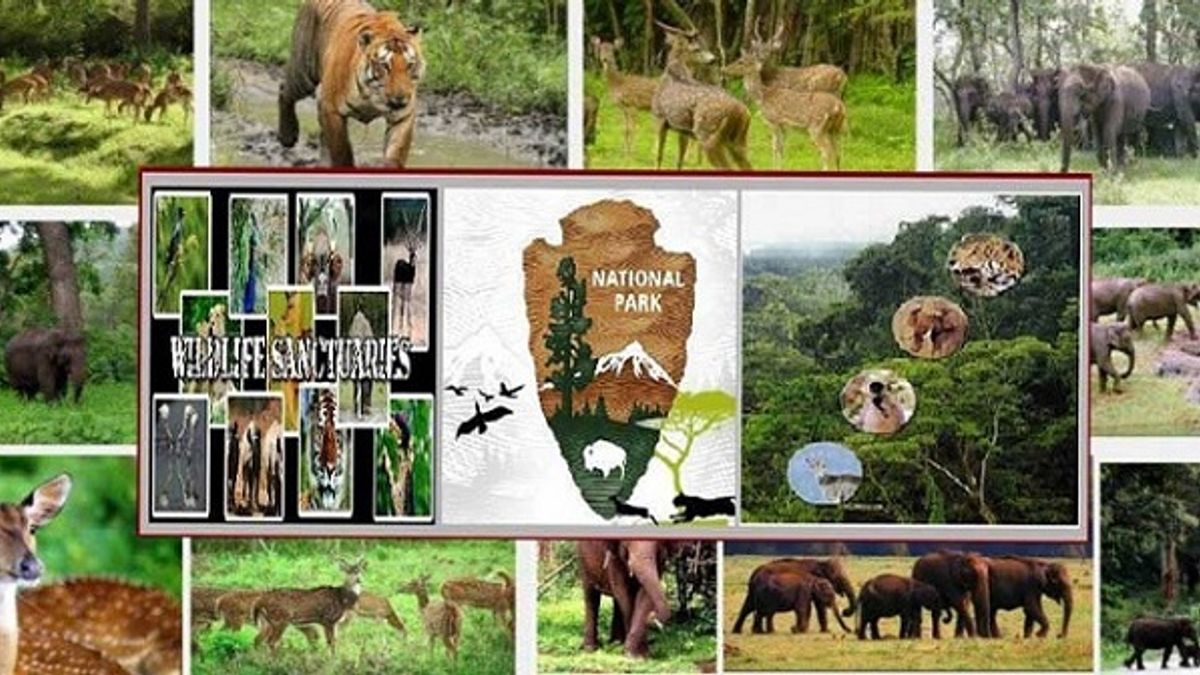 Living organisms exist almost everywhere from mountain peaks to the ocean depths; from deserts to the rainforests. We must make every effort to preserve, conserve, and manage biodiversity.  The wildlife sanctuary, biosphere reserves, and national parks are designated places for protecting wild plants, animals, and natural habitats.

It is a consecrated place where sacred species are kept. It is not open to the general public, unlike the zoo. In other words, we say, it tries not to allow any activity that would place the animals in an unduly stressful situation. India has 543 wildlife sanctuaries.

1. It is a natural area that is reserve by a governmental or private agency for the protection of particular species.

2. Area is designated for the protection of wild animals.

3. Only animals are conserved which could be private property. Also, outside activities allowed

5. International Union for Conservation of Nature (IUCN) has defined  its Category IV type of protected areas It is a home to many species of birds and animals which is established by central and state government for the conservation.

1. Reserve area of land, owned by the government.

2. Area is protected from human exploitation, industrialization and pollution.

5. Conservation of 'wild nature' for posterity and as a symbol of national pride.

6. International Union for Conservation of Nature (IUCN), and its World Commission on Protected Areas, has defined  its Category II type of protected areas.

The International Co-ordinating Council (ICC) of UNESCO designated of ‘Biosphere reserve’ for natural areas from November, 1971. There are 18 Biosphere Reserves in India.

1. Notified areas which cover a larger area of land which may cover multiple National Parks, Sanctuaries and reserves as well.

2. Areas are meant for conservation of biodiversity of a specific area.

4. It is internationally recognized within the framework of UNESCO’s Man and Biosphere (MAB) programme and nominated by national governments.

5. The Ministry of Environment and Forest provides financial assistance to the respective State governments for conservation of landscape and biological diversity and cultural heritage.

Conservation of biodiversity is an essential part of the environment.  By conservation, we do not mean preservation, but conservation means the utilization of natural sources in such a way that they are not allowed to destroy. The maintenance of species and ecosystems is a keystone sustainable development. Conservation of biodiversity includes all human efforts to preserve wildlife and plants from extinction as well as wise management of wildlife, plants and their environment.