Why is Earth's magnetic field weakening and what does it mean?

As per several studies conducted by the scientists, Earth's magnetic field between Africa and South America is weakening which is causing technical disturbances in the satellites and may have an adverse effect on our lifestyle too. 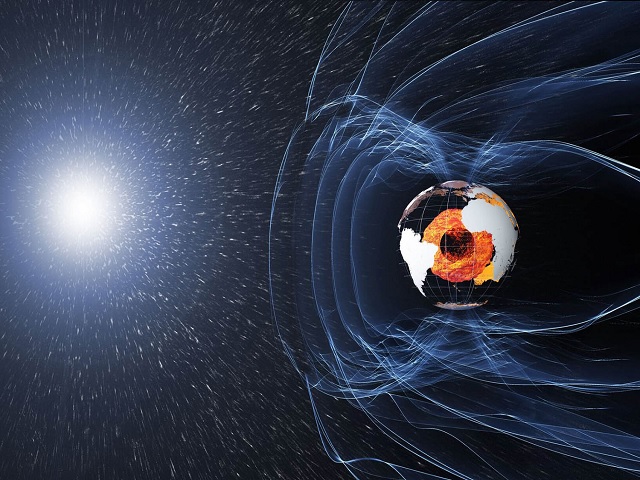 Scientists at the European Space Agency have revealed that Earth's magnetic field between Africa and South America is weakening which is causing technical disturbances in the satellites. The reports have suggested that the South Atlantic Anomaly has significantly weakened over the past few years. The area of the anomaly has grown and is moving westwards at the rate of 20 km per year. This means that the South Atlantic Anomaly could split into two different anomalies.

Effect of the weak magnetic field of Earth:

1- Earth's magnetic field protects us from harmful cosmic radiations and charged particles which are emitted out by the sun.

2- Many creatures such as birds, turtles, etc. navigate with the help of the Earth's magnetic field.

3- Weak magnetic field of the Earth can also affect the navigation systems on your smartphones. This means that you won't be able to use Google Maps and similar services efficiently.

4- The weak magnetic field between Africa and South America is causing technical issues in satellites orbiting the planets and spacecraft.

5- The telecommunication industry depends on the geomagnetic field. This means that our computers, smartphones etc. may not work efficiently and we may face certain technical issues.

Reasons behind the weakening of Earth's magnetic field:

Scientists of the European Space Agency's Swarm Constellation of satellites are studying the development of the South Atlantic Anamoly.

Another study reveals that the Earth's magnetic field is reversing. It is said that North and South Poles reverse approximately after 2,50,000 years. Last time this geomagnetic reversal happened 7,80,000 years ago. However, this study is opposed and challenged in a scientific journal in the year 2018 as this reversal takes tens of thousands of years. Thus, the exact cause of Earth's weak magnetic field is still a topic of debate and discussion.