From Ronaldo and Messi to Nagamoto and Benzema, many of the 10 football legends will not play in another World Cup. Here is the list of 10 footballers who are most likely playing their last World Cup in Qatar.

The FIFA World Cup 2022 final has won the hearts of many. Argentina and France faced off each other in the world cup finals at the Lusail stadium in Qatar on December 18th. The star footballer and one of the greatest, Lionel Messi bid adieu to the World Cup tournament with a grand victory over France, winning his first and only World Cup.

Many football fans were left with mixed feelings after the FIFA World Cup Qatar 2022 finals.

Fans of the France national team are upset about their loss, on the other hand, fans of Argentina are overjoyed with their team’s success.

But, no matter which team they support, soccer fans all over the world are disappointed for another reason.

The 2022 Qatar World Cup is most probably the last world cup for many of the prominent football players, including the two top players of the sport, Cristiano Ronaldo and Lionel Messi.

Related | All You Need To Know About The History Of Football (Soccer).

Here is the list of the top 10 legendary Football players who are most probably playing their last World Cup: 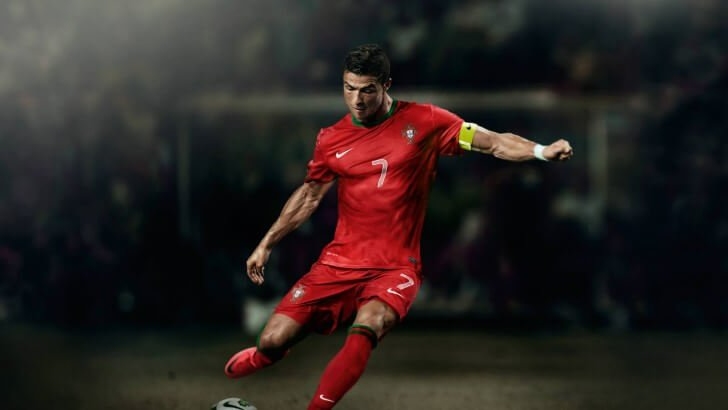 The 2022 Qatar World Cup is the 37-year-old football star’s fifth world cup and most likely his final. When the next World Cup rolls around, the legendary forward will be 41 years old.  Ronaldo, captain of the Portugal football team is the all-time leading goal scorer in international men's football with 118 goals in 191 matches, and 43 assists. 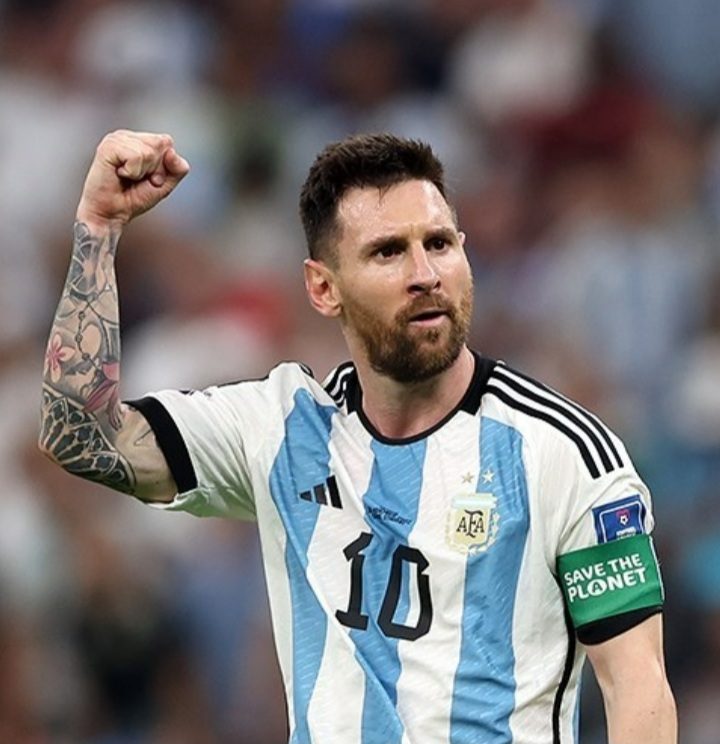 Argentina has reached the 2022 World Cup finals and will compete against France for the prestigious trophy. This is Messi’s 5th World Cup and probably his last as one of the greatest footballers of all time will be 39 by the time the next World Cup rolls around.

Messi is the all-time leading goal scorer of Argentina and the 3rd in International Men’s football with 98 goals in 171 matches.

One of the greatest football players of all time, Messi, has confirmed that the FIFA World Cup Qatar 2022 is his last World Cup.

Lionel Messi confirms that the World Cup final will be the last World Cup game he plays 🥺 pic.twitter.com/DzVcf1iv2p 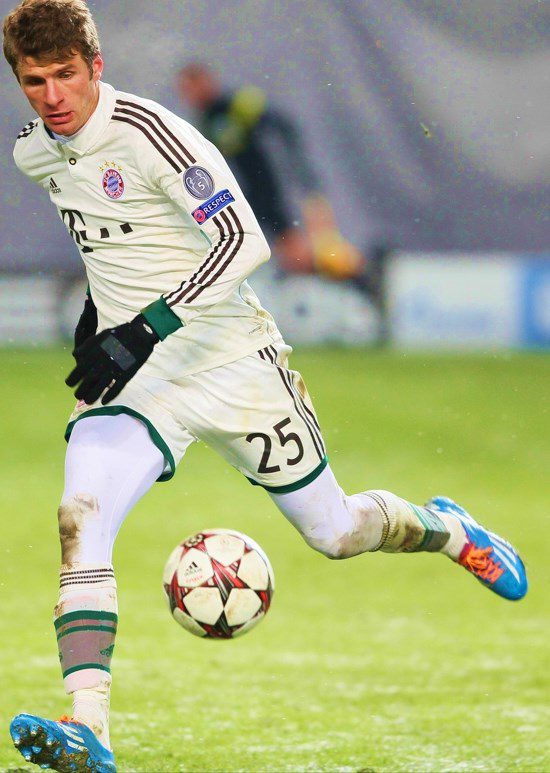 The 33-year-old is one of the most decorated football players in Germany and has won a World Cup, a feat that neither Ronaldo nor Messi has been able to achieve yet.

Muller has played in 16 world cups and scored 10 goals.

Related | What Is The Difference Between Corner Kick And Goal Kick In Football (Soccer)? 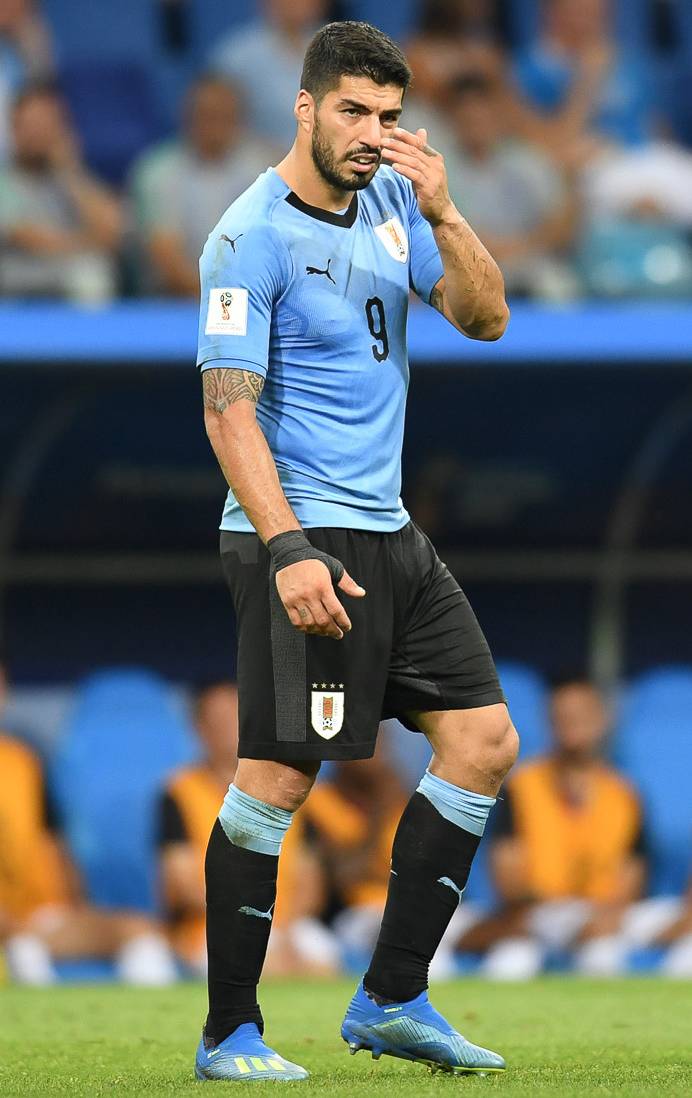 The 35-year-old player has confirmed that the 2022 WC was his final after Uruguay's elimination from the tournament. The Qatar World Cup was his fourth and final tournament. 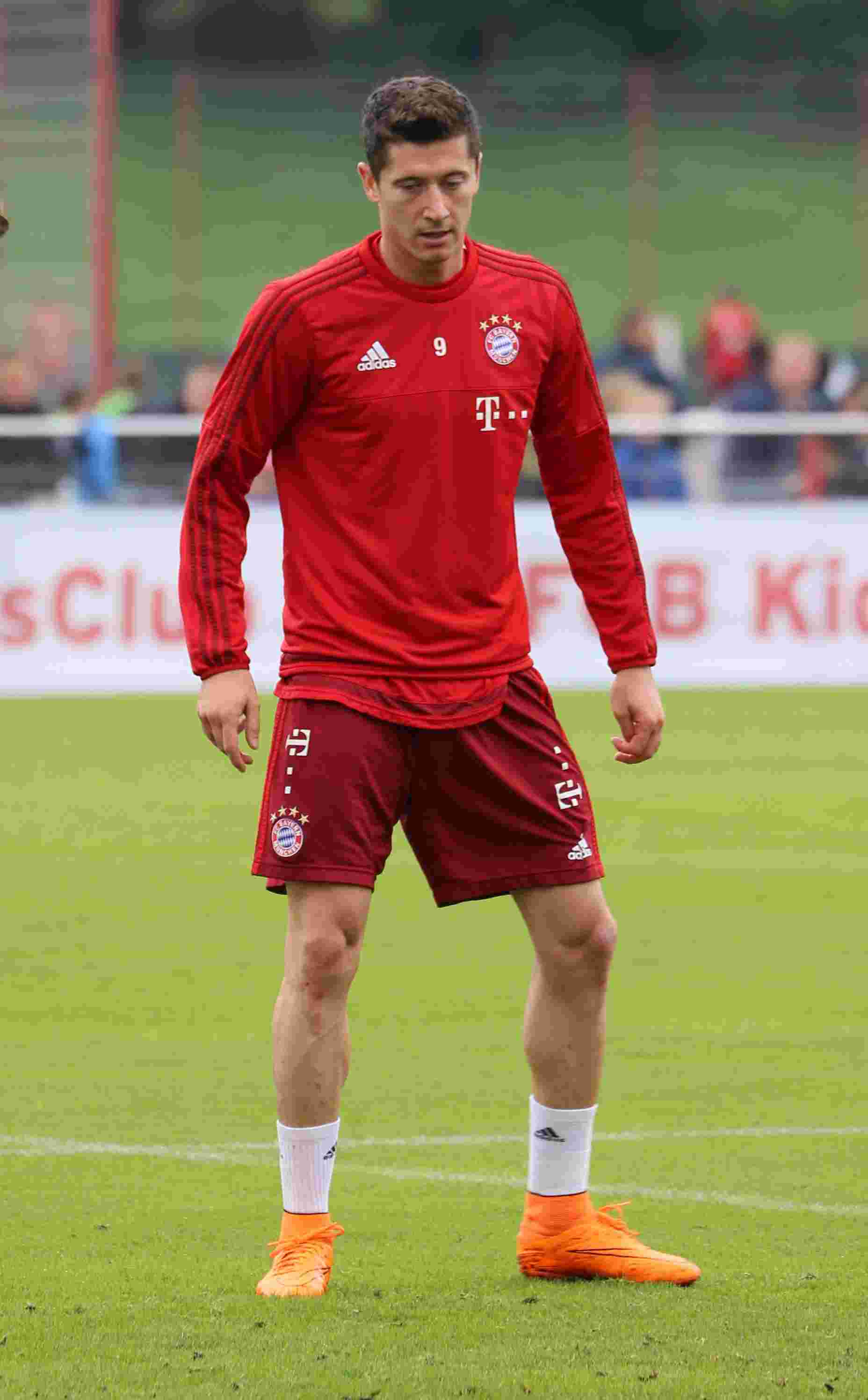 The 34-year-old prolific striker is the 10th highest goal scorer in international men's football with 78 goals in 131 appearances. Lewandowski has already stated that he trained for the 2022 World Cup as though it would be his final. The renowned footballer did, however, add that he would be physically capable of competing in the 2026 World Cup. 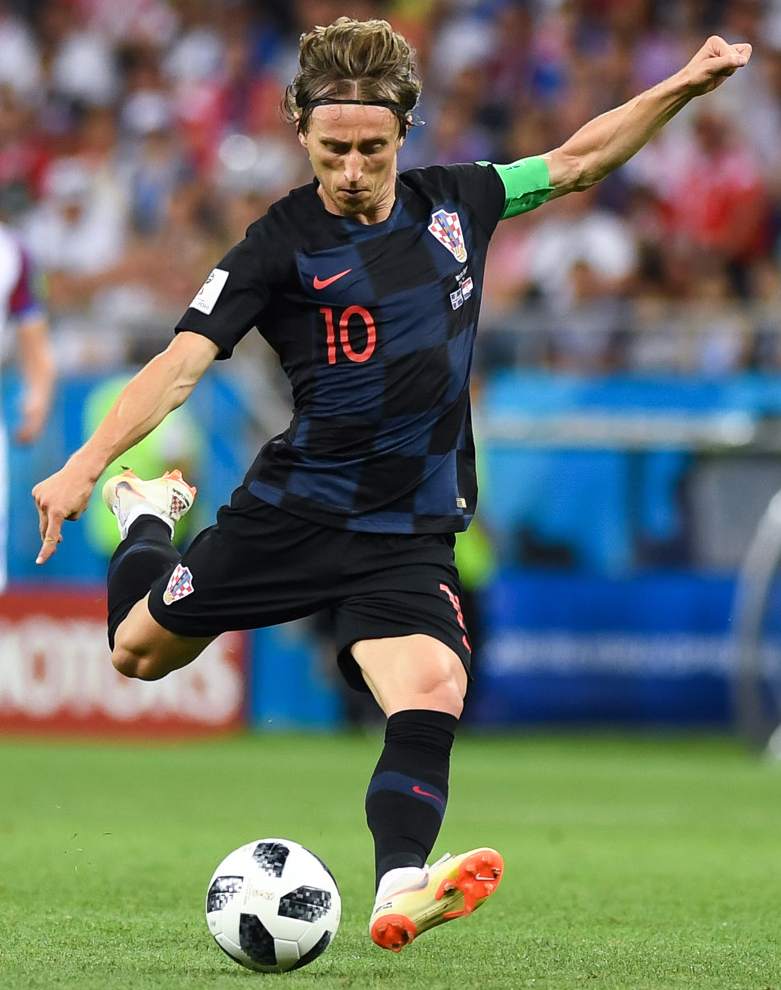 The 37-year-old midfielder is perhaps one of the most important players on the team. He was the driving force behind Croatia's entrance into the finals at the 2018 FIFA World Cup. However, Croatia was defeated in the finals by France who won the 2018 championship.

Related | What Is The Difference Between Penalty And Free Kick In Football (Soccer)? 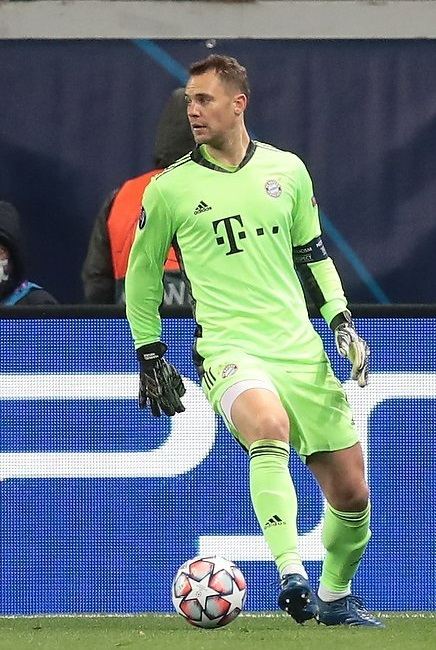 36-year-old Neuer is one of the top goalkeepers in the world. The Bayern Munich star was a prominent factor behind Germany winning the 2014 World Cup. Neuer won the Golden Glove award as the best goalkeeper of the tournament. The Qatar tournament is Neuer’s fourth World Cup. 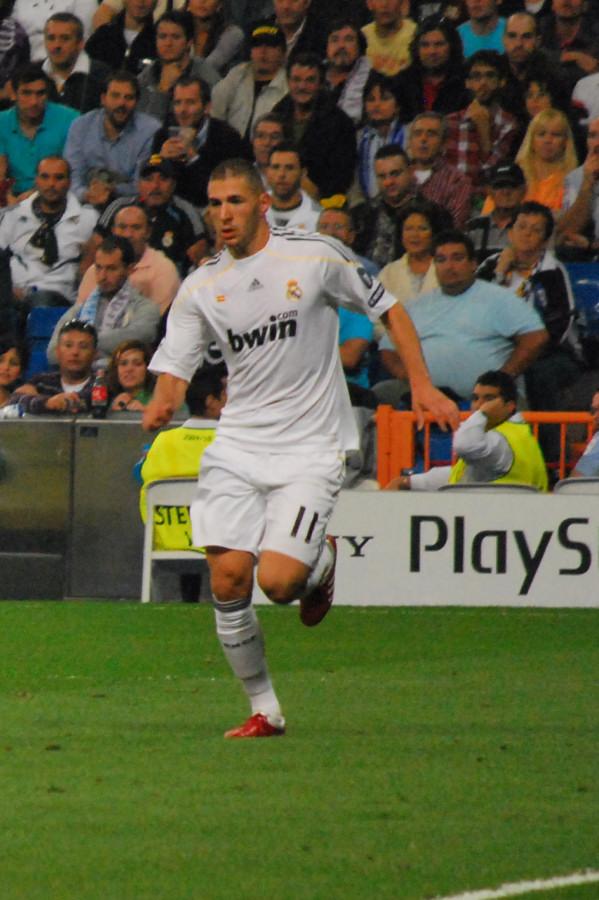 The 34-year-old is considered one of the best strikers of all time. Benzema was pulled out of the 2022 World Cup after a thigh injury. However, whether he will play in the finals against Argentina and legendary Lionel Messi is still undecided.

Previously, Benzema was dropped in the run-up to Euro 2016 and missed out on the World Cup tournament in Russia four years ago due to a controversy that he was reportedly involved in.

Related | What Is The Difference Between American Football and Soccer?

35-year-old Cavani is a striker for the Uruguay National team. Although Cavani hasn't thrived on his own, his partnership with teammate Luis Suarez garnered attention and formed a potent offensive team. Cavani has scored 58 goals for Uruguay in 133 games. 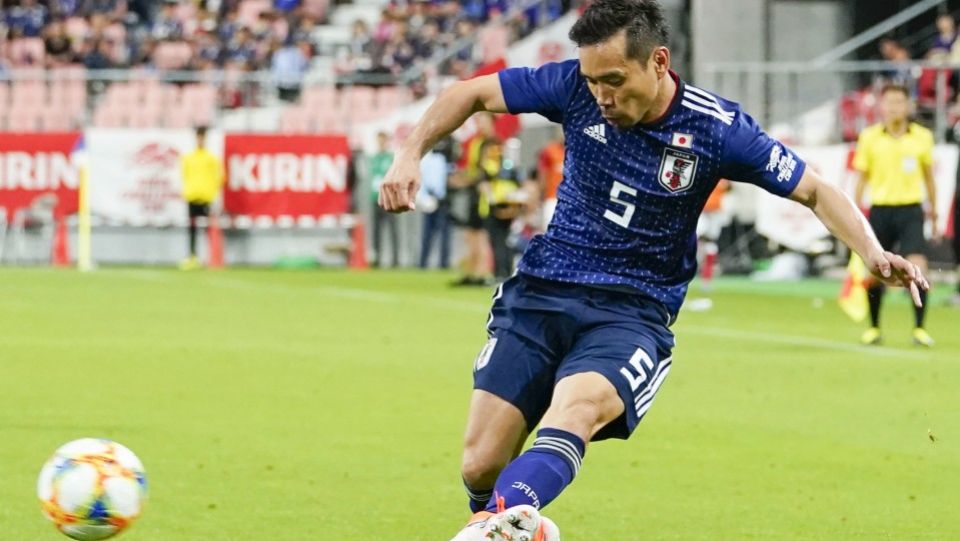 The 36-year-old plays as the fullback on the Japan National team. He played his fourth World Cup, in Qatar in 2022, making him the only footballer from Japan to do so. Nagamoto is Japan’s most-capped player of all time with 142 caps.

Related | What Are The 17 Rules Of Football/Soccer?

Many Football legends are playing their last hurrah this FIFA World Cup Qatar 2022. Even though these players won’t be spotted on the playing field anymore, their legacy will always be remembered.

You may also like: Why Is Football Called Soccer?

Is this Messi's last World Cup?

Yes, one of the greatest football players of all time, Lionel Messi, has confirmed that he will not be playing in a World Cup again. This is his final chance to win the coveted FIFA World Cup trophy.

No. After Brazil was eliminated from the World Cup on penalties by Croatia in the quarterfinals, Neymar of Brazil denied that it was his final World Cup.

Is Ronaldo playing his last World Cup in 2022?

The 2022 Qatar World Cup is the 37-year-old Ronaldo's fifth world cup and most likely his final. After Portugal's elimination from the tournament, the football veteran shared on social media how his dream had ended. It is not confirmed that Ronaldo will never play in World Cup again.

Which footballers are playing their last World Cup?

Here is the list of the top 10 legendary football players who are most probably playing their last World Cup: Christiano Ronaldo, Lionel Messi, Thomas Muller, Luis Suarez, Robert Lewandowski, Luka Modric, Manuel Neuer, Karim Benzema, Edinson Cavani, and Yuto Nagamoto.
Get the latest General Knowledge and Current Affairs from all over India and world for all competitive exams.