GK Questions and Answers on Enzymes

Enzymes are made up of proteins and act as catalysts for reactions in Biological systems. This article deals with enzymes, their structure and functions etc. in the form of MCQs which will help in the preparation of several competitive exams like SSC, UPSC, and PSC etc. 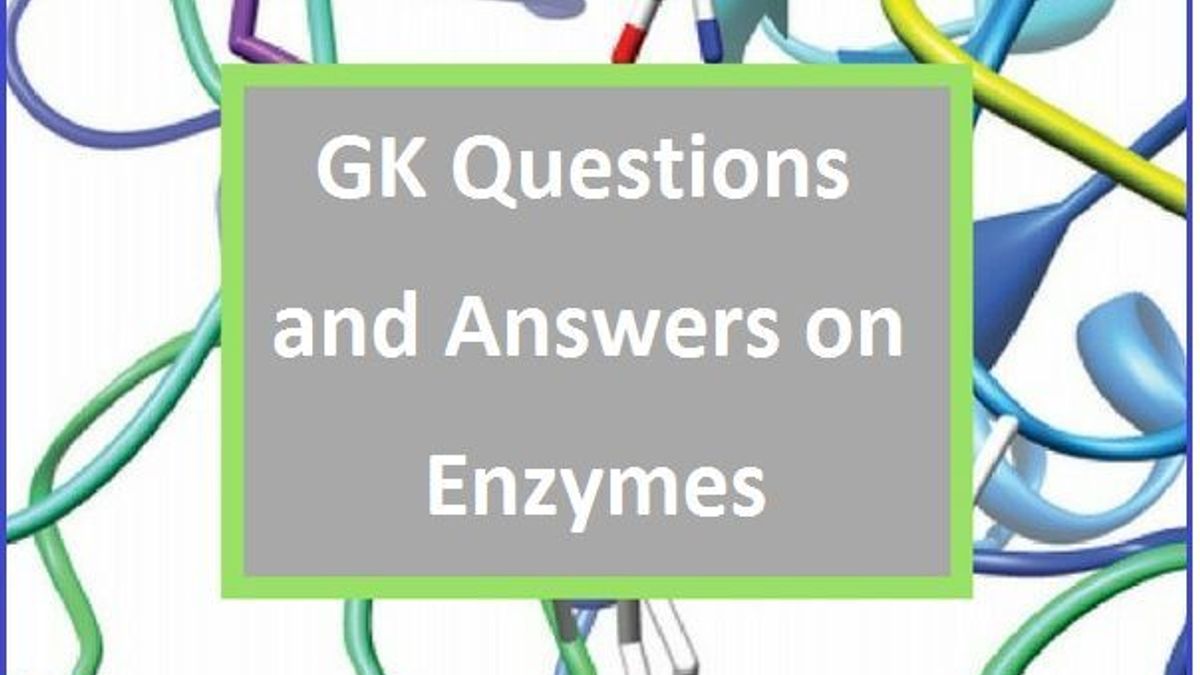 GK Questions and Answers on Enzymes

What is Catalysis?
4. Name an enzyme that digests fat?
A. Lipase
B. Sucrase
C. Maltase
D. Fructose
Ans. A
Explanation: Fats are lipids and one of the three major food groups needed for proper nutrition. The digestive enzyme lipase is required to digest fat. It hydrolyzes lipids, the ester bonds in triglycerides to form fatty acids and glycerol.
5. Who coined the word enzyme?
A. Wilhelm Kuhne
B. Alfred Russel
C. Robert Koch
D. Rosalind Franklin
Ans. A
Explanation: Enzyme is a protein manufactured by a cell and is a catalyst in various biological functions. In the late 1800’s the term enzyme was coined by a German physiologist Wilhelm Kunhe. He used the term “enzym” to describe the unorganised ferment from yeast and other organisms. Further, the word was later given to the actual agents discovered to spark the reactions, taken from the Greek enzymos, which meant "leavened." (Leavening makes bread rise).

8. Inactive enzymes which are not bound to their cofactors are called
A. Apoenzymes
B. Coenzymes
C. Enzyme inhibitors
D. Holoenzymes
Ans. A
Explanation: Inactive enzymes which are not bound to their cofactors are called Apoenzymes. And active enzymes bound to their cofactors are called holoenzymes.
9. In humans salivary amylase enzyme breaks down starch. The optimum pH for this reaction is:
A. 6
B. 6.2
C. 6.4
D. 6.7
Ans. D
Explanation: Salivary amylase breaks down starch in humans at optimum pH of 6.7.
10. The ‘lock and key hypothesis’ mechanism is related with:
A. Digestion of fat in the body
B. For enzyme specificity
C. For the formation of vacuole
D. Explosives
Ans. B
Explanation: The mechanism by which an enzyme binds with the substrate to forward the reaction of producing products can be explained by Lock and key hypothesis and Induced fit mechanism. It is very specific inter molecular interactions, “lock and key,” in biochemistry. Examples include enzyme-protein, antigen-antibody, and hormone-receptor binding.
So, now we have understood what is an enzyme, their structure and function.