Economic Survey 2019 key highlights are covered in the form of Questions and Answers. Let us check it out! 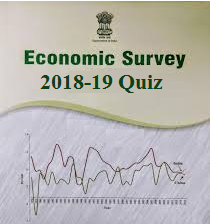 Economic Survey is an annual document of the Ministry of Finance. It highlights the policy initiatives of the government of India along with the growth of economy. It is presented in both the house of parliament a day before the Union Budget. The first Economic Survey of India was presented in 1950-51.

According to Devendra Pant, Chief Economist at India Ratings and Research said that "the Economic Survey is a technocrat’s advice to the government. A glance through the entire document will be important as it suggests problems that the economy is facing and possible solutions for them".

These are some Questions and Answers on Economic Survey highlights 2018-19 with explanations.

What is Economic Survey? Everything you need to know!