The Democratic Republic of Congo Government announced a new outbreak of Ebola virus disease in the Wangata health zone, Mbandaka, in Equateur province. Do you know about the Ebola Virus? Let us have a look at some important facts of the Ebola virus. 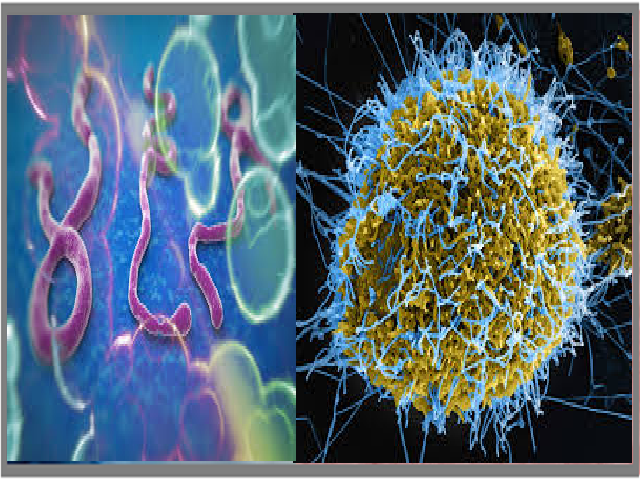 This is the 11th outbreak of Ebola in the Democratic Republic of Congo since the virus was first discovered in the country in 1976. The country is additionally fighting with COVID-19 and also the world's largest measles outbreak.

According to the Ministry of Health, six Ebola cases so far have been detected in Wangata out of which four died, two are alive and under care. These cases are confirmed via laboratory testing. As surveillance activities increase, more cases will be identified. No doubt it is a challenging time.

In 1976, the Ebola virus was first time discovered near the Ebola River what’s now the Democratic Republic of Congo. Since then, the virus is infecting people from time to time that leads to outbreaks in various African countries.

The disease caused due to Ebola virus is a deadly disease with occasional outbreaks mainly on the African continent. Most ordinarily Ebola virus disease (EVD) affect people and non-human primates like monkeys, gorillas, and chimpanzees. It’s caused due to an infection with a group of viruses within the genus Ebola virus.

Coronavirus Outbreak: What are the stages and what does each state imply?

1. Ebola Virus disease is additionally referred to as Ebola Haemorrhagic fever. The disease gives rise to an acute, serious illness which is usually fatal if untreated. Since its discovery, the 2014-2016 Ebola virus outbreak was largest in West Africa. Even the outbreak of 2018-2019 in eastern DRC is also complex with insecurity and affecting public health response activities.

2. The family of Ebola virus is Filoviridae that has three genera namely Cuevavirus, Marburg Virus and Ebolavirus. Within the Ebolavirus genus, six species are identified they are Zaire, Bundibugyo, Sudan, Tai Forest, Reston and Bombali.

3. The transmission of the virus to people from wild animals and spread within the human population via human-to-human transmission. The Ebola virus disease average death rate is around 50% and in past outbreaks, the cases of fatality rate varied from 25% to 90%.

4. Vaccines for the treatment of Ebola virus disease are under development but have been used to help control the spread of Ebola outbreaks in Guinea and within the Democratic Republic of Congo (DRC). Some supportive care with rehydration, symptomatic treatment improves survival. No licensed treatment has proven to neutralise the virus but blood, immunological and drug therapies are under development. In the ongoing 2018-2019 Ebola outbreak in DRC the rVSV-ZEBOV vaccine is getting used.

5. It was also found that the burial ceremonies that involve direct contact with the body of the deceased can also contribute to the transmission of Ebola. As long as the virus last in the blood, people remain infectious.

6. Pregnant women who are recovered from Ebola virus disease may still carry the virus in breast milk, or in pregnancy-related fluids and tissues. This provides a risk of transmission to the baby they carry, and then to others. But those women who become pregnant after surviving from the Ebola virus disease are not at risk of carrying the virus.

7. The incubation period which is the time interval from infection with the virus to onset the symptoms is from 2 to 21 days. Until the symptoms are developed, the person infected with the Ebola virus won’t spread the disease.

8. Clinically it is difficult to distinguish Ebola virus disease from other infectious diseases including malaria, typhoid fever and meningitis. Several symptoms of pregnancy and Ebola disease are also quite similar.

WHO recommended tests are:

- Where NATs aren’t readily available, rapid antigen detection tests in remote settings. For screening purposes these tests are recommended as a part of surveillance activities; however reactive tests should be confirmed with NATs.

9. The survivors of Ebola virus disease may experience some side effects after their recoveries like tiredness, muscle aches, eye and vision problems and stomach pain.

Outbreaks in the Democratic Republic of Congo: Key Facts

Some recent Ebola outbreaks in DRC:

At Mbandaka, Equateur province is the 11th Ebola outbreak which is ongoing and declared on 1 June 2020. 6 cases (3 confirmed and 3 probable) and of those 4 people died and 2 are under care.

To read more about the Ebola Virus click on the link given below:

Source: who and cdc