What are Integrated Battle Groups? 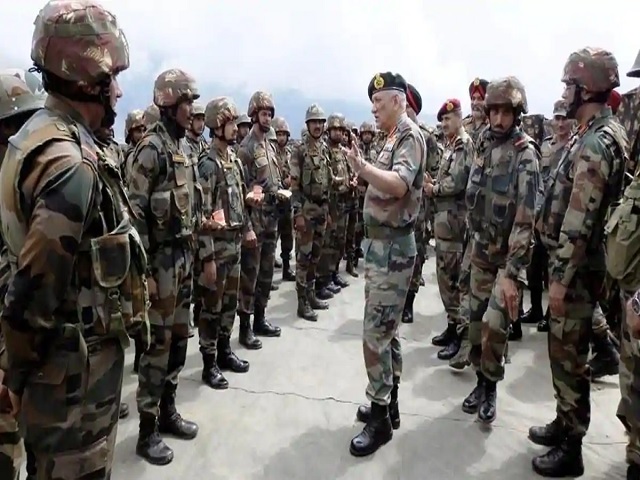 Integrated Battle Groups or IBGs are agile, brigade-sized, self-sufficient combat formations. In case of hostilities, IBGs can swiftly launch strikes against the enemies in case of hostilities. Every IBG will be tailor-made and will be based on the three Ts-- Threat, Terrain and Task.

Every IBG will be headed by a Major General and will consist of 5,000 troops. An IBG's operation in the deserts will be different from the operation in the mountains. Also, they must be able to mobilise within 12-48 hours based on the location.

How are IBGs different from the existing formations?

IBGs are integrated and self-sufficient groups and can strike harder and quicker in comparison to the existing formations.

The military operations of independent India were infantry based. This means that the Indian Army allowed the enemy to attack first and will launch a counter-attack later after absorbing the attack from the enemy. However, this doctrine of the Indian Army was not successful and was time taking.

After the 1971 war, the doctrine of the Indian Army was changed. In the Bangladesh Liberation War, the Indian Army launched aggressive operations against Pakistan using PT-76 tanks. As a result, Bangladesh was liberated from Pakistan in just 14 days.

In 1979, the first mechanized infantry unit was established after the success of the 1971 war. After various changes in the strategy of the Indian Army, the current strategy is known as the 'Cold Start Strategy'. This strategy became operational in the year 2004. The Integrated Battle Groups or IBG is a part of the Cold Start doctrine.

What is Cold Start Doctrine?

After the terror attacks on Uri and Pulwama, India declared that it would avenge an attack on Pakistan. After this announcement, the country's Rail Minister Sheikh Rashid Ahmad threatened India of a nuclear strike. India answered this threat through the Cold Start doctrine. The doctrine was aimed at attacking Pakistan without a full-blown nuclear clash.

Why IBG is formulated by the Indian Army?

It is known that China and Pakistan both are nuclear states. Pakistan's nuclear policy states that it will use its nuclear weapons at the moment when India threatens its green belt, nuclear arsenals or if Pakistan feels that it will suffer major losses during a war. Thus, India always tries its best to not breach Pakistan's nuclear policy during the war and due to this reason, the idea of IBGs came into force.

Another reason is that after the Parliament attack on December 13, 2001, India took more than 2 weeks to mobilize and reorganize troops to launch operation 'Parakram'.