What is the Kanal Istanbul Project of Turkey?

The much talked about project of the decade- Kanal Istanbul Project may finally be put into action soon. Surrounded by major water bodies and offering a strait pass access to two continents through water, Turkey is looking forward to putting a foot forward in the world economy with this project. Let’s have a look at the major details of this project. 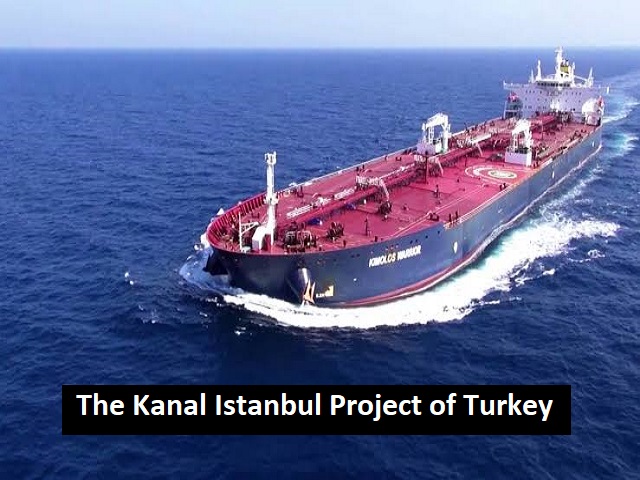 What is the Kanal Istanbul Project of Turkey?

The ambitious Kanal Istanbul Project of Turkey has been in talks for more than a decade. The project is not just of major geographical and economic importance to the country but also to the major nations of the world. Let’s learn about what this project is and how its implications will impact the global scenario.

What is The Kanal Istanbul Project? 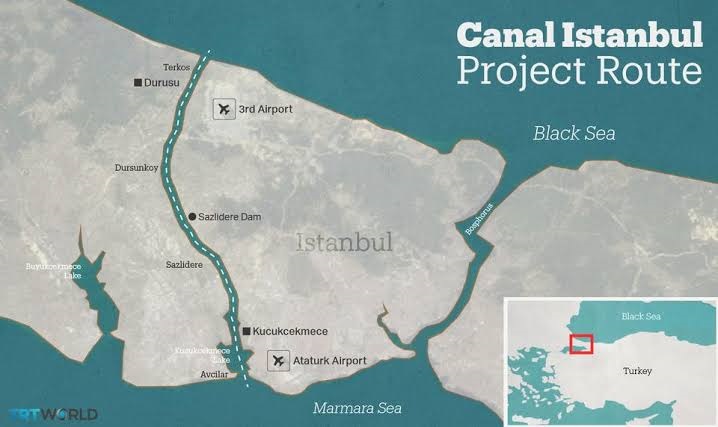 The project aims to create an artificial seaway between the Black Sea and the Marmara Sea in order to mitigate the oil tanker traffic through the Bosphorus Strait.

The artificial sea-level waterway Kanal Istanbul will offer important advantages as an alternative for ships seeking to pass straight through the Bosporus without waiting, in contrast to the current long wait times caused by intense ship traffic. Ships wait close to 14 hours to pass through the Bosporus, according to an average of 2019 data.

Why is Project Important and Needed?

“According to 2017 figures, economic losses arising from the waiting periods tankers faced reached millions of dollars. A daily rental loss of tankers over 200 meters in length reaches $120,000 on average. Under favorable conditions, a ship of a length of over 200 meters passes through the Bosporus strait in about one and a half hours,” said Murut Kurum, Minister of Environment and Urbanisation, Turkey.

The planned canal is meant to provide relief to shipping traffic between the Black Sea and the Sea of Marmara, particularly oil tanker traffic, through the Bosphorus.

The government has said the canal will be 30 miles (45 kilometers) long and 80 feet (25 meters) deep, and at some points up to one kilometer wide. It will start at Lake Küçükçekmece, a naturally formed lagoon on the Marmara Sea coast west of Istanbul, go north through the Sazlıdere Dam and Şamlar village, and connect to the Black Sea to the north. Soil excavated to form the canal will be used to build three artificial islands in the Marmara Sea. When completed, the canal will turn the densest part of the city, including its historic center, into an island. The area also straddles one of the world’s most active fault lines.

How is the project connected to Montreux Convention?

According to the Montreux Convention, merchant’s vessels enjoy the freedom of passage through Turkish straits, while vessels of war are subject to some restrictions, which vary depending on whether or not the vessels belong to Black Sea riparian states. Vessels of war belonging to non-riparian states are subject to specific restrictions, including limits on the maximum aggregate tonnage and duration of stay in the Black Sea. Combat ships of non-Black Sea countries may not stay in the Black Sea for more than 21 days, and the combined tonnage of one country's ships may not exceed 30,000 tons.

What are the associated Environmental Concerns?

It is stated that the seaway will damage the underground water resources of Istanbul and will threaten the Marmara Sea along with other social and urbanization risks that have been raised.

Today, around 40 percent of Istanbul’s water comes from the European side of the city, which, even according to the government’s environmental assessments, will be severely impacted by the canal and airport.

The Kanal Istanbul will make Turkey a leading country and place it forward on global trade, the country's environment minister said on Dec. 28, 2019.