Karl Marx Biography: Karl Heinrich Marx was a German philosopher, socialist revolutionary, historian, journalist, economist, political theorist and sociologist. Karl Marx was dragged out of his country due to his political publications and lived in exile for decades in London. 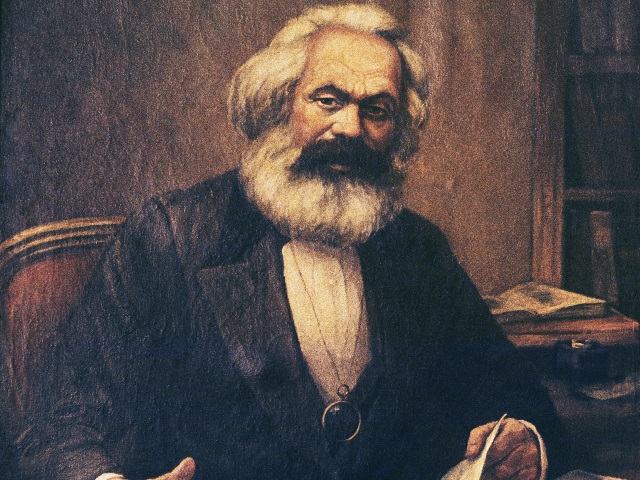 Karl Heinrich Marx was a German philosopher,  socialist revolutionary, historian, journalist, economist, political theorist and sociologist. Karl Marx was dragged out of his country due to his political publications and lived in exile for decades in London with his wife and children. He has authored several political documents such as The Communist Manifesto, Das Kapital, etc.

Marx was of the idea that human societies develop through class conflict. If we talk about Capitalism then, there is a conflict between the ruling class and the working class. The ruling class controls the means of production while working-class work as labour to get wages. Karl Marx predicted that capitalism will produce internal tensions between the two-class and will replace the whole system by socialism. Karl Marx was a classical liberal who took part in agitation for a constitution and reforms in Prussia when there was an absolute monarchy.

Karl Marx was born on May 5, 1818, in Trier (then part of the Kingdom of Prussia's Province of the Lower Rhine) to  Heinrich Marx and Henriette Pressburg. Karl Marx's father was a lawyer.

Marx received his early education by his father and in 1830 he took admission at Trier High School. In October 1835 at the age of 17, Marx travelled to the University of Bonn wishing to study philosophy and literature, but his father insisted on the law. Marx was excused from military duty when he turned 18 due to a condition referred to as a "weak chest". Marx joined the Poets' Club, a group containing political radicals that were monitored by the police at the University. Marx grades in the first term were good but later on, they deteriorated and his father admitted him at the University of Berlin.

Karl Marx as a Revolutionary

Karl Marx after receiving his degree began writing for a newspaper Rheinische Zeitung and became its editor in the year 1842. However, the newspaper was banned by the Prussian government as it had radical views. In 1843, Karl Marx with his wife Westphalen moved to Paris where he met émigré Friedrich Engels who became his lifelong friend.

In 1845, Marx along with Engels published criticism of 'The Holy Father'. Amid this, the Prussian government got Marx expelled from France. Marx along with his friend Engels moved to Belgium where he renounced his Prussian citizenship. The newly formed Communist League in London, England asked Marx and Engles to write 'The Communist Manifesto' for them in 1847. Both Marx and his friend depicted the historical materialism and predicted that the upcoming proletarian revolution would workingmen as the new ruling class of the world and will erase the capitalist system.

In 1848, Karl Marx left Europe before getting expelled by Belgium's government. Marx was denied British citizenship, still settled in London for the rest of his life where he worked as a journalist for the New York Daily Tribune. Marx focussed on developing his theories and isolated from London Communists.

In 1867, Karl Marx published his economic theory named 'Das Capital' where he revealed the economic law of motion of modern society and laid out his theory of capitalism as a dynamic system. Marx worked on many manuscripts but couldn't finish them. Marx died on March 14, 1883, after suffering from Pleurisy.

Religion is the opium of the masses.

Revolutions are the locomotives of history.

Last words are for fools who haven't said enough.

History repeats itself, first as tragedy, second as farce.

The theory of Communism: Abolish all private property.

Workers of the world unite; you have nothing to lose but your chains.

Necessity is blind until it becomes conscious. Freedom is the consciousness of necessity.