List of Freedom Fighters from the North East India

India’s struggle for freedom was mass struggle which also witnessed the participation of legends from the northeast, but a little is known about the freedom fighters of North East India. In this article, we are giving the names of forgotten freedom fighters of the North East India who played significant role in the independence movement, which is very useful for the competitive examinations like UPSC-prelims, SSC, State Services, NDA, CDS, and Railways etc. 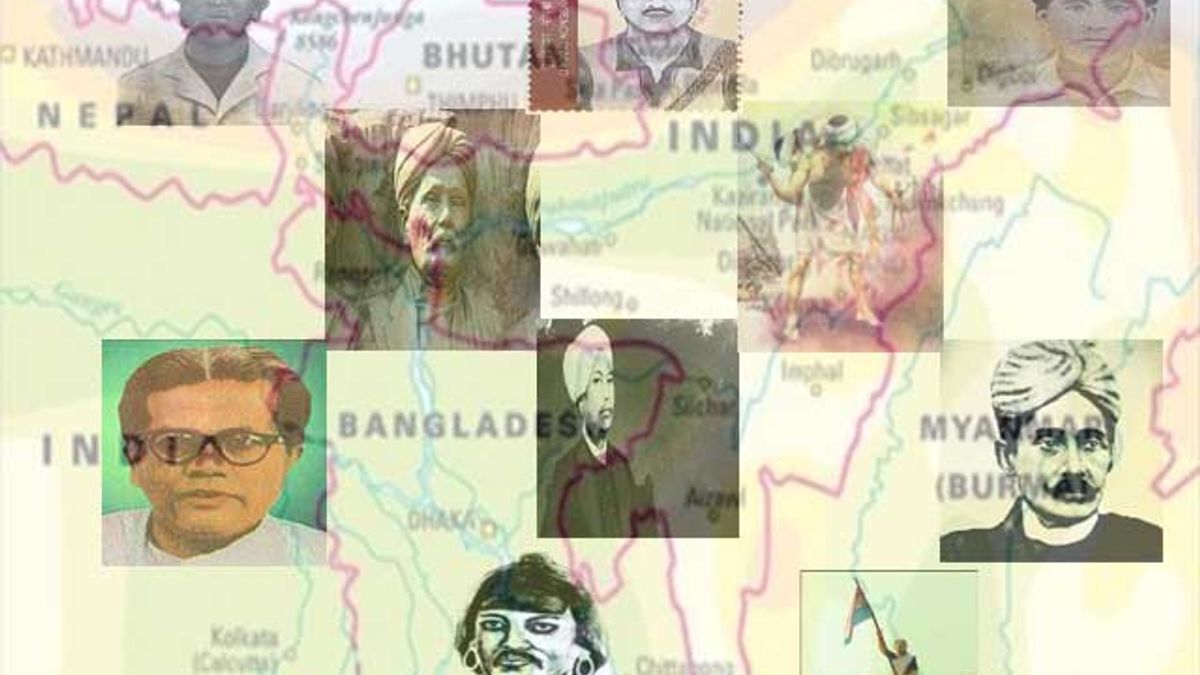 We always remember the central leadership of Gandhiji, Sardar Patel, Jawarharlal Nehru, Subhash Chandra Bose, Saheed Bhagat Singh etc. when it comes to the contribution in the India’s struggle for the freedom. It is noteworthy, that India’s struggle for freedom was a mass struggle which was also witnessed the participation of legends from the northeast, but a little is known about the freedom fighters of North East India.

He was one of the greatest freedom fighters of Assam and was the first person to establish a private tea garden in Assam. He was hanged for conspiring against the British authority during the 1857 revolt.

He was one of the greatest freedom fighters from the Meghalaya who fought against the British during the revolt of 1857. The British hanged him publicly at Iawmusiang in Galway town in the West Jaintia Hills district on 30 December 1862 to convey the message that if anyone who question the British authority then they would be treated like this. The Government of India in 2001 issued postage stamp to commemorate him.

He was from the elopian village in the North Eastern region of India. He established a Mishmi leadership to resist the unholy expansion of British authority. He was captured by the British in December 1917 and after that deported to Tezpur in Assam where he was hanged.

She was a Rongmei Naga spiritual and political leader who revolted an armed resistance against the British authority which drag her to the life imprisonment. PT. Jawaharlal Nehru gave her the title of 'Rani' and then after she gained local popularity as Rani Gaidinliu. After independence, she was released and later Government of India awarded her a Padma Bhushan.

He was the prominent leader of Assam during the Quit India Movement and people of Assam were organised under his leadership which make British furious. Meanwhile, 10 October 1942 a military train was derailed and got accident. This accident happened due to the ruptured railway line which was made by unknown people. This incident gave reason to the British to arrest him as a prime accused of the train sabotage. So that they could stop people to revolt. He was charged as the mastermind of the train accident and sentenced to death by hanging.

He was the first Mizo freedom fighter who sacrifices his life while resisting the unholy expansion of British authority during the invasion of the Lushai Hills in 1890.

He was a freedom fighter, social activist, social worker and writer from Sonitpur district of the Assam. He is regarded as one of the pioneers of the modern literary movement in Assam. After independence, he joined the socialist party and elected to Lok Sabha from Guwahati for several times.

He was one of the chiefs of the Khasi people in the early 19th century. He drew his lineage from the Syiemlieh clan. He was Syiem (chief) of Nongkhlaw, part of the Khasi Hills. He fought against British during the invasion of the Khasi Hills. His death anniversary (July 17, 1835) is commemorated every year as a state holiday in Meghalaya.

She is one of the prominent martyrs of August Kranti (Quit India Movement) from Nagaon District of Assam. She was shot dead during non-violent protest marches against British rule.

List of important leaders Associated with the Revolt of 1857

He was the commander of the Manipuri army and  one who masterminded the 'Palace Revolution' against the British which causes the Anglo-Manipur War of 1891 or the 'Manipur Expedition'. He was captured by the British during Manipur expedition and was hanged publicly.

She is popularly known as 'Birbala'. She took active part in the Quit India Movement as the head of the women volunteers line with the National Flag in her hand. She was shot dead by the British police during a non-violent protest at the Gohpur Police Station.

He was Chief of Aisan, the city of Doungel clan. As per the many historical records, he is popular as Chengjapao Kuki. He was the member of Indian National Army under Netaji Subhas Chandra Bose. He was one of the Kuki Leaders who questioned the British authority during Kuki Uprising. He organised Kuki people (tribes of Mizoram) against colonial and feudal authority of the British under the banner of Indian National Army.