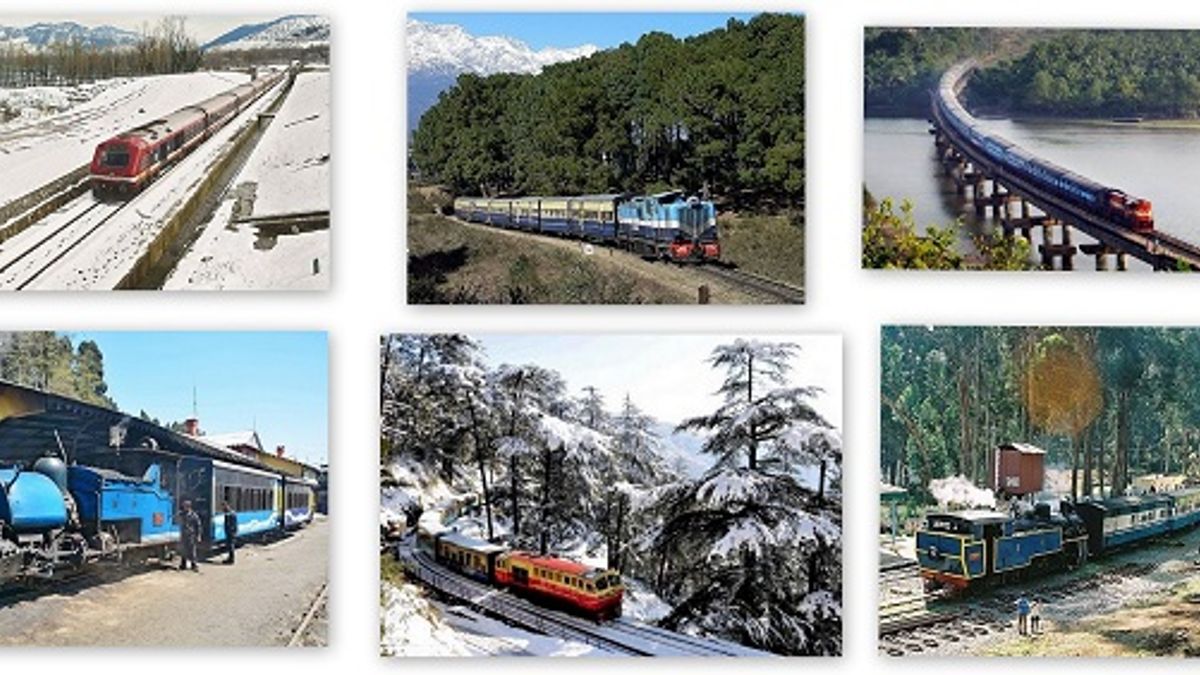 The Mountain Railways of India are the best example of bold, ingenious engineering solutions for the problem of establishing an effective rail link through a rugged, mountainous terrain. This is the only reason- the Darjeeling Himalayan Railway, the Nilgiri Mountain Railway, and the Kalka–Shimla Railway, are designated as a UNESCO World Heritage Site. It is also known as the 'Toy Train'. It is 2ft. (610 mm) narrow gauge railway based on the zig-zag and loop-line that runs between New Jalpaiguri and Darjeeling in West Bengal. It runs about 83 kilometres long. It was built by Franklin Prestage and operated by Northeast Frontier Railway. It lies in Tamil Nadu, which was built by the British in 1908 and was initially operated by the Madras (Now Chennai) railway. This railway is operated still relies on its fleet of steam locomotives. In July 2005, UNESCO designated it as a World Heritage Site. It is owned by the Southern Railway Zone and operated by the Salem railway division. It is a 2ft. inch (762 mm) narrow gauge railway in North-West India travelling along a mostly mountainous route from Kalka to Shimla. It is known for breath-taking views of the hills and the surrounding villages. It was built by HS Harington and operated by Northern Railway. It is a heritage railway in Maharashtra, India. The railway covers a distance of 20 km (12.6 miles), over large swathes of forest territory connecting Neral to Matheran in the Western Ghats. It was built by Adamjee Peerbhoy and operated by Central Railway. It operated in the sub-Himalayan region of Kangara valley from Pathankot (Punjab) to Jogindernagar (Himachal Pradesh). It covers the distance of 164 km (101.9 Miles). It is being built to connect the State of Jammu & Kashmir with the rest of the country. It is officially termed the Jammu-Udhampur-Shrinagar-Baramulla-Railway Link (JUSBRL), the railway starts from Jammu and will travel for 345 km to Baramulla on the North-Western edge of Kashmir valley. The route crosses major earthquake zones and is subjected to extreme temperatures of cold, heat and inhospitable terrain, making it an extremely challenging engineering project.

This railway is run by a separate corporation from Mangalore to Roha (40 km South of Mumbai). It connects three states i.e. Maharashtra, Goa, and Karnataka and Kerala. 51% of the shares of Konkan Railway are with Indian Railways. It has fastest of tracks in India. Total length is 760 km and 10% of the line passes through Ratnagiri tunnel. It is single track line and still operating through diesel locomotives.