2021 Nobel Laureates in Economic Sciences have provided us with the latest insights on the labour market and the cause and effect that can be drawn from natural experiments. Their approach has revolutionised empirical research.

BREAKING NEWS:
The 2021 Sveriges Riksbank Prize in Economic Sciences in Memory of Alfred Nobel has been awarded with one half to David Card and the other half jointly to Joshua D. Angrist and Guido W. Imbens.#NobelPrize pic.twitter.com/nkMjWai4Gn

Peter Fredriksson, chair of the Economic Sciences Prize Committee said, "Card’s studies of core questions for society and Angrist and Imbens’ methodological contributions have shown that natural experiments are a rich source of knowledge. Their research has substantially improved our ability to answer key causal questions, which has been of great benefit to society."

This year's Nobel Laureates in Economics have answered questions such as the effect of immigration on pay and employment levels, and the effect on the income of an individual due to long education using natural experiments. 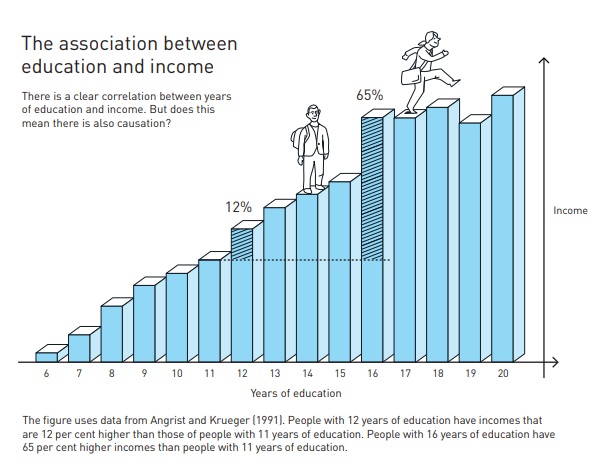 David card analysed the labour market effects of minimum wages, immigration and education. His studies from the early 1990s concluded that increasing the minimum wage does not necessarily lead to fewer jobs. 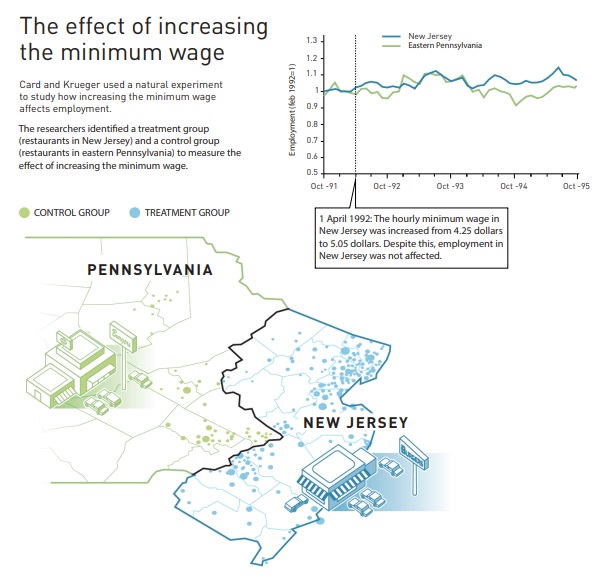 Also, the incomes of people who were born in a country can benefit from new immigration, while people who immigrated at an earlier time risk being negatively affected. The results have also shown that the resources in schools are far more important for students’ future labour market success than was previously thought.

In the mid-1990s, Joshua Angrist and Guido W. Imbens demonstrated how precise conclusions about cause and effect can be drawn from natural experiments. For this, they solved the below methodological problem:

The two laureates drew conclusions about the effect of an extra year in school through natural experiments. They concluded that extending compulsory education by a year for one group of students (but not another) will not affect everyone in that group in the same way as some students might have kept studying anyway and, for them, the value of education is often not representative of the entire group. 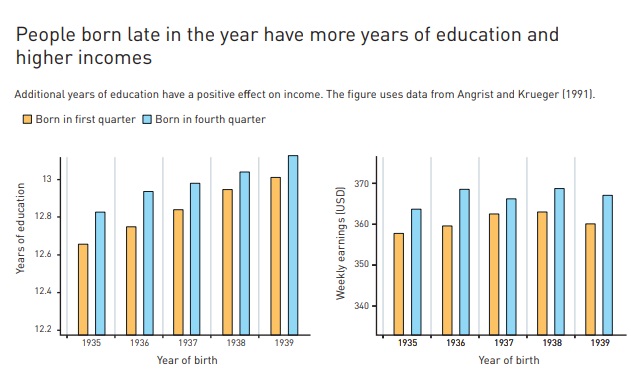 Awarded in six different fields, viz. Physics, Chemistry, Physiology or Medicine, Literature, and Peace, Nobel Prize is one of the most prestigious awards in the world. The winner of the prize known as laureate takes home a gold medal, diploma and 10 million Swedish Kronor as prize money.

The eligible candidates are shortlisted by the nominators who are prominent academics working in the relevant fields and have received invitations from the Nobel Committee to submit the names for consideration.

For the Peace Prize, the inquiries are also sent to the government, former Peace Prize laureates, and current or former members of the Norwegian Nobel Committee. The winners of the Nobel Prize are selected by the prize-awarding institutions via a majority vote.

About Nobel Prize in Economic Sciences

The Nobel Prize in Economic Sciences, officially the Sveriges Riksbank Prize in Economic Sciences in Memory of Alfred Nobel, is an economics prize presented by the Nobel Foundation. The prize was established in 1968 and was first awarded in 1969 to Dutch economist Jan Tinbergen and Norwegian economist Ragnar Frisch for having developed and applied dynamic models for the analysis of economic processes.

It is to be noted that the Nobel Prizes will be announced from 4 October to 11 October 2021. Check the complete schedule below:

It is to be noted that today was the last day of the announcement of Nobel Prizes this year. To check the winners of this year's Nobel Prize winners, refer to the links below:

Nobel Prize in Physics 2021 jointly awarded to Syukuro Manabe, Klaus Hasselmann and Giorgio Parisi: All you need to know

Nobel Prize in Chemistry 2021 jointly awarded to Benjamin List and David W.C. MacMillan: All you need to know

Nobel Prize in Literature 2021 awarded to novelist Abdulrazak Gurnah: All you need to know

2021 Nobel Peace Prize jointly awarded to Maria Ressa and Dmitry Muratov: All you need to know