Optical Illusion for Testing Your IQ: Can you find the raccoon who made the mess in 15 secs?

Optical Illusion for Testing Your IQ: People with High Intelligence can spot the Raccoon who has created the mess in the picture. Can you spot the hidden raccoon in 15 seconds?

Optical Illusion for Testing Your IQ: A normal human brain can look at things or images differently forming a different perception from each angle. An optical illusion is a mind-bending, deeply fascinating, shape-shifting image of an object or drawing, or people that challenge the brain’s way of perceiving things. There are numerous types of optical illusions physical, physiological, and cognitive illusions. These optical illusions are also a part of the field of psychoanalysis as they throw some light on how you perceive things. One such clever illustration can be seen in a picture where the raccoon is hiding somewhere after creating a mess outside the house in the picture.

Optical Illusion for IQ Test: Can you find the raccoon who made the mess? 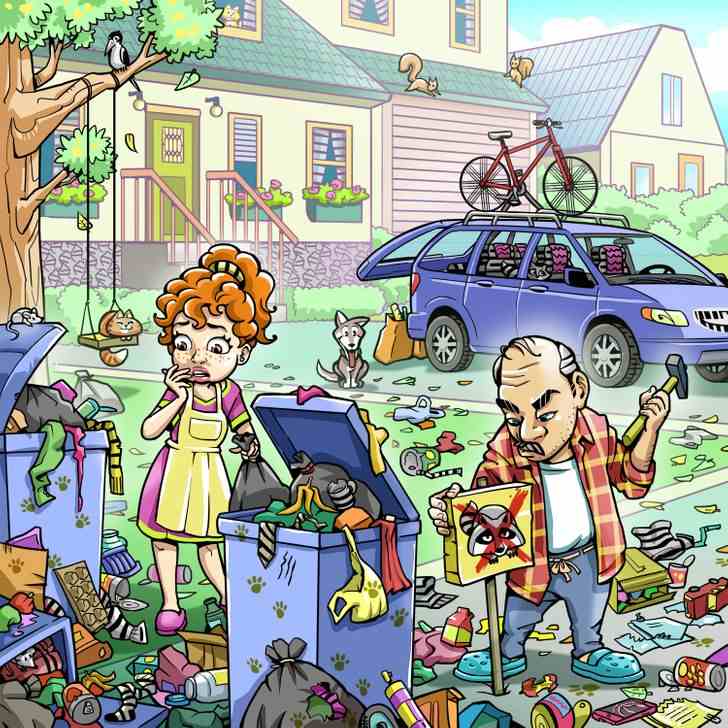 The above image was shared as a brain teaser that challenges you to spot the hidden raccoon that has created the mess outside the couple’s house.  In the picture, you can see that a couple is looking angry and worried as a raccoon has created a mess in front of their house. The garbage from the dustbins has been scattered all around the front yard of the house. The lady is holding a garbage bag and the man is putting a sign indicating no raccoon area.

Can you spot the Girl’s lost Sock inside her messy room?

There is a cat, a bird, a dog, and squirrels amid the mess. However, the raccoon who has created the mess is hiding somewhere in the picture. The puzzle challenges the viewers to find the raccoon by stating “That raccoon is a real rascal. Where is he hiding?” It has been claimed that only eagle-eyed viewers can spot the hidden raccoon in the picture.

Only 5% can spot a Crown hidden inside the Bedroom

Did you spot the Hidden Raccoon in 15 seconds?

Take a close look at this optical illusion picture and try to spot the hidden raccoon inside the front yard of the house. If you are not able to spot the raccoon, then we are here to help you! Look inside the car. The raccoon is hiding inside the car as shown in the image given below: 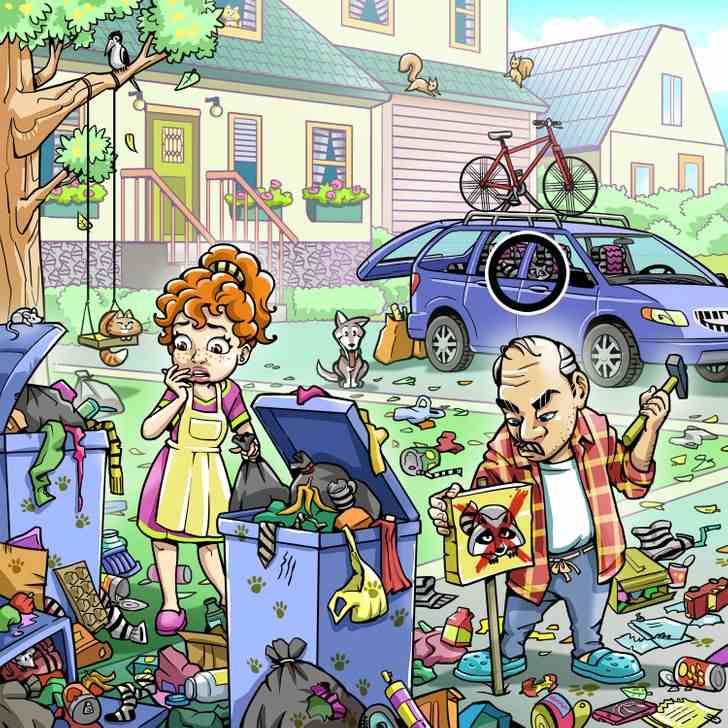 Can you find the mouse before the cat does inside the library?

It has been claimed that if you manage to identify the hidden raccoon inside the picture in a few seconds, it could be a sign of your extraordinary intelligence and memory. Studies show that the more you exercise your brain with difficult puzzles, the smarter you tend to be.

Spot the hidden seal among the penguins inside Antarctic Island

Optical illusions always give some fascinating insight into how our brains work. Specific combinations of color, light, and patterns can trick our brains into visually perceiving something that isn’t there. So tell us, did you spot the hidden raccoon inside this optical illusion?