NCDC Report on Sero Survey: 23% of people living in Delhi have COVID-19 antibody

The National Centre for Disease Control (NCDC), Government of India, has officially published the results of the sero-surveillance conducted in India, showing a ray of hope. From June 27 to July 10, random blood samples of more than 20,000 people living in Delhi were taken to test for the antibodies to the COVID-19 virus. 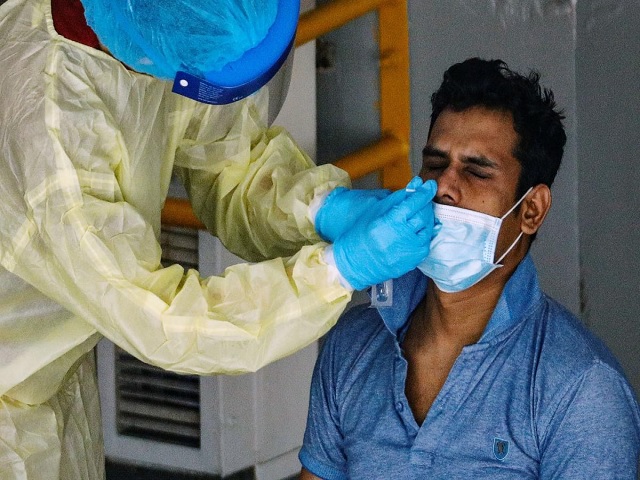 The National Centre for Disease Control (NCDC), Government of India, has officially published the results of the sero-surveillance conducted in India. From June 27 to July 10, random blood samples of more than 20,000 people living in Delhi were taken to test for the antibodies to the COVID-19 virus.

The results show a ray of hope as around 23% people who were a part of the survey have had contracted the virus in some form, but have become immune to it for a period of few months. Out of 19.8 million people living in Delhi, 4.5 million people have been infected. Out of these infected individuals, only 0.123 million people are the confirmed COVID-19 cases, as per the official data. Out of these 0.123 million people, around 3,700 people have died. Thus, the Infection Fatality Rate (IFR) is 0.9 per 1000 people. As per this data, the fatality rate in India is much less than the rest of the countries such as the US, Germany, etc. but is more than the tropical countries such as Thailand.

ELISA Testing Kit: All you need to know about the first Made in India detection kit for coronavirus

On Saturday, the Delhi Government began sero-survey in Delhi to determine the spread of the deadly virus. Chief Minister Arwind Kejriwal stated that his government is deploying a five-point action plan to fight against the deadly virus-- Testing and isolation, providing oximeters and oxygen concentrators, plasma therapy, screening, and survey.

In this, the blood samples were collected from random people to study the scale of undetected infections with the help of rapid testing. Around 20,000 were tested till July 10 to determine the presence of IgG antibody.

As per the National Centre for Disease Control (NCDC), the results of this survey will be used to monitor the trend of the infection in the community, will reveal the extent of COVID-19 spread in Delhi and such tests will be conducted periodically.

On its first day, 30 teams were created to carry out the door to door survey in the Central district of Delhi. On Monday, sero-survey began in New Delhi district and collected 169 samples only, based on the population. The Northwest district collected the highest number of samples in Delhi due to its population.

The survey was jointly carried out by NCDC and the Delhi Government. NCDC functions under the Central Government. Under the collaborative survey, at least 30% of the samples from each ward were from the age group-- 1 to 18 years. The study was voluntarily and was carried out on those who are living in the city for at least six months.

The teams carried questionnaire having questions related to the health, travel and contact history, consent forms, kits for collecting blood, PPE and bags to dispose of the biomedical waste after each survey.

Earlier, ICMR announced the result of its pilot sero-surveillance which was carried out on 26,000 people pan India. The survey revealed that the urban areas have about 1.09% higher infection rate than that of rural areas. The study concluded that 0.7% of the population have been infected in the past.

Also, the Indian Council of Medical Research, ICMR has issued an advisory to all the states of India to conduct serosurvey to monitor the Coronavirus pandemic. The advisory further states that these tests can be carried out on frontline workers, medical professionals, vendors, police personnel, the staff of restaurants and grocery shops, etc. In addition to these, individuals residing in the containment zones and patients with chronic illness tuberculosis, HIV, etc. will also be covered.

In serosurvey or sero-surveillance, testing of blood serum of a group of individuals is conducted to detect the presence of antibodies against the infection, in this case, SARS-CoV-2. This is done to identify the individuals who were previously been infected with the virus and have now recovered.

Who will conduct the sero-surveillance?

The sero-surveillance will be conducted by the Indian Council of Medical Research (ICMR) and the National Centre for Disease Control (NCDC) in collaboration with the state health departments and recognized bodies.

Thus, this serosurvey is conducted so that the government agencies could track COVID-19 trends and it will also help in keeping a check on the community transmission of the virus.

How the sero-surveillance will be conducted?

The top 10 cities of India (who have registered the highest number of COVID-19 cases) will be covered in this survey to monitor and track the community transmission in the country. Apart from this, the serosurvey will also be conducted in 60 Indian districts of 21 States and UTs. This survey will be classified into four stages-- zero, low, medium and high.

In May 2020, ICMR (Indian Council of Medical Research) carried out sero-surveillance across 83 districts in 21 states in India and the blood samples of 26,400 individuals were collected.

India’s first coronavirus testing kit: All you need to know about the woman behind it