Decoding The Kashmir Files: Meet the real-life characters and witness the events that unfolded during the exodus of Kashmiri Pandits

The Kashmir Files, directed by Vivek Agnihotri, has received mixed reactions both from viewers and critics. As the movie has entered Rs. 200 crore club, we are decoding real-life characters which have inspired the characters shown in the movie. These are Himanshu Ganjoo as Krishna Pandit, BK Ganjoo, Girjia Tickoo as Sharda Pandit, Nivedita Menon (JNU Professor) as Radhika Menon, Bitta Karate as Farooq Malik Bitta, and representation of all Kashmiri Pandits as Pushkar Nath Pandit.

Updated: Mar 25, 2022 12:54 IST
Decoding The Kashmir Files: Meet the real-life characters and witness the events that unfolded during the exodus of Kashmiri Pandits

The Kashmir Files Real Characters: Ever since its release, The Kashmir Files has taken the box office by storm. Directed by Vivek Agnihotri, the movie brings to fore the plight of Kashmiri Hindus who were forced to leave the valley in 1990 by the militants. As the movie has entered Rs. 200 crore club, we are decoding real-life characters which have inspired the characters shown in the movie.

He was influenced by JNU professor Radhika Menon, Nivedita Menon in real life, who told him a completely different perspective of Kashmir. When his grandfather died, he took his ashes back home to Kashmir and gained clarity and closure about the tragic incident that befell his family.

Krishna Pandit in real life is Himanshu Ganjoo.  He was told by his maternal grandmother that his parents died in a scooter accident. He came to terms with his maternal grandmother's story. However, he came to know what happened with his parents after many years through a newspaper cutting in the book of her sister, left India, and opened about the very first time about the tragic incident to Vivek Agnihotri, the director of The Kashmir Files. 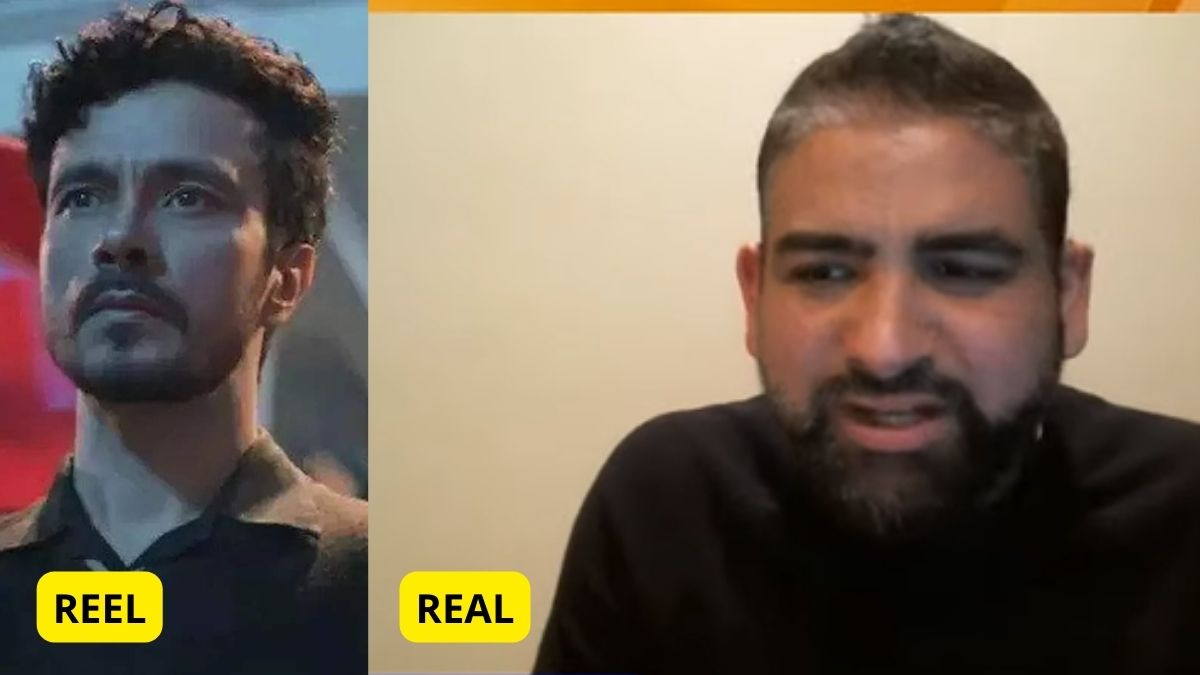 As shown in the movie, BK Ganjoo was a Kashmiri Pandit who hid in the rice bin but was shot to death by militants after Ganjoo's neighbours shared his whereabouts.

The character is based on the gruesome murder of a telecom engineer, BK Ganjoo, stationed in Kashmir. On his way home, Ganjoo suspected footsteps approaching him but ignored them. A few minutes after he reached home, the terrorists broke open the door and started searching for him. 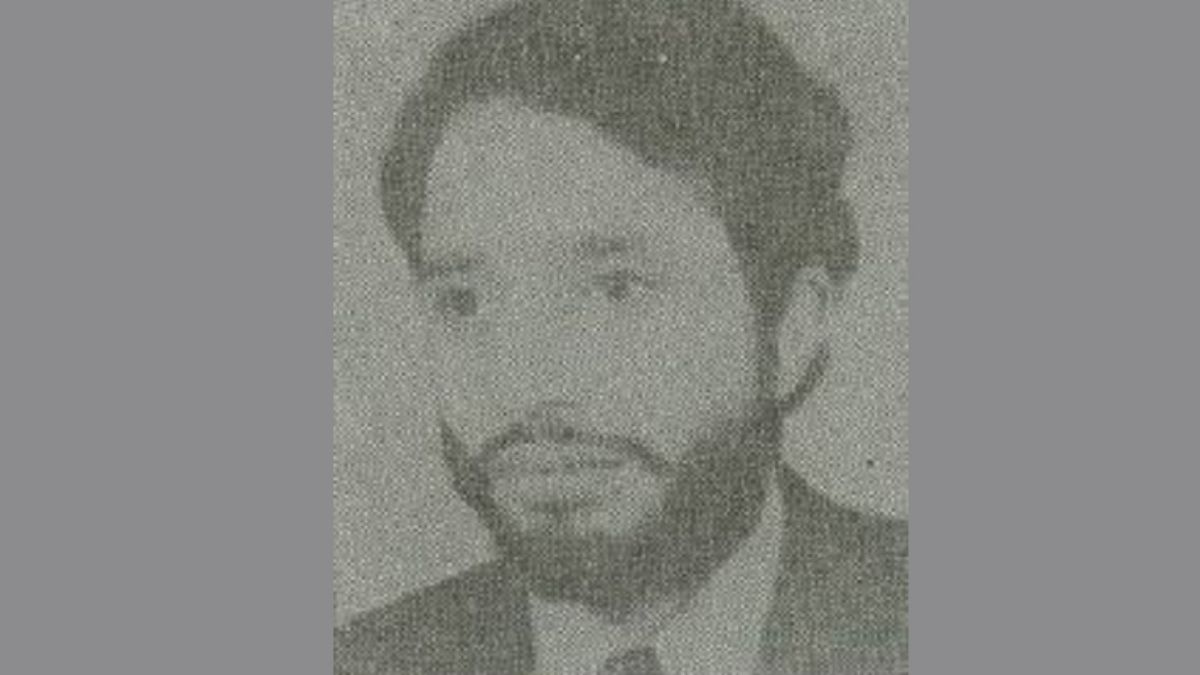 The terrorists left as they could not locate their target but returned after his neighbours pointed towards the rice bin, where Ganjoo hid.

They found him, pumped him with bullets and left him bleeding on the rice. While leaving, they said, "Let the rice soak in your blood and let your children eat it. Ah, what a tasty meal would it be."

The Kashmir Files shows an incident in the film where a woman is forced to eat rice soaked in the blood of her husband. She is Sharda Pandit. Later in the movie, she is seen in the role of a woman who was molested by militants and was cut alive with a carpenter saw. 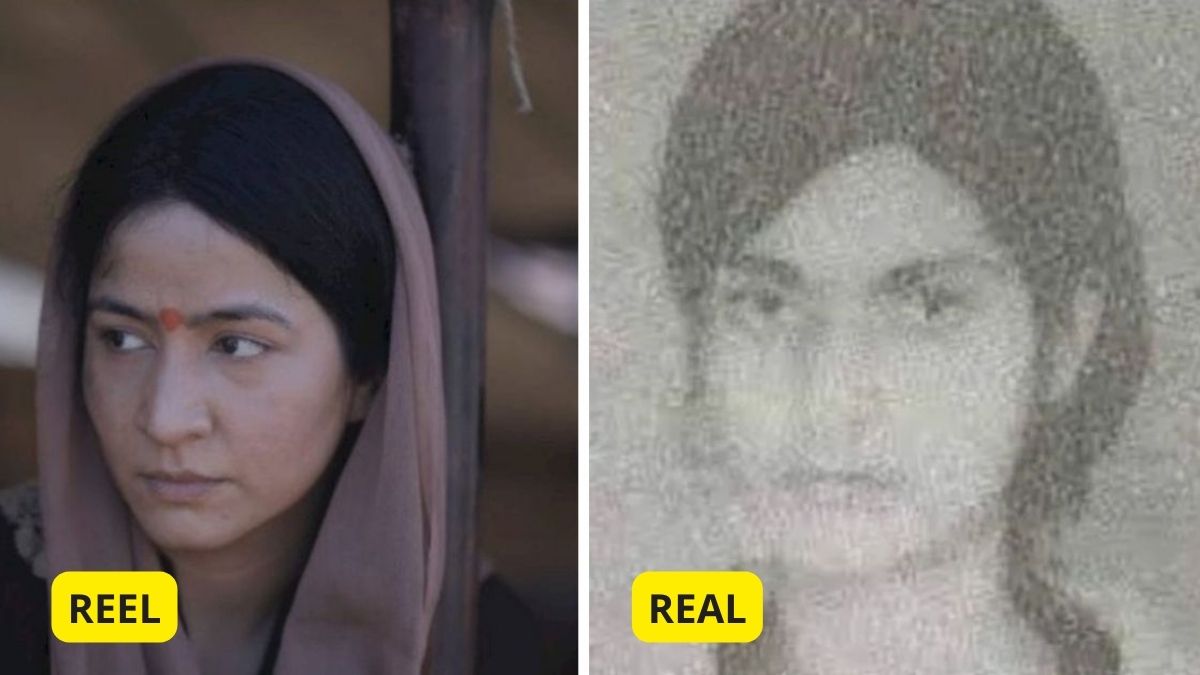 Her character is based on a real-life woman, Girija Tickoo, who was a librarian at a University. On the fateful day, she went to collect her paycheck and boarded a bus on her way back home. The bus was stopped by the militants who dragged her out and threw her into a taxi. What happens next is her molestation and gang rape. She was later cut into two with a mechanical saw by the militants.

Ms. Girija Tickoo, a Kashmiri Pandit teacher in a government school in Kupwara district was coming out of the school building after collecting her salary when she was accosted by gunmen who kidnapped her to some unknown place where she was gang raped. pic.twitter.com/mrfGM5qos3

"Till this date, I've never heard anyone from my family speak about this incident. My father tells me every brother lived in such shame and anger that nothing had been done to receive justice for my Babli Bua," said Girija Tickoo's niece in an Instagram post.

The film shows a varsity named ANU where a professor, Radhika Menon, is surrounded by the students. She presents the students with her version of Kashmir and the plight of the people there. She further urges her students to become vocal for those who cannot oppose the atrocities committed against them.

The character is based on real-life JNU professor Nivedita Menon who teaches comparative politics and political theory at the university. Menon is known for her strong communist stance. 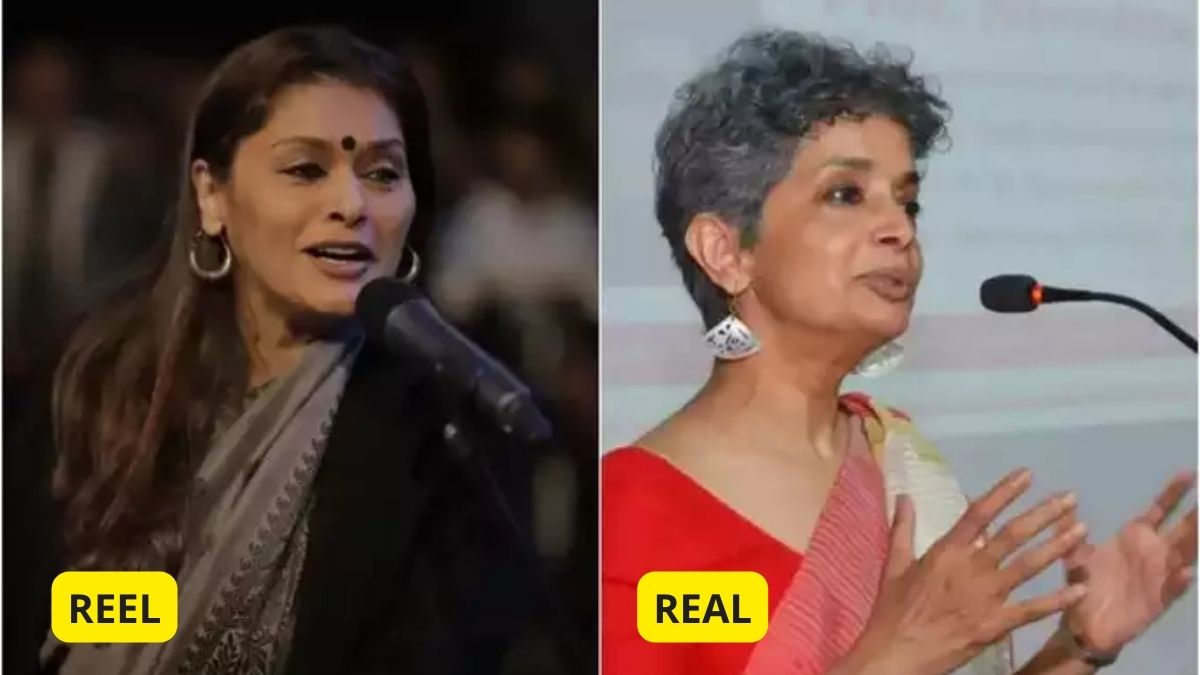 In 2016, professor Menon gave an infamous speech on nationalist principles and chanted anti-national slogans in favour of Kashmir's cause. The same has been portrayed in The Kashmir Files.

JNU Prof Nivedita Menon claims that India illegally occupies Kashmir. This is the kind of poison these Urban Naxals like her fills in young mind which is detrimental for our Nation. pic.twitter.com/6rMtwB0CGF

The character is inspired by the real-life terrorist Farooq Ahmed Dar aka Bitta Karate who killed around 20 people, and thereafter became a synonym for terror in the Valley. 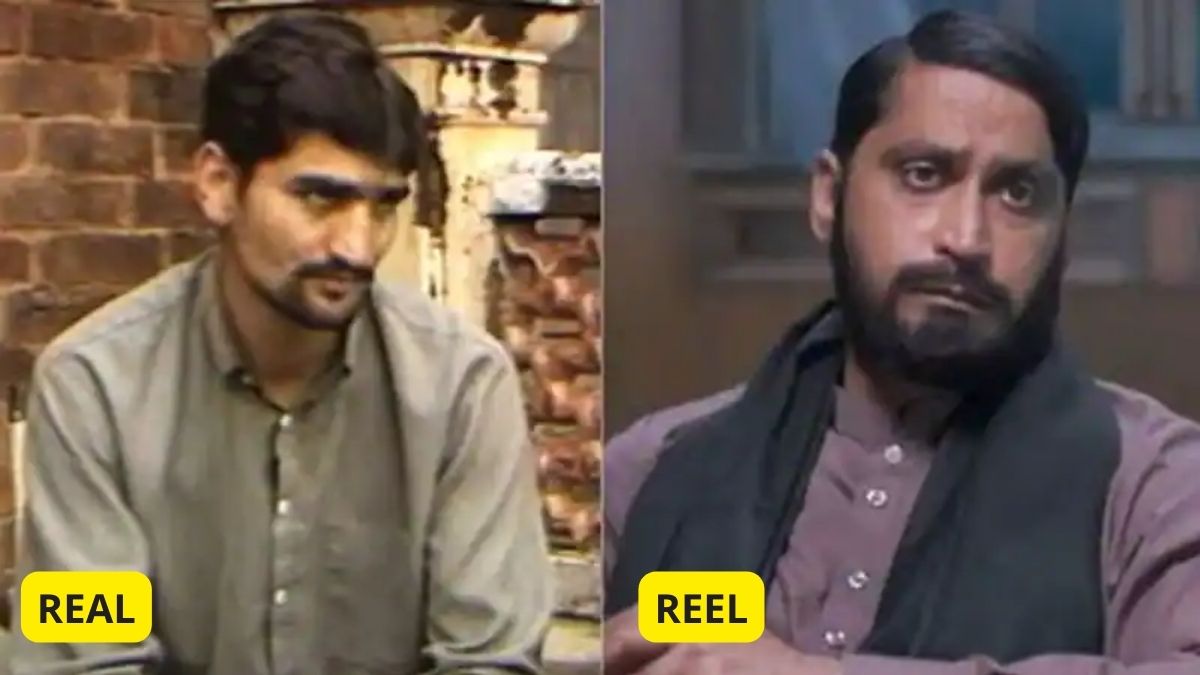 Bitta received armed training in PoK and his first victim was a young businessman Satish Kumar Tickoo. In an interview, he admitted to killing at least 20 people and that he could have even killed his own brother or mother if commanded. However, he later claimed to not have executed anyone and that the statement was made under pressure.

This is how my mama ji (uncle) escaped a bullet from Bitta Karate and is still alive today. I have not told this story before. #TheKashmirFiles #KashmirFiles 1/n

An excerpt from the interview:

Bitta Karate was arrested in 1990 and was put behind the bars until his release on bail in 2006. Following this, he joined the Jammu and Kashmir Liberation Front (R) and subsequently became its chairman. He was again arrested in 2019 by the National Investigation Agency (NIA) on charges of terror funding.

Pushkar Nath represents the plight of hundreds of thousands of Kashmiri Pandits who were forced to leave the Valley in 1990. His character depicts the events that unfolded in the valley and the sufferings Kashmiri Pandits went through during the mass exodus. 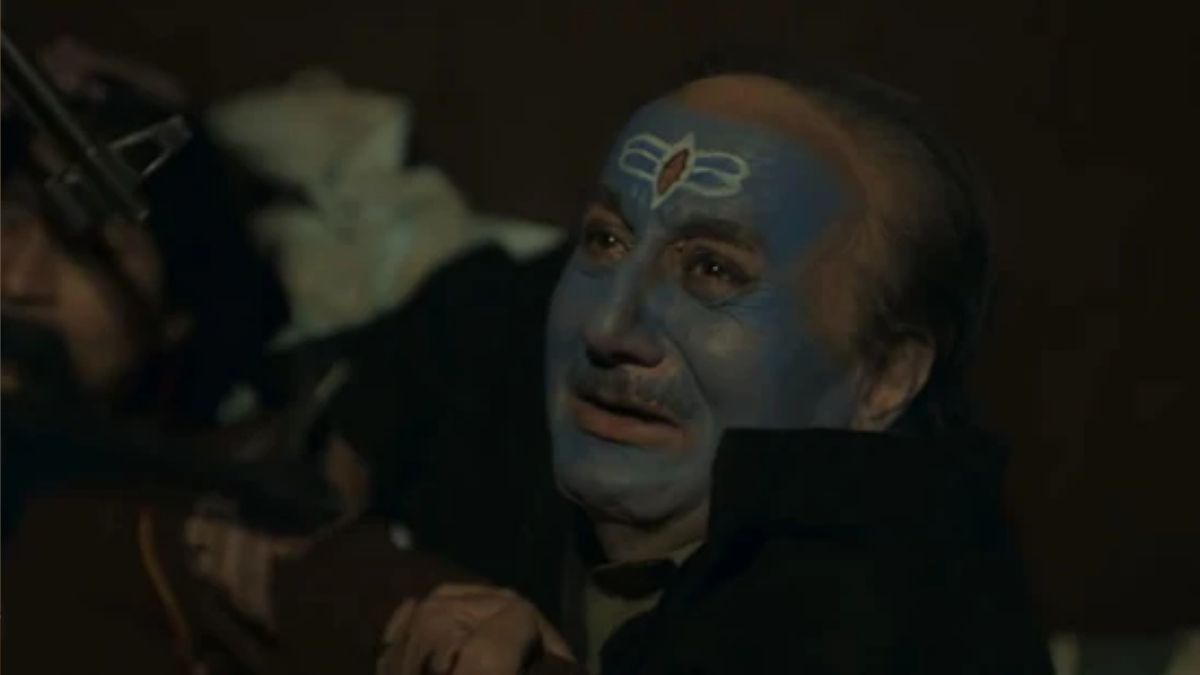 Also Read | Is 'The Kashmir Files' based on a true story?