Carbon is one of the important elements on the Earth. It is stored in the soils or the sediments below the coastal vegetation. Carbon sequestration also process is involved in coastal ecosystem In this article, we have explained the term blue carbon and its importance which is very useful for the competitive examinations like UPSC-prelims, SSC, State Services, NDA, CDS, and Railways etc. 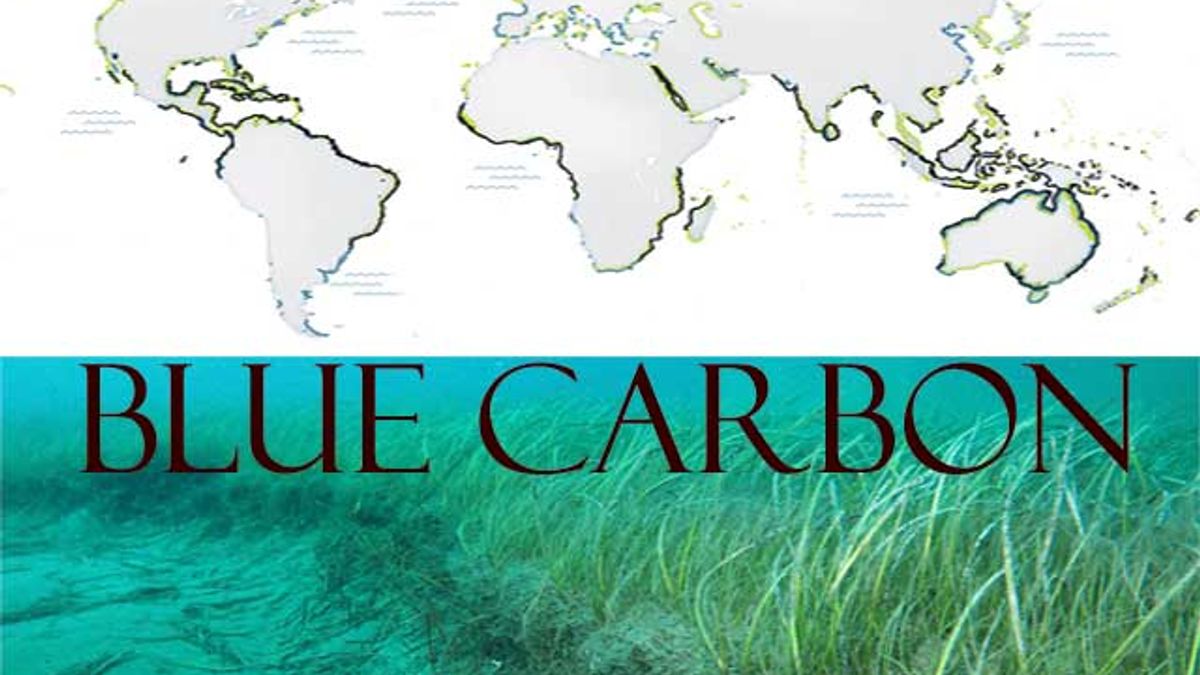 Carbon is one of the important elements on the Earth. But the earth’s crust has only 0.02% carbon in the form of minerals like carbonates, hydrogen, carbonates, coal and petroleum and the atmosphere has only 0.03% of carbon dioxide. In spite of this small amount of carbon available in nature, the importance of carbon seems to be immense.

What is Coastal Ecosystem?

Coastal Ecosystem is a region where land and water join together. It consists of mangrove forests, seagrass meadows or intertidal salt marshes, wetlands, estuaries, and bays.

Before moving to the ‘Blue Carbon’, firstly know that- “What is Carbon Sequestration?”

Carbon Sequestration is the process of capture and long-term storage of carbon dioxide, either from the atmosphere or directly from the point of production (e.g. carbon capture and storage).

When this process is involved in coastal ecosystem through the mangrove forests, seagrass meadows or intertidal salt marshes, then the stored carbon is known as 'Blue Carbon'.

Carbon is stored in the soils or the sediments below the vegetation. As compare to the rates of terrestrial carbon sequestration, coastal ecosystem sequestration is lower and the deposition of carbon dioxide can continue over a span of 1000 years but it can store carbon for a long period.

1. It reduces the negative impact of climate change because coastal ecosystem can trap carbon for long periods of time.

2. It assimilates pollutants like heavy metals, nutrients and suspended matter which will be helpful for improving water quality.

3. It prevents eutrophication (Excessive nutrients in a lake or other body of water, usually caused by runoff of nutrients).

4. It provides jobs and income to local people by improving the health of fisheries ecosystem.

5. It will improve tourism industry, as well as materials for building or ingredients for medicines.