What is e-Day and what does 'e' mean?

e- Day is celebrated as the day of Mathematical constant e on 7 February every year. What does e denote in mathematics, how is it calculated and what is the purpose of celebrating e-day? Let us find out! 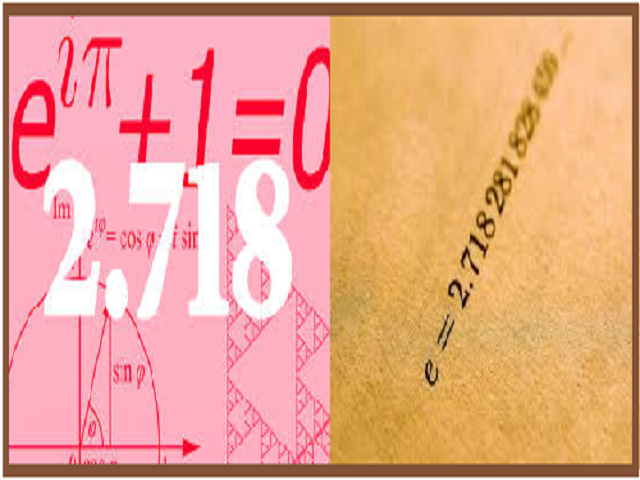 The e number is one of the most important numbers in mathematics. Like Pi Day, e day is also celebrated. It is also known as Euler's number after Leonhard Euler.

e = 2.71828182845 (and more.....). It is an irrational number and cannot be written as a simple fraction that is it has a decimal expansion that will continue forever without repetition. Let us tell you that an irrational number is a real number that cannot be written as a simple fraction. e is the base of the Natural Logarithms that is invented by John Napier. No doubt e (Euler's Number) is the second most famous mathematical constant after Pi.

For two reasons basically, Euler number becomes famous namely it is used in several real-life situations and it has various interesting mathematical properties. Due to this, it becomes a useful number for scientists, engineers, and mathematicians.

Now let us see the history of e number? Where did it come from?

In the 17th Century, Euler's Number was first discovered by Jacob Bernoulli when he studied the problem of Compound Interest.

Let us understand with the help of an example:

Suppose you have £1 and you get interest twice a year at a rate of 50%.

Therefore Jacob Bernoulli told to calculate the interest as (1+1/n)n where n tends towards infinity.

This is one way of calculating e. Now, Euler Number is also calculated as a limit by the formulae:

At that time Jacob Bernoulli did not have a computer and only told that the value of e lies between 2 and 3. After some years, Leonhard Euler managed to calculate the value of e correct up to 18 decimal places. He discovered:

It is said that the more you calculate, more close value of e you will get.

Euler only named the constant 'e'. He also represents e in the form of a 'constant fraction'. There are several ways to represent e as infinite continued fraction. One of them is mentioned below: 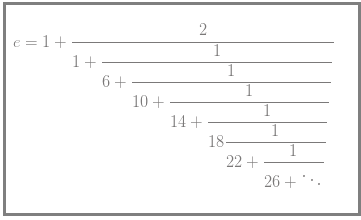 In the real world, Euler number is used to calculate several things like how population grows, how temperature changes, radioactive decay of particles, etc.

Note: Euler's equation shows that both Pi and e are connected. No doubt it is surprising that pi comes from the properties of circle and e from situations that have no connection with circles like compound interest.

Why is e- Day celebrated on 7 February?

No one is sure who invented e- Day. Mostly, it is said that might be it was invented the same as Pi Day by a mathematician or an engineer. It is celebrated on 7 February in several countries that use a month/day date format because the date of the holiday that is 2/7 corresponds to the first two digits of Euler constant (e) which is 2.7182818. In several countries, it is also celebrated on 27 January that uses a day/month date format. In New Zealand, e day is also celebrated on 4 October as a day in which people recycle their electronic waste to clean the environment.

Therefore, we can say that Euler Equation e is more than just a useful number which can be used by mathematicians, scientists, etc. to model the real world. No doubt, on its own it is a fascinating number and to make people understand the importance of e, it is celebrated on 7 February as e-Day.

Important Days and dates in February 2020