Seagrasses are the only flowering plants that can live underwater. Let us read in detail about seagrass, their evolution, reproduction, food production, scientific name, etc. 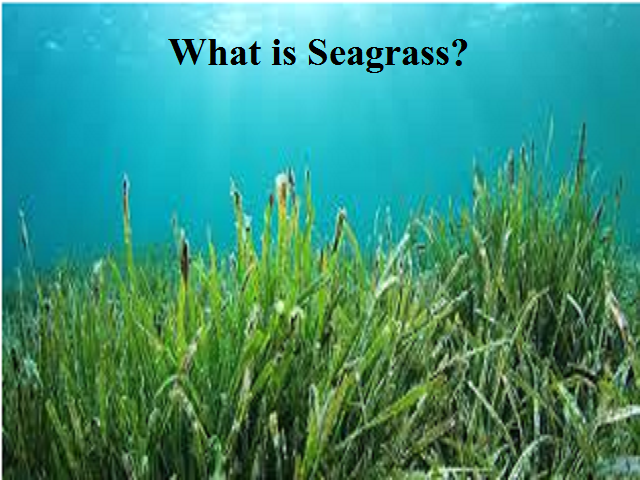 As per the researchers, underwater seagrass in coastal areas appears to trap bits of plastic in natural bundles of fibre called "Neptune Balls". They reported in the journal Scientific Reports that without humans' help or no help from humans, the swaying plants anchored to shallow seabeds and may collect about 900 million plastic items in the Mediterranean alone every year.

According to the lead author Anna Sanchez-Vidal, a marine biologist at the University of Barcelona "We show that plastic debris in the seafloor can be trapped in seagrass remains, eventually leaving the marine environment through beaching."

She further added that this accidental cleanup "represents a continuous purge of plastic debris out of the sea."

All along with the coastal areas of India, seagrasses occur. They are abundant in the Palk Strait and Gulf of Mannar in Tamil Nadu.

Three groups of flowering plants (angiosperms) colonised the oceans, since the time of dinosaurs and they are known as 'seagrass'. Do you know that they are the only flowering plants that can live underwater? They grow within the sediment on the seafloor with erect, elongate leaves, and a buried root-like structure (rhizome).

Seagrass has roots, stems, and leaves and can produce flowers and fruits. Closely, they are related to land plants and probably evolved from land-living angiosperms millions of years ago. Seagrasses closest relatives on land are the monocots that are grasses, lilies, and palms.

What is the Economic Importance of Algae?

Where are these grasses found?

They are found along the coast, in clear, shallow waters through which light falls, penetrates and the process of photosynthesis takes place. Some species of seagrass occupy the intertidal zone which is the area between the highest tide and the lowest tide line from where the sea retreats at low tide to expose the seabed.

Some species including Halodule wrightii and Cymodocea rotundata grow close to the mangrove belt and can survive exposure to heat and dryness. Genus Thalassia of seagrasses is found on the stable substrates in the intertidal.

Seagrasses other species including Halophila and Halodule species and Enhalus acoroides (tape grass) are mostly found submerged underwater in the sub-tidal zone. In European waters, Zostera or eelgrass occurs in estuarine areas.

Under suitable conditions, seagrasses form dense underwater 'meadows' and some of them are so large that can be seen from space.

As they depend on light for photosynthesis so most commonly they are found in shallow depths where light levels are high. Several seagrass species live in depths of 3 to 9 feet, but the deepest growing seagrass has been found at depths of 190 feet.

They grow in salty and brackish waters across the world, typically along gently sloping, protected coastlines. Various coastal regions are dominated by one or few seagrass species, regions in the tropical waters of the Indian and western Pacific oceans. They have the highest seagrass diversity. It is said that in the world Antarctica is the only continent without seagrasses. Hence, seagrasses are found across the world, from the tropics to the Arctic.

As discussed above that like other terrestrial plants, seagrasses also require sunlight for photosynthesis so that they can prepare their own food and release oxygen.

Through sexual or asexual methods, seagrass can reproduce.

Sexual reproduction: In this reproduction from the flower of the male plant, the pollen is transferred to the ovary of the female flower. This is known as submarine pollination. Various species undergo this process and complete their life cycle underwater.

Asexual Reproduction: In this reproduction, seagrasses branch off at their rhizomes or modified subterranean plant stem that sends out roots and shoots from its nodes. Due to this, they can recover after being cut by grazers or disturbed by storms.

- They are considered 'Ecosystem Engineers' because they are known for providing various ecosystem services. They are also called 'the lungs of the sea' because they release oxygen into the water through the photosynthesis process.

- They help to maintain the quality of water by trapping fine sediments and suspended particles in the water column and increases the clarity of the water.

They prevent soil erosion due to the extensive vertical and horizontal root systems of seagrasses.

- They sequester up to 11% of the organic carbon that’s buried within the ocean and that they occupy about 0.1% of the ocean floor and absorb around 83 million tonnes of carbon from the atmosphere annually.

Beds of seagrass are facing decline across the world. As per researchers, around 30,000 square kilometres of seagrass has been lost during recent decades. Some sort of natural disturbances also they face like grazing, storms, ice-scouring, and desiccation.

Note: Ice-scouring is abrasion and erosion of seabeds by glaciers and desiccation is extreme dryness.

Therefore, we can say that if habitats of seagrass are lost then the marine organisms that are dependent on them will also not able to survive properly and may also face extinction. It will also result in the loss of marine ecosystem productivity. At the global level protection and restoration should be attempted as it can play an important role in mitigating climate change. It is necessary to take measures to conserve seagrasses and their habitats.

Seagrass can reproduce through asexual or sexual reproduction methods.

What are the uses of seagrass?

It is said that seagrass has been used by humans for over 10,000 years. They are used to fertilise fields, insulate houses, weave furniture, etc. They do all this in their native habitat and have the biggest benefits for humans and the ocean.

Seagrasses are the only flowering plants that can live underwater. They grow in the sediment on the sea floor with erect, elongate leaves and a buried root-like structure (rhizome).
Comment ()