What is the importance of Chabahar Port for India

China is trying to surround India with the help of projects like Strings of Perils .To counter Chinese threats India has signed a $20 billion (about $ 1,363 billion) deal with Iran to develop Chabahar port in Iran in 2015. This is a trilateral agreement which includes Afghanistan and India along with Iran. 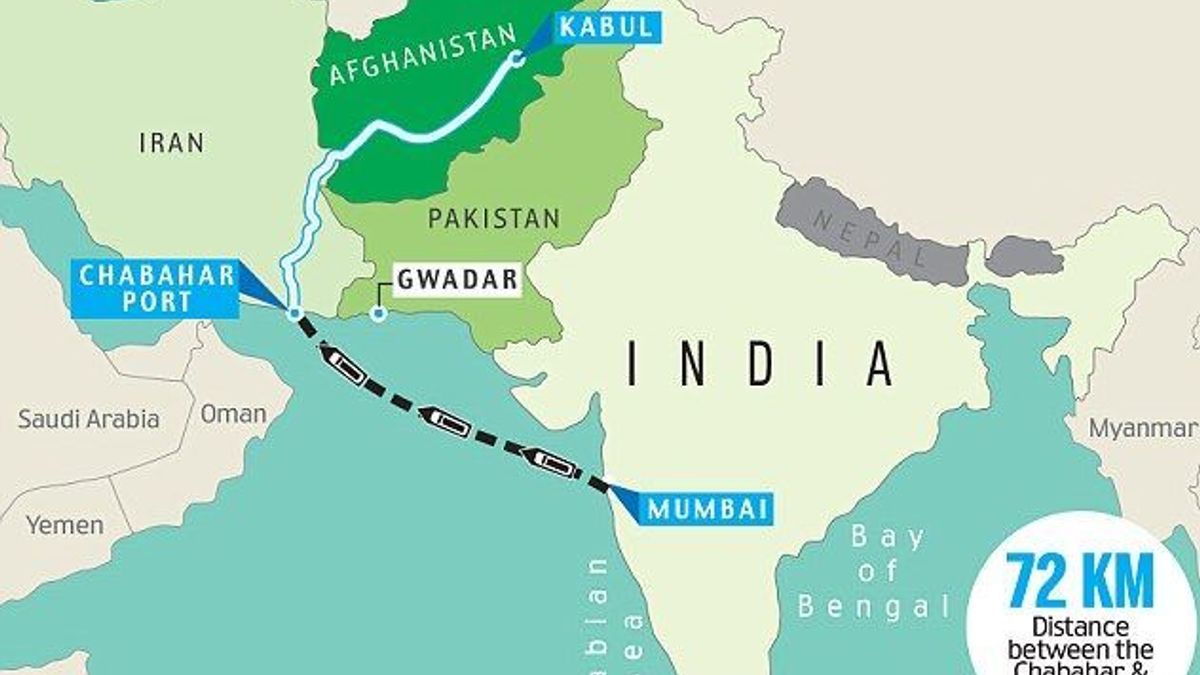 China is trying to surround India with the help of projects like "Strings of Pearls". Recently, China has invested $46 billion (about $ 3,131 billion) for the development of Pakistan's "Gwadar Port". In the retaliation of Chinese incursion in the border regions of India, our country has also signed a $20 billion project with Iran to develop "Chabahar port" of Iran in 2015. Development of Chabahar port is a trilateral agreement which includes Afghanistan along with India and Iran.

About Chabahar Port: -
"Chabahar" is a city in Iran in the province of Balochistan. It is a free harbour and situated on the bank of the Gulf of Oman. This is the southernmost city of Iran. Most people of this city are Baloch and speak Baluchi language. Going into history, middle-aged traveler Al-Burooni also called Chabahar the “Entry Gate of India” (from Central Asia). Chabahar means four waterfalls. Gwadar port is less than 400 km from Chabahar by road and 100 km by sea.

Is India in the position to boycott Chinese products?
Importance of Chabahar Port for India:-
This port is very important for Iran as well as for India. If this route is opened then India will no longer need to seek help of Pakistan to reach Afghanistan via road and sea route. This agreement was signed by transport Minister of India Mr. Nitin Gadkari and Iranian Minister Abbas Ahamad. image source:Al-Masdar News
This port will be used for transport of crude oil and urea. This will greatly save India's transportation cost. As per the MoU signed between the two nations in May 2016, India is to equip and operate two berths in Chabahar Port Phase-I with capital investment of USD 85.21 million and annual revenue expenditure of USD 22.95 million on a 10-year lease.When the Chabahar port will become functional, there will be a significant boost in the import of iron ore,sugar and rice to India. The import cost of oil to India will also see a considerable decline. India has already increased its crude import from Iran .
Under this project, India is not only get a port for trade but also a place from where Indian Navy can give befitting reply to China in case China decides to flex its navy muscles by stationing ships in Gwadar port to reckon its upper hand in the Indian Ocean, Persian Gulf and Middle East.
Which company will participate from India?
"Global Ports Limited" (IGPPL), a company established by the Government of India, will take up the construction work of Chabahar Project. IG Petrochemicals had applied for permission to set up a company to run the port. In this scheme, IG Petrochemicals will construct two new terminals, one terminal for vessels and other for multipurpose ships.

In the last 20 years 1,800 companies have been registered in Chabahar but in the last 3 years, this number has increased by 60%. Similarly, the investment has also increased. Indian companies related to petrochemicals, steel, fertilizers etc. are showing interest in the project and enquiring regularly about the same.
However, some Indian businessmen are still thinking about the investment in this project. They are taking the time because European banks are still reluctant to invest money in any Iranian project. The biggest reason for this hesitation is the sanctions imposed on Iran by the United States.
Now in the news it is being heard that India is working very slowly on this project. Iran has said that if India delays, then it can invite investment from other countries including China, which already has shown its interest in the project. Therefore, it is the need of the hour that the Indian government should not delay it further and should try that the project be completed within the stipulated time frame.