Washing soda is sodium carbonate with 10 molecules of water of crystallisation. It is used in the manufacture of glass, soaps, detergents, paper etc. Let us study through this article about washing soda, its production, properties and uses. 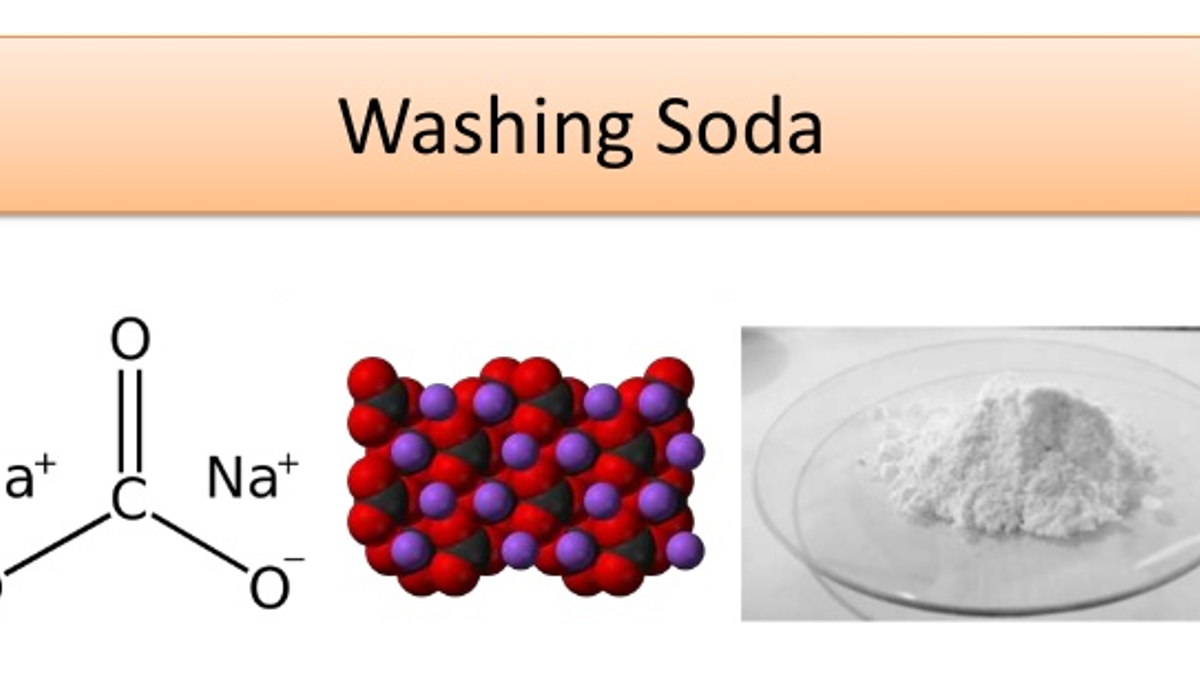 How Washing Soda is produced?

In the following three steps, washing soda is prepared from sodium chloride or common salt.

2NaHCO3 → Na2CO3 +H2O +CO2
Soda ash
The preparation of Sodium Carbonate is also known as Solvay process. But before that calcium carbonate (limestone) was heated to release carbon dioxide.

Thirdly, anhydrous sodium carbonate or soda ash is dissolved in water and recrystallised to get washing soda crystals containing 10 molecules of water of crystallisation.

What are the Properties of Washing Soda?

- It is one of the few metal carbonates which are soluble in water.

- Do you know that the solution of washing soda in water is alkaline which turns red litmus to blue?

- Washing Soda has detergent or cleansing properties because it can remove dirt and grease from dirty clothes. How it cleanse the clothes? Washing soda attacks dirt and grease to form water soluble products, which are then washed away on rinsing with water.

What are the uses of Washing Soda?

- Washing Soda is used as cleansing agent for domestic purposes like washing clothes. In fact sodium carbonate is a component of many dry soap powders.

- It is used for removing permanent hardness of water.

- It is used in the manufacture of glass, soap and paper.

- It is used in the manufacture of sodium compounds like borax.

- It is the most important agent in laundries.

- It is used in paper, textile, soap, and detergent industries.

Therefore, we can say that washing soda is sodium carbonate with 10 molecules of water which is mainly used as a cleansing agent.