We know that gold has been used in India since ancient times. Its accuracy is measured in the carat. People use it in the form of jewellery, coins, etc. You may have noticed that gold does not rust like other metals but why? Let us find out! 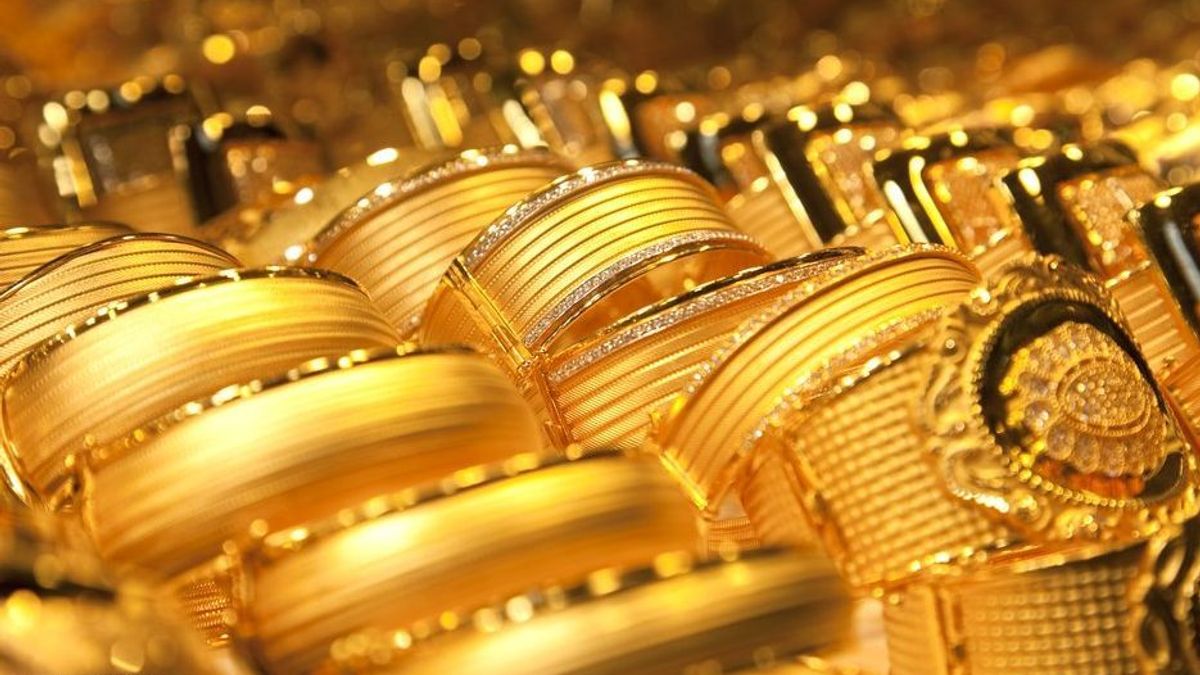 Gold is a dense precious lustrous yellow metal which is valuable with several qualities. We all know that from ancient times it has been used for making coins, jewellery etc. Do you know that gold and copper are two metals that were first discovered? Accuracy of gold is measured in carat. There are several metals like iron that rust but gold does not rust. Why?

Rust is a reddish-brown flaky coating on metal. But commonly rust phenomena is known as corrosion and oxidation of iron & its alloys. Rust is nothing but hydrated iron oxide which is caused when iron reacts with oxygen and water. This reaction is also known as oxidising. If iron is left for a long time in the atmosphere or in contact with water, it rusts. There isn't just one type of rust, in fact, various types of rust occur like blackening of silver, the formation of a green layer on copper and on the surface of brass etc.

- Gold is a noble metal in the periodic table, which is chemically inert and does not get corroded in the natural or industrial environment. This is because the gold does not react with oxygen in the atmosphere. However, gold does not make oxide because it is the least reactive metal - it is extracted from the ground in its pure form while other metals have to go through expensive industrial processes to extract metal from its ore.

- If the carat of gold is more in the ornaments, then the chances of getting weak will decrease. Let us tell you that a carat is a unit of testing the purity of gold. According to this, if the quantity of gold in jewellery, coin etc. is 99.9% then it is considered as 24-carat pure gold. If it is 75% then 18 carats, 58.5% then 14 carat and 41.7% then 10-carat gold. The rest part of the ornament is often made up of silver or other metals like copper, nickel, iron etc. If in the jewellery gold is 14 carat or less than that then it is considered as weak jewellery or not pure gold jewellery.

- Let us tell you that gold is the only metal which is found in yellow colour. The colour of some other metals may be yellow, but this can only happen when the reaction of these metals is done by any other chemical substance. Gold is a flexible metal. Do you know that a very fine wire of about 8 km can be made with 28 grams of gold?

Finally, let us tell you that since long gold is used in India. Some remains of gold have been found in Mohenjo-Daro and Harappan site, which shows that gold in ancient time was also used in the form of jewellery. Even the form of gold has been described in the Charak Samhita which was written 2300 years ago. Also, in the Chanakya's Arthashastra, the measures to identify gold, from where the gold can be obtained etc. have been discussed. This shows that India was at its golden age.

Now you may have come to know that gold does not react with oxygen in the atmosphere and does not form any layer on the surface like iron that is why it does not rust. But yes due to sweating, exposure to perfumes, deodorant and acid-based cleaning solutions may destroy the qualities of gold.

Why do particles of matter constantly move?