With the advent of geographical discoveries and inventions like Steam Power, Use of Mechanical Power opens new avenues of trade and commerce. The Industrial Revolution refers to the transition of hand production methods to the mechanized factory system. In this article, we have discussed about the factors which were responsible for the Britain to become the epicentre of the Industrial Revolution and also discussed the impact of this revolution which is very useful for the competitive examinations like UPSC-prelims, SSC, State Services, NDA, CDS, and Railways etc. 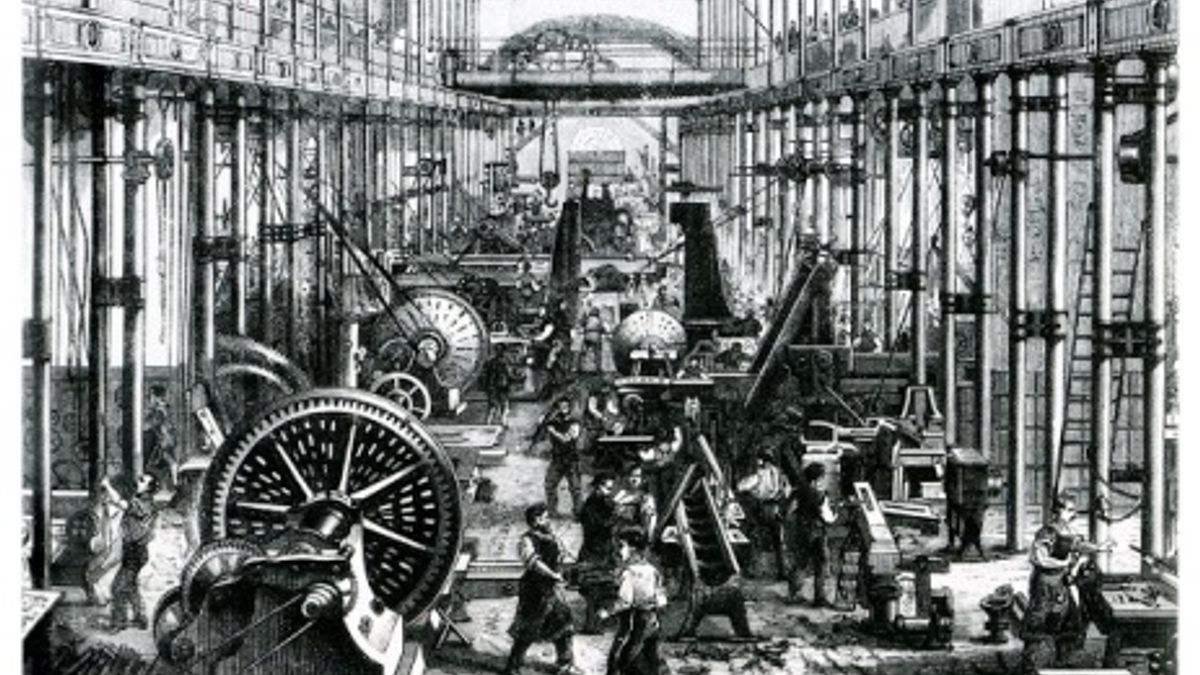 With the advent of geographical discoveries and inventions like Steam Power, Use of Mechanical Power opens new avenues of trade and commerce. This makes the bedrock of Industrial revolution as mismatch between demand and supply led to new innovative ways of enhancing production.

What is Industrial Revolution?

The Industrial Revolution refers to the transition of hand production methods to machines, new chemical manufacturing and iron production processes, the increasing use of steam power and water power, the development of machine tools and the rise of the mechanized factory system.

There were many factors that support Britain to become the epicentre of the Industrial Revolution. Important factors are given below:

3. Britain had adequate capital which was accumulated through colonialism.

4. Disappearance of serfdom (a person who is bound to the land and owned by the feudal lord) and ‘enclosure movement’ provided huge surplus agricultural labour which looked for employment and became source of cheap labour.

5. Britain was rich with natural resources. Iron and coal proved twin pillars of Industrial Revolution and Britain was lucky to have them in close proximity. If not then their colonial policy fulfil their need of resources.

Apart from above factors, faster means of communication, commodification of labour with introduction of wage System, development of new sources of energy like coal, new durable materials like steel were the other supporting factors for the rise of Industrial Revolution.

History behind the tradition of Bonfire Night

Impact of the Industrial Revolution

1. Social Impact: This Revolution supported the rise of new urban centres like Manchester but also indirectly helped in the emergence of terms like slums, nuclear family, urbanization, exploitation of women and children.

2. Economic Impact: Profit making became the core of all economic activities. Hence, it had helped in the emergence of capitalist ideology and transnational trade.

3. Political Impact: This revolution divided the world in terms of economic activities into developed and under-developed. Capitalism led to the emergence of Socialism and Marxism. Labour law and Child labour became relevant.