World Day of Social Justice is observed on 20 February to promote gender equality, indigenous peoples and migrants' rights. This day also focuses on achieving the goal of full employment and social integration. Let's read more about World Day of Social justice, 2020 theme, history, and its significance. 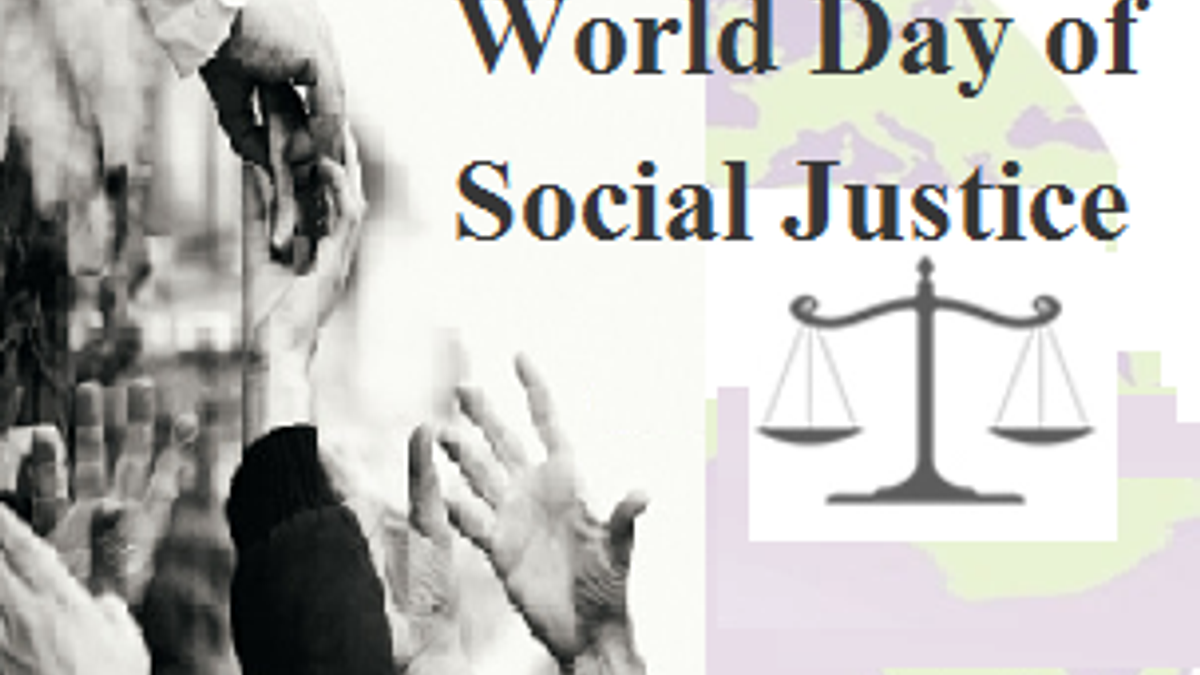 This is the day to raise voice against social injustice and to remove barriers regarding gender, race, inequality, religious discrimination, etc. It also highlights the social injustice done throughout the world and to look into the solutions and improvements.

We can't ignore the fact that Social injustice is an important principle for peaceful and prosperous coexistence within and among nations. To remove the barriers basically that people face about gender, age, race, ethnicity, religion, culture or disability, etc. it is necessary to uphold the principles of social justice.

The theme of World Day of Social Justice 2020 is "Closing the Inequalities Gap to Achieve Social Justice”. It focuses on social justice as it is the global mission of the UN to promote the development and human dignity.

The theme of World Day of Social Justice 2019 is 'If you want Peace and Development, Work for Social Justice'. According to ILO estimates, currently, around 2 million people live in fragile and conflict-affected situations, of which more than 400 million are aged 15 to 29. It is also seen that less than 40% of people have better quality jobs and better access to jobs to increase their incomes and to contribute more cohesive and equitable societies. It is important to prevent violent conflicts and to address post-conflict challenges.

Let us tell you that the World Day of Social Justice is a global observance and is not a public holiday. In 1995, the World Summit for Social Development was held in Copenhagen, Denmark and resulted in the Copenhagen Declaration and Programme of Action. In the summit more than 100 political leaders pledged to fight against poverty and full employment, also they will work for stable, safe societies. It was also decided that there is a need to put people at the center of development plans.

After 10 years, the members of UN states reviewed the Declaration of Copenhagen and Programme of Action for Social Development in New York in February 2005. How to advance social development was also the key point of discussion. On 26 November, 2007, the UN General Assembly declared 20 February as the annual World Day of Social Justice. In 2009, this day was first observed.

According to the World Summit, social developments aimed at social justice, solidarity, harmony and equality within and among countries. No doubt that social justice, equality, and equity constitute the fundamental values of all societies. It is necessary for the government to create a framework for achieving 'a society for all' to promote social justice at national, regional and international levels.

They also pledged to create an equal opportunity for job seekers, equitable distribution of income and greater access to resources through equity and equality.

It is celebrated with the objective of raising your voice against social injustice that is to promote social justice and to bring the various communities internationally together to eliminate poverty, gender, and physical discrimination, illiteracy, religious discrimination, etc. to make a socially integrated society.

So, now you may have come to know about the World Day of Social Justice, why is it celebrated, what is the theme of 2020, etc.