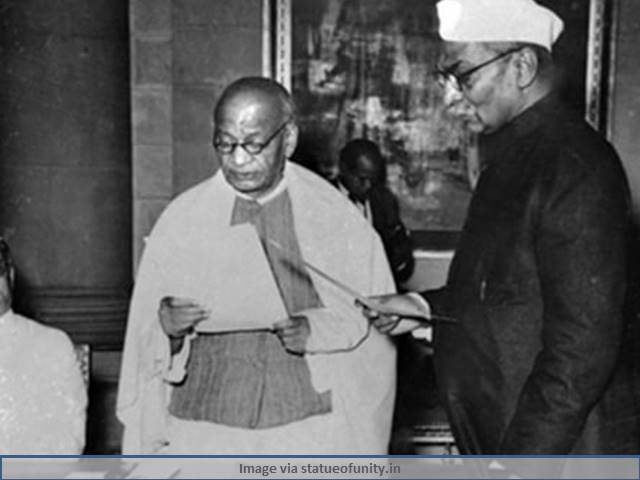 Rashtriya Ekta Diwas 2019: CBSE has instructed all schools and institutions affiliated with it to celebrate 31st October, starting 2019 onwards as the Rashtriya Ekta Diwas to commemorate the birth anniversary of Sardar Vallabhbhai Patel, popularly known as the Iron Man of India. Additionally, the University Grants Commission (UGC) has also issued guidelines to all educational institutions that operate under its aegis to celebrate National Unity Day on the same day. The circulars issued by CBSE and UGC calls for organizations of various cultural and educational programmes are based on the life of Sardar Vallabhbhai Patel - India's first home minister and freedom fighter.

Sardar Vallabhbhai Patel was born on 31st October 1875 at Nadiad in Gujarat. He was fondly referred to as the Iron Man of India for bringing together thousands of princely states to form the national union that we call India. According to the CBSE circular, this year, Rashtriya Ekta Diwas is being celebrated as an opportunity to “re-affirm the inherent strength and resilience of our nation to withstand the actual and potential threats to the unity, integrity and security of our country.” The Board has asked schools and educational institutions to celebrate the National Unity Day in accordance with this theme.

As part of the Rashtriya Ekta Diwas Celebration on 31st October 2019, CBSE  has asked schools affiliated to it to organize various events and activities for students of different classes and also spread the message of unity and integrity among them. As part of the celebration, the Board will organize ‘Run for Unity’ event for 11th and 12th Class students, Prabhat Pheri for upper primary class students and Pledge Taking Ceremony for all the students.

CBSE schools will also organize essay writing competition and debate competitions on themes of Sardar Vallabhbhai Patel, and Ek Bharat Shrestha Bharat activities on 31st October 2019. In addition to this, a March Past by NCC/Scouts/NSS students is also planned as part of celebrations of National Unity Day. The UGC circular has also called upon higher educational institutions to organize activities on similar lines. After the conclusion of the celebrations for Rashtriya Ekta Diwas, schools and institutions have been asked to submit a detailed report about it with the respective authorities.

CBSE Schools and Higher Education Institutions have also been asked to nominate or submit recommendations for the Sardar Patel National Unity Award. National Unity Award has been constituted by the Home Ministry to recognize “exemplary and outstanding individual contribution and tireless and selfless work done by citizens to promote the cause of national unity and integrity to strengthen the fabric of the country as one nation”. Nominations can be filed online by logging onto the Home Ministry Portal at www.nationalunityawards.mha.gov.in.