11 facts that you don’t know about Oscars

Find out 11 interesting facts that you don’t know about one of the most prestigious award of cinematic industry of the world i.e. Academy Awards

Academy Awards (popularly known as Oscars) are presented by Academy of Motion Picture Arts and Sciences (AMPAS) to recognize and reward the excellence in cinematic achievements in the United States film industry. The awards ceremony was first broadcast on radio in 1930 and broadcasted on television for the first time in 1953.

Facts about the Academy awards are significant to study from MBA entrance exam perspective. Questions pertaining to award ceremonies are generally asked in the general knowledge section of various exams such as IIFT, XAT, NMAT, SNAP and MICAT etc. This article sums up list of 11 facts that you might not be aware about Oscars.

Let us find out some interesting facts about the Academy Awards that will startle you.

11 facts that you don’t know about Oscars 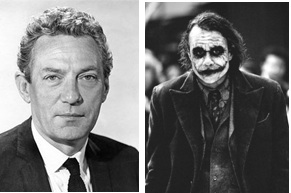 Peter Finch and Heath Ledger are the only actors to be awarded an Academy Award posthumously for their films Network and Heath Ledger respectively. Ledger Aka the Joker’s Oscar was gifted to his young daughter Matlida.

Katharine Hepburn won four Best Actress Oscars. The last one was in 1981 for On Golden Pond which also had another Hollywood legend Henry Fonda along with her.

Liza Minnelli won the best Actress award for Cabaret in 1972. She is the only Oscar winner whose parents both earned Oscars. Judy Garland, her mother, received an honorary award in 1939 and her father, Vincente Minnelli, won Best Director for Gigi in(1958).

Top 10 Business News Channels that an MBA aspirant must watch

6. Oscar statuettes are a legal property of the Academy of Motion Picture Arts and Sciences. It is said that before an Academy Award winner can sell his Oscar, he must first offer to sell it to the Academy first for one dollar. This mandate has been made to discourage winners from selling the award for financial gains. But contrary to this mandate, Oscars awarded before 1950 were not bound by this agreement. Hence, Orson Welles, 1941 Oscar for Citizen Kane was sold at auction for over $800,000 in 2011!

7. Only three films have won all of the "Big Five" Academy Award categories: It Happened One Night (1934), One Flew Over the Cuckoo's Nest (1975), and The Silence of the Lambs (1991). The Big Five categories include: Best Picture, Best Director, Best Actor, Best Actress, and Best Screenplay.

Walt Disney holds the records for both the most Academy Award nominations (59) and Oscars won (22).

Bob Hope has hosted the ceremony for a whopping 19 times, making him the most frequent Oscar host.

Moonlight is the lowest-budget best picture winner of all time: made for $1.6m

Mahershala Ali has become the first Muslim actor to win Oscar for his role in the movie Moonlight.

After taking a look at all the interesting facts, let us now find out the list of awardees in the Academy Award 2017.

We hope that the article on 11 facts that you don’t know about Oscars, was resourceful in enhancing your existing information about the Academy Awards.

In case you have more interesting facts to share about the Academy Awards, then we would love to listen from you about the same in the comments section at the end of the article.