Good News for the candidates looking for a government job in Bihar. This year, Bihar Public Service Commission is going to fulfil 9543 vacancies of various posts including Civil Services, Professor and others. Check Details here. 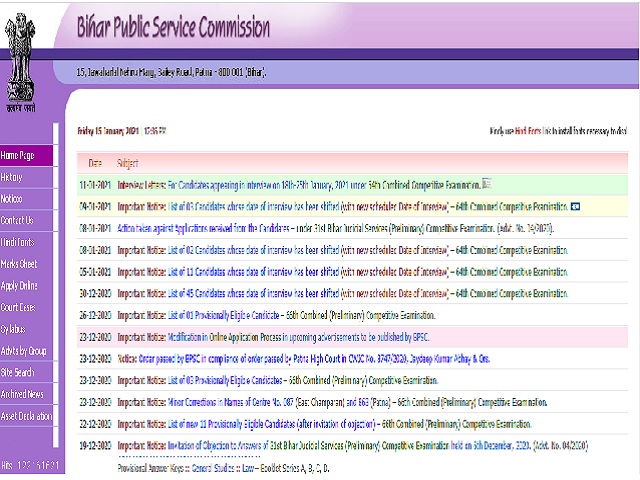 Good News for the candidates looking for a government job in Bihar. This year, Bihar Public Service Commission is going to fulfil 9543 vacancies of various posts including Civil Services, Professor and others. The commission has already started the process for this recruitment. In this article, we have added the brief of the vacancies and the services, candidates can through this article to know all details about the recruitment process.

Vacancies to be recruited in BPSC 64th to 66th Civil Services

Vacant Posts of Engineers to be filled

Approx. 1284 Vacancies of Assistant Engineers will be appointed in the PHED, REO, PWD and State Building Construction Departments. The result of the main exam for the Assistant Engineer Post will be released on 18 January 2021. Then, the interview round will be conducted for the candidates who will qualify in the mains exam.

Engineer Professor Vacancies to be recruited

The Commission Secretary Keshav Ranjan informed that the appointment process for the post of Assistant Professor is also going on in Government Engineering and Polytechnic colleges of the state. Approximately three and a half thousand posts will be appointed through this recruitment process.

Apart from this, the appointment of various posts is yet to be done including Judicial Service, Assistant Professor in various medical colleges and universities. The candidates will be selected on the basis of Interview.

As per Keshav Ranjan, Despite the COVID-19, the commission had completed the interview process of BPSC 64th CCE 2020 with an appointment to 1171 vacancies and also conducted BPSC 66th CCE (Civil Services) Prelims 2020 Exam.

The commission had recruited Assistant Professor vacancies in Medical Colleges even after COVID-19 itself. Out of which 27 vacancies were of professors of music in BN Mandal University (Madhepura), 26 vacancies of professors for State Training College, 26 professors of health and physical education,  102 posts of Assistant Engineer Mechanical, 6 posts of Civil were appointed. The largest appointment was for 451 posts for all teacher training colleges in the state.