CBSE Class 12 Board Exams 2017: Maths Paper on 20 March; Expected to be Easy as per CBSE circular

There is some good news for students appearing for CBSE Exam next year! CBSE (Central Board of Secondary Education) is likely to ease the examination pattern for the CBSE Mathematics Paper for class 12 students. Get, new paper pattern and solved sample paper from this article.

But, there is some good news for students appearing for CBSE class 12 board exams 2017! CBSE (Central Board of Secondary Education) has eased the examination pattern for the CBSE Mathematics Paper for class 12 students.

CBSE has already announced that the difficulty level of CBSE class 12 Mathematics paper 2017 will be toned down. Along with this, the board has introduced a new paper pattern for CBSE 12th Maths Paper.

As per latest CBSE class 12 Maths sample paper 2017, the board has introduced short-answer type questions carrying two marks each. At the same time, the numbers of controversial higher-order thinking skills (HOTS) questions are restricted. The HOTS questions are divided into two parts of four and six marks with total mark weightage of 10 marks. More flexibility is available in terms of choice of questions as well.

The announcement by CBSE has been met with positive responses from students as well as the academic community in the country. CBSE teachers have commended the move to restrict the number of HOTS questions, which were primarily responsible for raising the difficulty level of the paper. On a similar note, teachers have also welcomed the move to introduce short 2-mark question in the examination pattern from 2017. This is the first time that the board would introduce 2-mark short questions for mathematics paper for Class 12.

Circular released by CBSE board

In summation, CBSE has also clarified that students can expect the CBSE 12th Mathematics Paper 2017 to be categorized as 20% easy, 60% as average and 20% as difficult.
The board has also released two sample papers of CBSE Class 12 Mathematics based on the new pattern.
A snapshot from CBSE Sample Paper 2017 by CBSE board 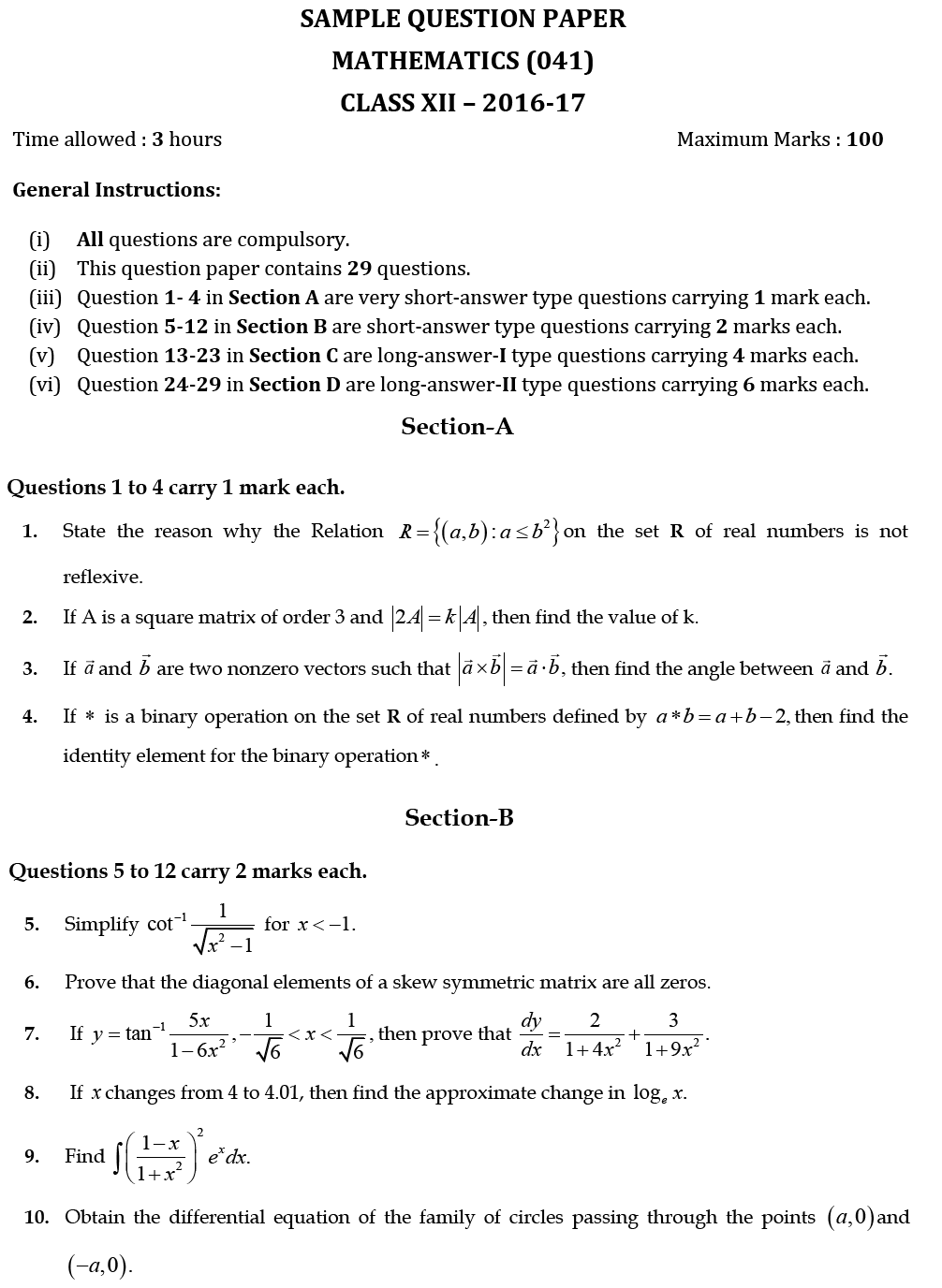