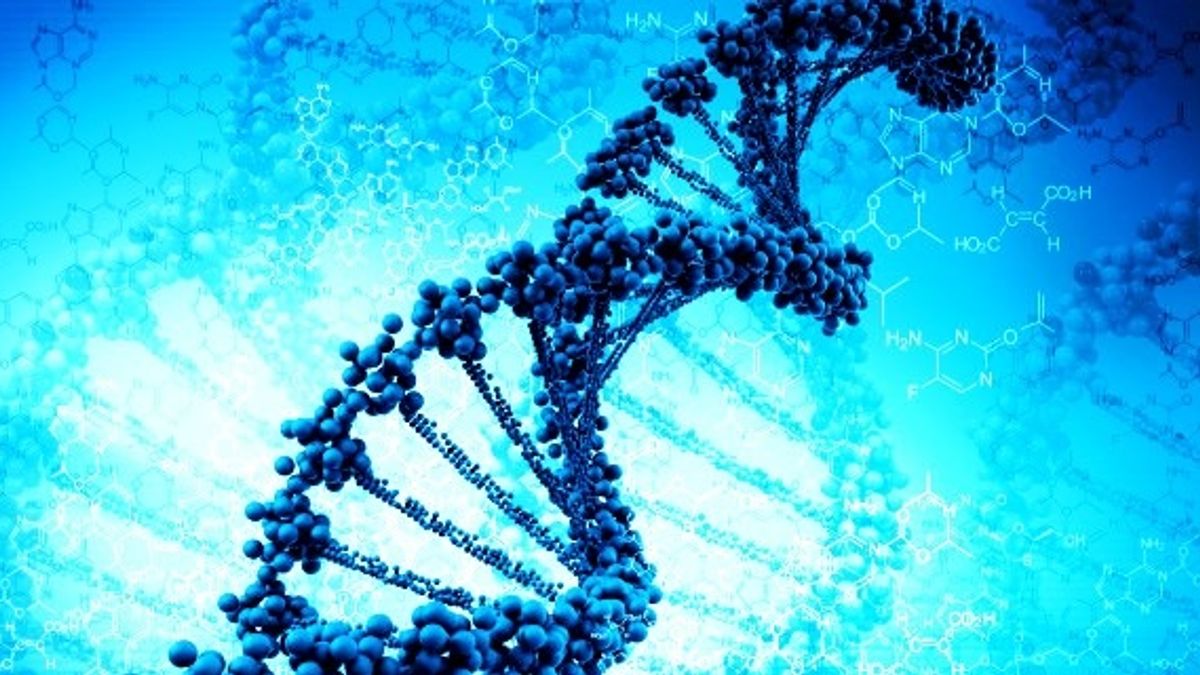 Students preparing for CBSE Class 12 Biology board exam 2018 are advised to go through the latest Sample Paper issued by CBSE.

If you are looking for important 1 marks, 2 marks and 3 marks questions of CBSE Class 12 Biology board exam 2018 then please go through the links given below:

Question: (a) Mention the role of vectors in recombinant DNA technology. Give any two examples.

(b) With the help of diagrammatic representation only, show the steps of recombinant DNA technology.

Question: (a) What is plasmid?

(b) What is meant by ADA deficiency? How is gene therapy a solution to this problem? Why is not a permanent cure?

Question: Explain Hershey-Chase experiment. What was proved through this experiment?

CBSE Solved Papers for 2018 board exams

Question: Explain the steps involved in the production of genetically engineered insulin.

Question: (a) Name the nematode that infects and damages tobacco roots.

(b) How are transgenic tobacco plants produced to solve this problem?

Question: Explain the steps involved in the production of genetically engineered insulin.

Question: (a) Name the nematode that infests and damages tobacco roots.

(b) How are transgenic tobacco plants produced to solve this problem?

Question: Explain the steps involved in the production of genetically engineered insulin. Why is insulin thus produced preferred to the one produced from non-human sources?

Question: (a) Why is Bacillus thuringiensis considered suitable for developing GM plants?

(b) Explain how it has been used to develop GM crops.

Question: What is semiconservative replication of DNA? Explain how it was experimentally proved.

Question: (a) A true breeding pea plant homozygous for axial violet flowers is crossed with another pea plant with terminal white flowers (aavv). Work out the cross to show the phenotypes and genotypes of F1 and F2 generations along with the ratios.

(b) State the law that Mendel proposed on the basis of such a cross.

Question: What are transgenic animals? Explain any four ways in which such animals can be beneficial to humans.

Question: (a) What is a plasmid?

(b) What is meant by ADA deficiency? How is gene therapy a solution to this problem? Why is it not a permanent cure?

Question: Explain with the help of a diagram the development of a mature embryo sac from a megaspore mother cell in angiosperm.

Question: (a) Explain the experiment performed by Griffith on Streptococcus pneumoniae. What did he conclude from this experiment?

(b) Name the three scientists who followed up Griffith’s experiments.

(c) What did they conclude and how?

Question: One of the main objectives of biotechnology is to minimise the use of insecticides on cultivated crops. Explain with the help of a suitable example how insect resistant crops have been developed using techniques of biotechnology.

Question: (a) How is mature insulin different from proinsulin secreted by pancreas in humans?

(c) Why is the functional insulin thus produced considered better than the ones used earlier by diabetic patients?

Question: (a) How did Griffith explain the transformation of R strain (non-virulent) bacteria into S strain (virulent)?

(b) Explain how MacLeod, McCarty and Avery determined the biochemical nature of the molecule responsible for transforming R strain bacteria into S strain bacteria.

Question: (a) You are given tall pea plants with yellow seeds whose genotypes are unknown. How would you find the genotype of these plants? Explain with the help of cross.

(b) Identify a, b and c in the table given below:

(a) When and how does placenta develop in human female?

(b) How is the placenta connected to the embryo?

(i) How does a Chromosomal disorder differ from a Mendelian disorder?

(iii) List the characteristics of the disorders mentioned above that help in their diagnosis.

Fitness is the end result of the ability to adapt and get selected by nature. Explain with suitable example.

When and where are primary oocytes formed in a human female? Trace the development of these oocytes till ovulation (in menstrual cycle). How do gonadotropins influence this developmental process?

(i) Explain the events taking place at the time of fertilization of an ovum in a human female.

(ii) Trace the development of the zygote upto its implantation in the uterus.

(iii) Name and draw a labelled sectional view of the embryonic stage that gets implanted.

Describe the process of decomposition of detritus under the following heads: Fragmentation; leaching; catabolism; humification and mineralisation.

Question: Describe in sequence the events that lead to the development of a 3-celled pollen grain from microspore mother cell in angiosperms.

Question: (a) Give a schematic representation showing the events of spermatogenesis in human male.

(b) Describe the structure of a human sperm.

Question: (a) State the law of independent assortment.

Question: How did Alfred Hershey and Martha Chase arrive at the conclusion that DNA is the genetic material?

Question: (a) Why are herbivores considered similar to predators in the ecological context? Explain.

(b) Differentiate between the following interspecific interactions in a population:

(i) Mutualism and Competition

Question: (a) Trace the succession of plants on a dry bare rock.

(b) How does phosphorus cycle differ from carbon cycle?

Question: Explain the process of fertilisation in human female, and trace the post-fertilisation events in a sequential order up to implantation of the embryo.

Question: (a) Explain with the help of a graph the population growth curve when resources are

(i) limiting and (ii) not limiting.

(b) “Nature has a carrying capacity for a species.” Explain.

Question: (a) State the arrangement of different genes that in bacteria is referred to as ‘operon’.

(b) Draw a schematic labelled illustration of lac operon in a ‘switched on’ state.

(c) Describe the role of lactose in lac operon.

(b) State the Mendelian principle which can be derived from such a cross and not from monohybrid cross.

Question: Explain the process of protein synthesis from processed m-RNA. 5

Question: Which methodology is used while sequencing the total DNA from a cell? Explain it in detail.

Question: Citing lake as an example of a simple aquatic ecosystem, interpret how various functions of this ecosystem are carried out. Make a food chain that is functional in this ecosystem.

(a) Colonization of a rocky terrain is a natural process. Mention the group of organisms which invade this area first. Give an example.

(b) Over the years, it has been observed that some of the lakes are disappearing due to urbanization. In absence of human interference, depict by making a flow chart, how do the successional seres progress from hydric to mesic condition.

(c) Identify the climax community of hydrarch and xerarch succession.

Question: Draw a labelled diagram of the sectional view of a mature pollen grain in angiosperms.

Explain the functions of its different parts.

Question: Give a schematic representation of oogenesis in humans. Mention the number of chromosomes at each stage. Correlate the life phases of the individual with the stages of the process.

Question: (a) Draw a schematic labelled diagram of a fertilised embryo sac of an Angiosperm.

(b) Describe the stages in embryo development in a dicot plant.

Question: (a) Draw a labelled diagram of a sectional view of human seminiferous tubule.

(b) Differentiate between gametogenesis in human males and females on the basis of:

(i) time of initiation of the process.

(ii) products formed at the end of the process.

Question: (a) Draw a labelled schematic representation of a mature embryo sac of an angiosperm.

(b) Explain the role of ovarian hormones in inducing changes in the uterus during menstrual cycle.

(c) What triggers release of oxytocin at the time of parturition?

Question: (a) Give a schematic representation of oogenesis in human female indicating the chromosomal number at each step. Mention at what stage of female life does each phase occur.

(b) Where would you look for coleoptile and coleorhiza? What function do they perform?

(a) Trace the development of embryo after syngamy in a dicot plant.

(c) Draw a diagram of a mature dicot embryo and label cotyledons, plumule, radicle and hypocotyl in it.

(a) Draw a labelled diagram of L.S. of a flower to show the growth of pollen tube reaching egg apparatus.

(b) Pistil of a flower does not accept pollen from any plant other than from its own kind. How does it happen? Explain

Draw and explain a logistic curve for a population of density (N) at time (t) whose intrinsic rate of natural increase is (r) and carrying capacity is (k).

Question: (a) Draw the pyramids of biomass in a sea and in a forest. Explain giving reasons why the two pyramids are different.

(b) “Pyramid of energy is always upright.” Explain.