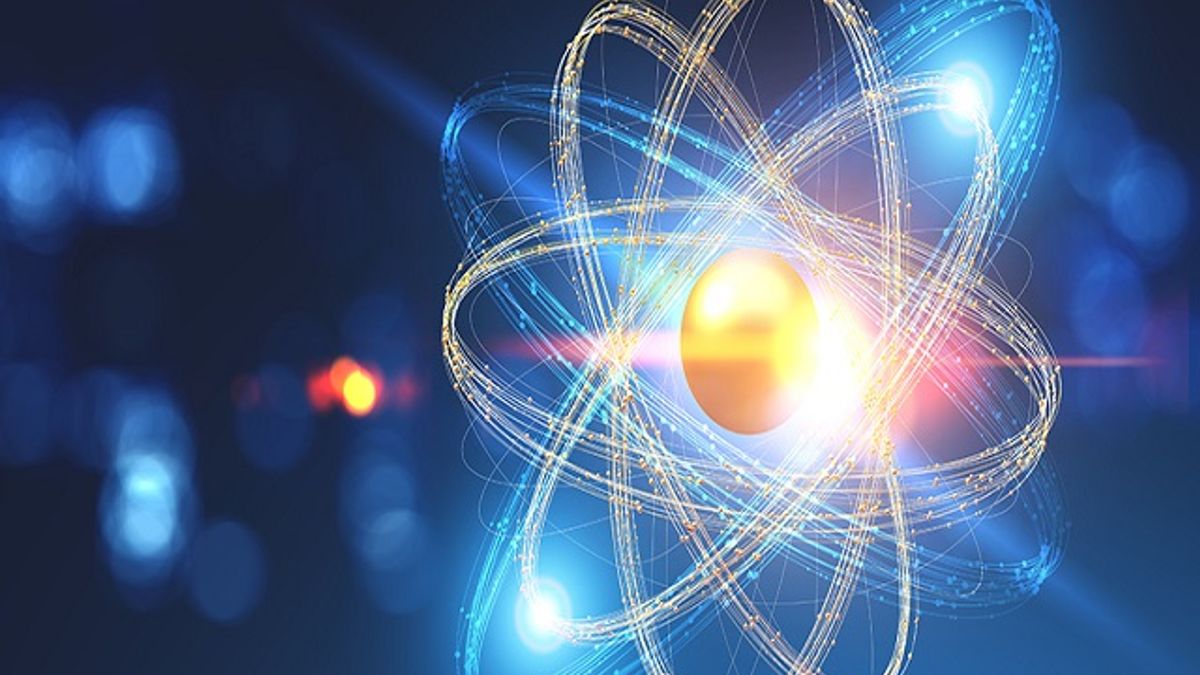 Q1. In young’s double slit experiment, the width of the fringes obtained when light of wavelength 6000 Ȃ is 2. 0 mm. What will be the fringe width if the entire apparatus is immersed in a liquid of refractive index 1.33?

Q2. A monochromatic light of wavelength 5100 Ȃ from a narrow slit is incident on a double slit. If the overall separation of 10 fringes on a screen 200 cm away is 2 cm then, the separation between the slit is

Q3. Consider interference between two waves from two sources of intensities I and 4I. What is the ratio of intensities at the point where the phase difference is π?

The resultant intensity at a point where two waves of amplitudes a1 and a2 meet with a phase difference of ϕ is given by: IR = a12 + a22 +2 a1a2cos ϕ.

Q4. Two periodic waves of intensities I1 and I2pass through a region at the same time in the same direction. The sum of maximum and minimum intensities is:

The maximum intensity of two waves having intensity I1 and I2 is given by:

The minimum intensity of two waves having intensity I1 and I2 is given by:

Q5. The polarizing angle for a medium is 60o. The critical angle for this medium is

Let C be the critical angle for the medium then,

Now this light falls on Polaroid B, whose polarizing axis makes an angle of (90o ‒ θ) with the axis of Polaroid C.

Applying Malus law again we have,

Q7. A monochromatic light of wavelength 6000 Ȃ is coming from a star. What is the limit of resolution of a telescope whose objective has a diameter of 100 inch?

Q8. Light incident on a transparent medium is found to be completely plane-polarised after reflection. If the refractive index of glass plate is 1.57 then, the refracting angle of glass is:

As the reflected light is plane polarised, therefore the incident angle is polarizing angle.

If, ipis the polarizing angle then, by Brewster’s law

Q9. Two coherent monochromatic light beams of intensities I and 4I are superimposed. The maximum and minimum possible intensities in the resulting beam are

Let intensities be I1, I2 and their amplitude is a1 and a2 respectively.

Q10. In a double slit experiment with monochromatic light, fringes are obtained on a screen placed at some distance from the slits. If the screen is moved by 5×10-2 m towards the slits, the change in the fringe width is 3×10-5 m. If the distance between the slits id 10-3 m, The wavelength of the light used is: 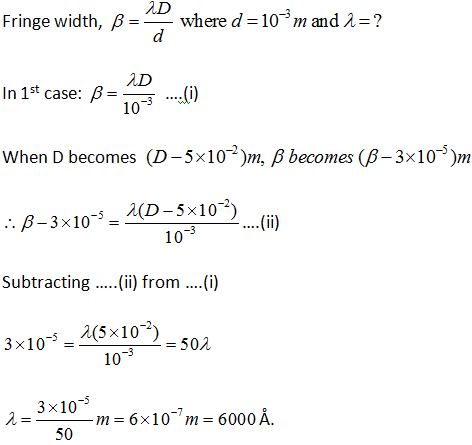